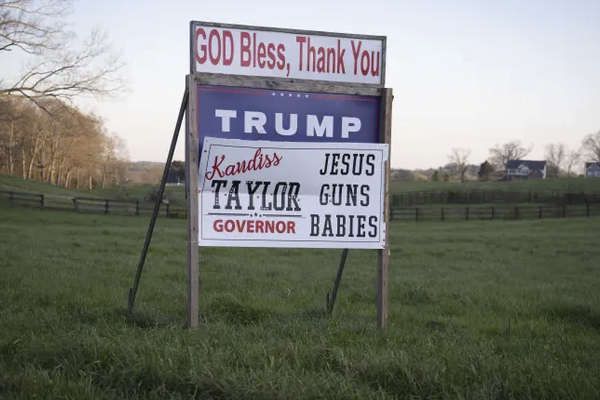 Editor's Note: This essay was submitted for publication before the official release of the Supreme Court's final round of opinions for the term, including in Dobbs v. Jackson Women's Health Organization.

At the time that I wrote this essay, a woman’s access to abortion was technically the constitutionally mandated law of the land. By the time that you read this article, Roe v. Wade will have been struck down by the Supreme Court, speaking to how rapidly the United States is being transformed by an extreme right-wing political project. If you read this column again, let’s say in a year after the midterm elections, and if the Republicans have retaken both the House and the Senate, then fully expect that there will be a national abortion ban, as Senate Minority Leader Mitch McConnell has promised, for when it comes to the most extreme of their positions, the ultra-right is always reliable in at least that regard. Justice Samuel Alito’s leaked decision in Dobbs v. Jackson Women’s Health Organization rather disingenuously and mockingly claimed that abortion rights would become entirely a states’ issue, but the revanchists have been wasting no time to ensure a federal ban on a basic issue of women’s bodily autonomy.

Last week, the libertarian “think tank” the Heritage Foundation, who believe in the unfettered freedom to poison the environment and exploit workers but not to make intimately personal decisions about your own health, held a “Life after Roe Symposium,” endorsing a federal ban on abortion. The National Right to Life Committee has plans that are even more dystopian, criminalizing speech that’s pro-choice, with Susan Rinkulas of Jezebel aptly describing such proposed policy as establishing a “worsening hell of criminalization, state surveillance, and maternal deaths.” At their Washington DC symposium, the Heritage Foundation’s president Kevin Roberts intoned “We’re being called to reclaim this country.”

Believe the fascists when they say this, and believe that the sweeping, radical, authoritarian program they have in mind for the United States includes not just a ban on abortion, but the establishment of a de facto Christian theocracy.

A June 2022 poll from ABS News/Ipsos reported that 70% of Americans support comprehensive gun control legislation, with Ivana Saric of Axios noting that “Americans overwhelmingly prioritize gun control over ownership rights,” but on June 23, the Supreme Court struck down even the most tepid of common-sense gun control in New York State Rifle & Pistol Association v. Bruen, the same day that the court gutted Miranda Rights. The first decision’s majority opinion was written by Justice Clarence Thomas, whose wife it’s always worth noting was enthusiastically involved in the attempted coup on January 6th.

An October 2021 poll from the Pew Research Council revealed that 54% of Americans support a robust separation of church and state, but this week’s decision in Carson v. Makin mandated that states must support explicitly religious education with taxpayer money, though many on the right are already adamant on just what constitutes a faith, with Josh Blackman of Reason magazine claiming that Reform Judaism is undeserving of religious freedom protections since he maintains that their beliefs aren’t held “sincerely.”

Meanwhile, just this month Gallup demonstrated that 55% of Americans identify as “pro-choice,” and even larger majorities reject the most extreme positions of the forced-birthing movement. Yet all of us fully expect that Roe v. Wade will be struck down before the end of the month. Worth remembering that of the unelected justices empowered with making these decisions, a third (Neil Gorsuch, Brett Kavanaugh, and Amy Coney Barrett) were appointed by Donald Trump, who received far less than half of the popular vote. And, while John Roberts and Samuel Alito were appointed during George W. Bush’s second term, he first took office after losing the popular vote as well. This is the most manifestly anti-democratic court since Chief Justice Roger Taney’s in the years before the Civil War. That the Supreme Court in no way represents the interests or beliefs of the mass of the electorate is a truism so obvious it sometimes goes unstated, but it’s important to state it, emphatically and often. Even more disturbingly, obviously, is to what end all of these decisions are being made, for as Elie Mystal and Ryan Doerfler note at The Nation, the ”court’s conservatives – now a rock-solid majority – seem ready to complete the ideological project even openly and triumphantly.”

To focus only on the judicial activism from the bench is to miss the forest for the trees, however, for our slide into autocracy isn’t just manifested with 6-3 decisions out of the Supreme Court, but from the rank and file of the national and state GOP, and the armed shock troops of the Republican Party’s ongoing insurrection, from the Proud Boys to the Three Percenters. Supreme Court Justice Louis Brandeis wrote in 1913 that the states were the “laboratories of democracy;” today they’re rather the torture cells of autocracy. As a case in point, examine the 2022 Texas State GOP’s official platform ratified this month, which among other planks proposes a state-level electoral college which would completely disenfranchise the majority of Texans, declaring LGBTQ people to be guilty of an “abnormal lifestyle choice” while proposing policies to strip them of their basic rights, officially maintaining that President Joseph Biden was not the winner of the 2020 election, and demanding a referendum be held by next year concerning secession.

For anyone not enraptured to patriotic pablum and paeans of American exceptionalism, the goal of the far right and the GOP, who are now synonymous, is obvious – to create a permanent state of reactionary minoritarian rule, where women and their doctors can be jailed because of abortion, where your tax money funds evangelical Christian schools, and where protest is kept in check by police and federal agents who can no longer be charged with the violation of individual rights, assisted by militias who’ve assembled an arsenal of millions of firearms. None of this is randomly decided and all of it is to work in tandem. In her book American Fascism: How the GOP is Subverting Democracy, Trans activist and Senior Defense Analyst at the RAND Corporation Brynn Tannehill writes that American democracy isn’t “just in steep decline, but that we… [are] in the middle of an autocratic attempt.”

Everyone on the right understands and enthusiastically embraces this, save for maybe a few sad representatives who are accused of being “RINOs” by their own constituents and are unwilling to admit the role which the Republican Party played in getting us to this point. Some liberals and some leftists comprehend the score, but not yet enough, and entirely too many are also unwilling to admit how the quisling, milquetoast centrism of the DNC is responsible as well. The January 6th Committee, as admirable and necessary as that work may be, has engaged entirely too much in preaching to the choir, and not enough in preventing whatever awaits us on January 6th, 2025. Speaker of the House Nancy Pelosi seems, like most of her colleagues, too enraptured with the myth of the Good Republican, and President Biden has never availed himself of the rhetorical power of the bully pulpit right when we most need it.

That the Democratic Party seems unaware that the United States is headed to either an apartheid theocracy or civil war doesn’t mean that the bulk of voters don’t have that awareness. The unending litany of horrors that have appeared with increasing regularity since the 2016 presidential election don’t need to be subtly interpreted by most of us, from the increasingly genocidal anti-LGBTQ rhetoric of conservative politicians to the whitewashing of historical atrocity, to the cruel, misogynistic anti-abortion bounty-hunter laws enacted in Texas and elsewhere, to the proliferation of far-right American brownshirt phalanxes. In America, a well-armed mobocracy is instrumental to the maintenance of stochastic, reactionary tyranny. As Jeff Sharlet warns in his upcoming, brilliant book The Undertow: Scenes from a Slow Civil War,

Such are the spiritual truths of the Trumpocene… A ‘fringe’ that surrounds the center and moves inward, until suddenly there it is, the fringe, at the heart of things: the QAnon Shaman in the Senate chamber, or Representative Marjorie Taylor Greene… or Representative Lauren Boebert, who open carries; the ‘zip tie guy’ or Ginni Thomas, who helped plan that awful day in Washington.

Nobody sane wants a civil war, but how do we prevent it? How do we avoid fascism? General strike? Tax protest? Let me know by 2030 if you’re still allowed to read things like this.