David P. Barash is professor of psychology emeritus at the University of Washington. His most recent book is Threats: Intimidation and its Discontents (Oxford, 2020). 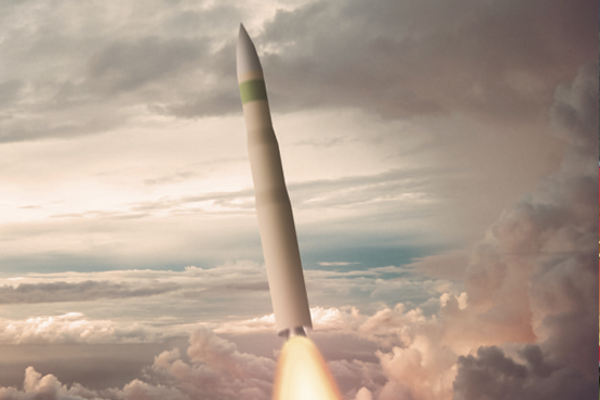 When it comes to the Ukraine War, no one has a crystal ball. With Putin rattling his rockets and the world worried about his next step, the most important take-home message from this disastrous affair — however it ends — should be that nuclear weapons must go.

And yet, beyond death and destruction, another outcome is very likely and potentially tragic; namely, a renewed call for more and “better” nuclear weapons.

The claim is already being made that if Ukraine hadn’t given up its nuclear weapons in the mid-1990s, Putin would not have attacked that country. Nukes, we are told, would have deterred him, and so, we should cast our lot — even more than at present — with nuclear weapons so as to deter would-be aggressors.

Nor did the threat presumably posed by the US nuclear arsenal deter aggressive maneuvers by the Soviet Union when it was not yet a nuclear power. In 1948, the US had a nuclear monopoly, which didn’t inhibit Stalin from initiating the Berlin Blockade, one of the USSR’s most provocative Cold War actions. In fact, the Soviets were most aggressive vis-à-vis the US between 1945 and 1949, when only the US had nuclear weapons. It was during that time that Stalin, in violation of the promises he had made to Roosevelt and Churchill during their Yalta summit, consolidated Soviet control over its Eastern European satellites.

Moreover, the alleged deterrent effect of nuclear weapons did not even prevent actual attacks by non-nuclear opponents upon nuclear-armed states or their avowed strategic interests. In 1950, China was 14 years from developing its own nuclear weapons, whereas the US had dozens, perhaps hundreds of atomic bombs. US military and civilian officials judged, moreover, that China’s military was exhausted by decades of civil war and would not dare intervene against the world’s sole nuclear superpower. They were spectacularly wrong. As the Korean War’s tide shifted against the North, Mao’s China felt threatened that General MacArthur’s forces wouldn’t stop at the Yalu River and might invade China in an attempt to overthrow its new, communist government.

To the surprise and consternation of US leadership, the American nuclear arsenal did not deter China from sending more than 300,000 soldiers southward, resulting in the stalemate on the Korean peninsula that divides it to this day, and that has produced one of the world’s most dangerous unresolved standoffs. In 1956, nuclear-armed Great Britain warned non-nuclear Egypt to refrain from nationalizing the Suez Canal, to no avail. The UK, France, and Israel ended up invading the Sinai in an unsuccessful effort to achieve their goal. A decade later, Israel had obtained its own nuclear weapons, which didn’t keep armies from non-nuclear Egypt, Syria, and Jordan from attacking it in the 1973 Yom Kippur War. Argentina invaded the British-held Falkland Islands in 1982, even though the UK had nuclear weapons and the attacker did not.

Following the US-led invasion of Iraq in 1991, that non-nuclear country was not deterred from lobbing 39 Scud missiles at nuclear Israel, which did not retaliate, although it could have demolished Baghdad. It is hard to imagine how doing so would have benefitted anyone; the fact that Israel had this capacity did not stay Saddam’s hand, perhaps because he realized that Israel would have had more to lose than to gain by “making good” on its implied deterrent threat. Moreover, nuclear weapons obviously did not deter the terrorist attacks of 9/11 on New York and Washington, DC, just as the nuclear arsenals of the UK and France have not prevented repeated terrorist attacks on those countries.

The pattern of nuclear non-deterrence is historically established and geographically widespread, along with the frequent failure of nuclear-armed militaries to get their way, even against non-nuclear countries. Nuclear-armed France couldn’t prevail over the Algerian National Liberation Front. The US nuclear arsenal didn’t inhibit North Korea from seizing an American intelligence-gathering vessel, the USS Pueblo, in 1968. Even today, this boat remains in North Korean hands. Its nuclear arsenal didn’t enable China to get Vietnam to end its invasion of Cambodia in 1979; a conventional invasion did. Nor did US nuclear weapons stop Iranian Revolutionary Guards from capturing US diplomats and holding them as hostages from 1979 until 1981, just as fear of American nuclear weapons didn’t prevent Iraq from invading Kuwait in 1990.

Moreover, the historical record is clear that when a nuclear state is losing in an armed struggle against a non-nuclear one, being armed with what was once called “the winning weapon” doesn’t contribute to winning. The US unequivocally lost in Vietnam, but accepted this defeat rather than flailing about with its atomic and hydrogen bombs. Ditto for the USSR and then the US in Afghanistan, outcomes that were not reversed by the superpowers’ ability to incinerate Kabul.

By the end of the 20th century both India and Pakistan had nuclear weapons, which might have inhibited each side – thus far – from using them. But it certainly hasn’t made their confrontations less dangerous, nor, it seems likely, any less frequent. In 1999, Pakistan snuck military units – disguised as Kashmiri militants - into the high-altitude region known as Kargil, on the Indian side of the Line of Control that separates India and Pakistan in the disputed region of Jammu and Kashmir. The Pakistanis apparently thought that its nuclear arsenal would force India to accept the move as a fait accompli. Pakistan had tested its first nuclear weapons in 1998, and it seems likely that its military was emboldened by this addition to its arsenal, expecting that the threat of going nuclear would inhibit an Indian response. If so, it didn’t work. India responded by mobilizing 200,000 troops, initiating an air campaign (not answered by Pakistan), and preparing a naval blockade of Karachi.

Pakistan’s next step was to begin issuing nuclear threats. Prime Minister Nawaz Sharif announced “If there is a war, or if the present confrontation continues on the borders, it will bring so much devastation, the damage of which will never be repaired.” This did no good whatever, and by mid-June, Indian forces had retaken all of the key positions in Kargil. India’s nuclear arsenal had not deterred the Pakistanis from their military adventuring, just as Pakistan’s didn’t prevent India from retaking its lost territory.

There is very little reason to think that nuclear weapons would have made Ukraine safe, or that they would benefit other countries, not to mention the world. Nonetheless, ostensibly because of the Ukraine War (or, more likely, using it as an excuse), the US Air Force now intends a three-fold increase in spending on a new ICBM — labelled “Sentinel” — from $1.1 billion to $3.6 billion. Former Secretary of Defense William Perry has described the proposed Sentinel as “one of the most dangerous weapons in the world,” because like all ICBMs, it would be easily targeted by an adversary and would leave a president only a few minutes to decide whether to launch a retaliatory strike, greatly increasing the risk of Armageddon based on a false alarm. The Ukraine War has also stimulated $5 billion on a new bomber (labelled “Raider”), which itself carries a planned total of $20 billion by fiscal 2027.

There are doubtless more ill-advised take-home messages yet to emerge from the Ukraine War. So, starting now, let’s disabuse ourselves of the illusion that this terrible war makes a case in favor of nuclear weapons, when the reality is precisely otherwise.