by Leah Allen and Pipa Marguerite

Pippa Marguerite is a junior at Grinnell College. 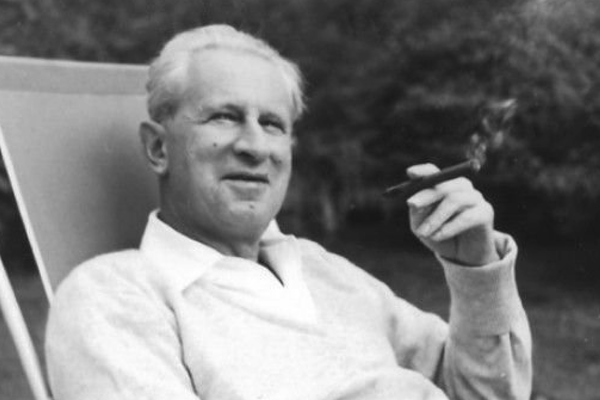 Although right-wingers like Rudy Giuliani argue that left-wing cancel culture is dangerous to free speech, the ongoing right-wing movement to ban Critical Race Theory (CRT) from school curriculums fits into the right’s long history of attacks on progressives’ free speech. The Texas Senate bill removing Martin Luther King, Jr’s “I Have a Dream” speech, Native American history, and the history of white supremacy from public school curriculums may be blocked from passing right now, but it has made waves throughout the internet. This bill comes amidst nationwide right-wing outrage over CRT, which Fox News reportedly mentioned nearly 1300 times between March and June this year.

This hysteria reached a boiling point last month when a Virginia school board meeting was shut down by right-wing protestors over a curriculum that allegedly promotes CRT, although Loudoun County Schools officials publicly stated that CRT is not part of their curriculum. The ongoing distress over CRT is fueled by a massive, right-wing media-backed movement to control school curriculums. Fox News host Tucker Carlson, for example, recently called for teachers to wear body cameras to monitor CRT teaching, despite previously arguing in favor of free speech on campuses.

The panic over CRT may seem to have come out of nowhere, with media coverage of it skyrocketing in recent months, but progressive movements in academia have caused alarm for decades. This began with conspiracy theories about critical theory (CT), a method of systemic critique which was the predecessor of CRT. These conspiracy theories focus on the developers of CT, the Frankfurt School thinkers, who were mostly Jewish, and claim that they infiltrated American universities with the goal of destroying Western culture and implementing “Cultural Marxism.”

While these theories may seem far-fetched, they are still promoted today by right-wing thinkers like Ben Shapiro and Jordan Peterson. Frankfurt School historian Martin Jay traced these conspiracy theories back to LaRouche movement writer Michael Minnicino’s essay that relies on little to no source material to make false, exaggerated claims. Minnicino claims, without evidence, that “the heirs of Marcuse and Adorno completely dominate the universities” and teach their students “’Politically Correct’ ritual exercises.” The essay reduces the Frankfurt School’s complex “intellectual history into a sound-bite sized package available to be plugged into a paranoid narrative,” according to Jay. Despite the suspicious beginnings of this conspiracy theory, right-wing thinkers like Jeffrey A. Tucker and Mike Gonzalez continue to blame the Frankfurt School thinkers for today’s attacks on free speech, going as far as to suggest executive action to prevent their influence.

While the evidence supporting CT conspiracy theories is dubious, there is historical evidence to suggest that the Frankfurt School thinkers were far too divided to have devised such a world-changing plot. One must only look towards Adorno and Marcuse’s final letters to each other—their correspondence on the German student movement in the 1960s—to see these divisions on full display.

In these letters, the two thinkers debated whether it was justified for Adorno to have called the police on a group of students who occupied his classroom demanding that he engage in self-criticism. While Adorno dismisses the students and their demands as “pure Stalinism,” Marcuse aligns himself with the students and their goals, finding it more helpful to aid the movement than disparage it. These thinkers differ in one key aspect: while Marcuse finds solidarity with the students in their goals, and is less concerned with how they achieve them, Adorno is repulsed by the means. How can a group that cannot even agree on which movements are good for society have possibly conducted such a mass, societal shift? The historical, fact-based evidence makes it clear—they didn’t.

Some figures on the right have cancelled the Frankfurt School, reducing their complex history into buzzwords, and rendering their ideas meaningless. This is just one example of how right-wing figures cancel things that counter their worldview through misinformation. CT conspiracy theories fit with former Trump advisor Sebastian Gorka’s claim that the Green New Deal will take your hamburgers, despite the proposal making no mention of meat. The theories also fit with the Governor of South Dakota Kristi Noem’s claim that we need to defend the “soul of our nation” against gay rapper Lil Nas X, just because he released Satan-themed shoes. We saw this pattern of regressive fear-mongering at its worst last month when there were two-stabbings at a protest at a Los Angeles spa, spurred by a transphobic hoax. There is a pattern of misinformed reactionary cancelling in which even former President Barack Obama has been tied to the recent outrage over CRT. And these cancelling efforts clearly have had a wide-reaching effect, with 26 states making steps against CRT just recently.

In his essay “Repressive Tolerance”, Marcuse says that to realize universal tolerance, we first need to escape from our repressive society. One part of doing this is, instead of tolerating all opinions equally, to retract tolerance from opinions that perpetuate violence and oppression. Marcuse calls on us to fight the forces that serve oppression. We cannot play into the pocket of the oppressor like the Loudoun School Board meeting protestors. Instead, we must resist oppression like the 1960s student protestors who used progressive cancelling against perceived injustices like the United States’ involvement in Vietnam.

Progressive cancelling is the same form of cancelling that hit J.K. Rowling, Harvey Weinstein, or even Christopher Columbus—one that centers marginalized people and says “enough” to violence and oppression. On a wide-enough scale, we could achieve what Marcuse called a “Great Refusal.” To change our societal trajectory to one towards Marcuse’s “opposite of hell,” we need to fight reactionary cancelling through progressive cancelling.