Trump Cheated on His Taxes. What Happens Now?

James D. Zirin, a former federal prosecutor, is the author of Plaintiff in Chief—A Portrait of Donald Trump in 3500 Lawsuits. 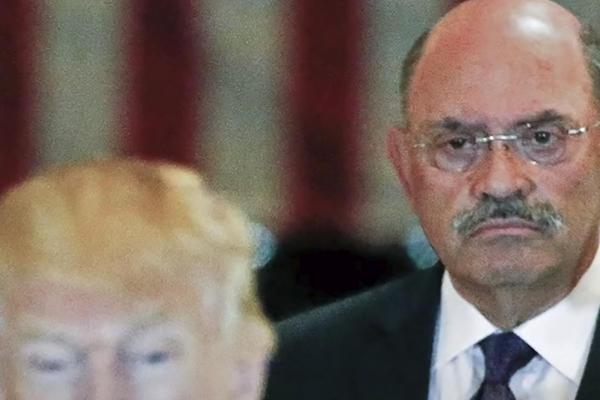 Allen Weisselberg, the chief financial officer of the Trump Organization, has been indicted in a scheme to evade income taxes.

Trump cheated on his taxes.

Not a witch hunt. Not a mainstream media hoax. Trump cheated on his taxes. Big-time cheating, not minor league, although the law hardly distinguishes between major and minor league tax fraud.  Prosecutors in New York have alleged a $1.7 million tax fraud scheme accomplished over a 15-year period  in which the Trump Organization compensated its chief financial officer Allen Weisselberg in a manner that allowed the company and the executive to evade taxes.

Donald Trump Jr. called the charges a "political persecution" that might happen in a "banana republic," ignoring that, had Cy Vance not indicted on the evidence, we would have really become a banana republic. In our country no one, and certainly not a former president’s business organization, is above the law.

Al Capone cheated on his taxes. He went to jail. No one could prove where he got the money he didn’t pay taxes on, but everyone knew. They proved it by showing how his net worth had soared in time over a base year.

Leona Helmsley cheated on her taxes. Same as Trump, engaging in small, obvious instances of tax evasion. She charged personal expenses off to the business, and callously said to her housekeeper, "We don't pay taxes. Only the little people pay taxes."

Trump likes to think he lives in a “law-free zone.” He said he could murder someone on Fifth Avenue, and no one would mind. Only “little people” are indicted for murder.

It is no answer to say that everybody cheats on executive compensation. First, everybody doesn’t cheat. And there is nothing wrong with a prosecutor making an example of a “high profile” tax evader as an example and deterrent to others who might try to defeat the public fisc. After all, as Oliver Wendell Holmes said, “taxes are what we pay for civilized society.”

Trump and his cult need to learn a lesson about the rule of law. As prosecutor Carey Dunne, general counsel for the Manhattan district attorney, Cyrus R. Vance, Jr., said during an arraignment in State Supreme Court in Manhattan, “To put it bluntly, this was a sweeping and audacious illegal payments scheme.”

The amazing thing is that Trump himself wasn’t indicted. Maybe one day prosecutors will get around to it, especially if Weisselberg, his financial guy, decides to cooperate to save his own skin. Accountants frequently turn state’s evidence in white collar cases. When I was a federal prosecutor going after white collar criminals, I always looked for the accountant. He was the most likely witness for the government.

The Brookings Institution issued a report concluding that any prosecutor worth his salt would indict Trump for at least five provable financial crimes. According to Norman Eisen, a senior fellow at Brookings: “When you read through the indictment, through all 15 counts and the 24-page indictment and the stunning level of detail, it really presents a sweeping tax fraud case.”

Trump has been playing it close to the chalk for decades. His ties to organized criminals ran far and deep.

In 1986, Rudy Giuliani, who was then U.S. Attorney for the Southern District of New York, before he drank the Kool Aid and teamed up with Trump, brought to trial in the Southern District of New York eight mobster defendants on 29 counts of federal racketeering charges. All were convicted. The defendants included Anthony “Fat Tony” Salerno and the top leaders of the “commission” that ruled the U.S. Mafia. The indictment charged, among other things, that from 1978 to 1981 approximately 70 percent of the major private and public cement contracts for new construction in Manhattan were maintained by the Mob owned cartel, which supplied the concrete for Trump Tower. The government presented evidence that the defendants had participated in a scheme to rig the contracts for concrete superstructure work on high-rise buildings in Manhattan, where the value of the concrete work was over $2 million.

Trump had three construction projects going virtually at once in the New York City of the 1980s: the renovation of the Commodore Hotel; Trump Plaza, a 36-story cooperative apartment and retail building on East 61st Street; and Trump Tower on Fifth Avenue and East 56th Street. Most of the major private and public cement contracts for new construction in Manhattan were with a mobster-owned cartel, consisting of four companies operating as two separate joint ventures: Dic-Underhill, which supplied the concrete for Trump Tower, and Nasso-S&A, supplying the concrete for the other two Trump projects.

Dic-Underhill was a concrete firm that Trump’s father, Fred Trump had used years before to build Trump Village in Coney Island. Its president, Joe DePaolo, had alleged Mob associations. When the Trump Tower job began, the Dic accounts were sold to a brother of Carmine Persico. Persico (known as “the Snake”) was boss of the notorious Colombo crime family. Federal prosecutors named Dic principals as unindicted co-conspirators in the 1987 indictment of Salerno and other mobsters. The awarding of an $8 million contract for Trump Plaza to S&A made up a count in the federal indictment.

Two concerns, Transit Mix Company and Certified Concrete Company, both owned by another Mob-connected figure, Edward J. “Biff” Halloran, produced virtually all of the reinforced concrete used in Manhattan. Halloran’s company poured the concrete for Trump at the Grand Hyatt.

After the verdict, chief prosecutor Michael Chertoff (later secretary of homeland security in the George W. Bush administration) told the judge that the cartel was “the largest and most vicious criminal business in the United States.”

Trump repeatedly denied dealings with Mafia figures, both in media interviews and under oath.

But, in February 1999, when Trump visited the small Ozark resort town of Branson, Missouri for the Miss Universe pageant, he sang a different song. Perhaps in an unguarded moment, he made a statement that undercuts all of these protestations, sworn and unsworn:

Usually, I build buildings. I have to deal with the unions, the Mob, some of the roughest men you’ve ever seen in your life. I come here and see these incredible beauties. It’s a lot of fun.

Trump cheated on his taxes, and that’s about the size of it.

Will his company and brand survive the criminal prosecution? Will there be further criminal charges? Will he survive politically? The jury is out in the court of public opinion.