Kathryn Smith is a biographer and author of The Gatekeeper: Missy LeHand, FDR and the Untold Story of the Partnership that Defined a Presidency (Simon &Schuster, 2016). 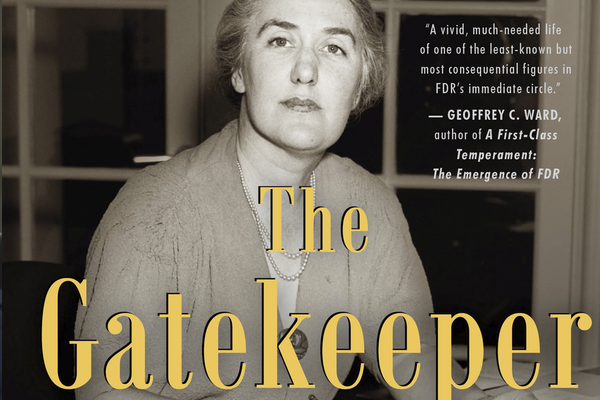 The current series running on PBS’s Masterpiece, Atlantic Crossing, a Norwegian public television production, is said to be “inspired by true events.” That’s one of those cagey ways marketers have of saying there is some small kernel of truth behind what you are about to see. In this case, the kernel is minuscule: Crown Princess Martha of Norway and her children did come to the United States after Germany invaded their country in 1939 and President Roosevelt did like her. A lot.

From there, most of the series was concocted from an outrageous web of half-truths and outright lies. Among the latter: that Lend-Lease was Princess Martha’s idea; that it was she, not Winston Churchill, who was the honored guest at the White House Christmas festivities in 1941; that President Roosevelt mooned around her like a lovesick boy. I can’t even begin to list the falsehoods told on the Norwegian side, but Trond Norén Isaksen, a Norwegian historian who authored his own book about the crown princess and the president (not available in English, unfortunately) describes the series as “95 percent fiction” in his Facebook posts and refutes the errors in blow-by-blow fashion. He joined numerous other Norwegian historians in his dismay.

Even more disturbing is how the writers and producers of the series have taken the names and faces of real people and turned them into caricatures totally unlike the people they are supposed to portray. The saddest example of this to me is Marguerite Alice “Missy” LeHand, FDR’s loyal secretary, counselor, and de facto White House chief of staff, who is the subject of my biography The Gatekeeper. In Atlantic Crossing, she is presented as a bitter woman, heartbroken that FDR appears to be romantically interested in Princess Martha, a shrew who rudely berates the royal guest (Masterpiece bleeped out the f-word) and, while sloppily drunk, openly fights with the president at a White House Christmas party. Nothing could be farther from the truth. Was she hurt when Princess Martha came on the scene and supplanted her coveted place beside the president at cocktail hour and in his car? Probably, and I say so in my book. After two terms in the White House, I’m sure LeHand was much less relaxing to be around, which explains FDR welcoming the companionship of Princess Martha as well as his distant cousin Daisy Suckley, not to mention his old love, Lucy Mercer Rutherfurd, who was back in the picture. LeHand was also sad and lonely following her break-up with a long-distance boyfriend, Ambassador William C. Bullitt, in 1940. Did she throw fits and curse? Highly unlikely.

In researching her biography, I read dozens of LeHand’s letters to friends and family, dug through papers at the FDR Presidential Library and Museum, delved into the memoirs of her co-workers, and spent days interviewing her great-nieces, who shared their extensive archives. The woman I uncovered was nothing like the woman portrayed in this series or, in fact, by most other biographers of President Roosevelt. The only historian who I believe got her right and who inspired me to dig deeper was University of Connecticut history professor Dr. Frank Castigliola in his book Roosevelt’s Lost Alliances. He described LeHand as “the most remarkable” of FDR’s inner circle and credited her with being chief of staff, a post that has never been held by a woman—before or since. In a post reacting to the series on the Facebook page FDR, Paul Sparrow, director of the FDR Presidential Library and Museum, said, “Your book gave Missy the respect and attention she richly deserves. I am shocked PBS would run this series, it does not even come close to their own standards, much less the standards of basic honesty.”

So, who was the real Marguerite Alice LeHand? She was the youngest child of an Irish-Catholic couple and a high school graduate from a blue-collar neighborhood of Boston. Smart, loyal, and ambitious, she began working for FDR during his unsuccessful run for vice president in 1920 and stuck with him through his polio crisis years and his political ascendancy to the governor’s mansion in New York and the White House. She lived in the official residences of both places, serving as back-up hostess to Eleanor Roosevelt, who treated her like a daughter.

LeHand was a force to be reckoned with in Washington. FDR valued her opinions and her friendship, and she was famous for her discretion and tact. The very idea that LeHand would verbally attack a member of the royal family of Norway, not to mention FDR himself, is ridiculous. In all her letters, including those to her long-time suitor, William C. Bullitt, I never found a single example of such language.

When FDR moved into the White House in 1933, he brought a four-person “secretariat” with him. LeHand was the only woman. She was present at the morning conference held at FDR’s bedside every day as he ate breakfast—no, he didn’t join Princess Martha and her brood at the breakfast table, even when they were guests of the White House—but she was by far the most influential person there. It was LeHand who controlled much of the access to FDR, selecting worthy allies and weeding out opportunists. Even before he took office, he acted on her advice about who to appoint as attorney general when his original designee died en route to the inauguration. (The man he chose, Homer S. Cummings, tapped J. Edgar Hoover, then barely hanging onto his job at the Justice Department, to wipe out the criminal gangs terrorizing the country.) She advocated for the elevation of Felix Frankfurter to the Supreme Court and introduced FDR to Tommy Corcoran.

Corcoran, an Irish-Catholic graduate of Harvard Law School and a Frankfurter protégé, also talent-scouted other young Catholic and Jewish lawyers to join the WASPs dominating the government’s ranks of legal eagles. With his Jewish colleague and housemate Ben Cohen, Corcoran drafted some of the most crucial New Deal legislation, and FDR used him as a lobbyist for the White House—a first in Washington. LeHand facilitated his rise to power by giving him “back-door” access to the Oval Office through her own, which adjoined it.

In the beginning of the Roosevelt administration, members of the cabinet and Congress and heads of the New Deal’s alphabet agencies—AAA, CCC, CWA, FERA and on down the line—got wise to the advantage of befriending “Miss LeHand.”  Powerful men—but seldom women, as the president’s wife was their most passionate advocate—dropped by her desk, right next to the Oval Office, called her on the phone, or sent her notes and memos and the occasional small gift. Could she find them just a moment on the president’s schedule? Would she mind looking over this document and possibly finding a time to share it with the president? What had she heard the president say about this vital issue or that pending job appointment? Tactful and charming, LeHand sized them up: Was this person out to help the president further the New Deal agenda, or did he have one of his own?

LeHand was a key player in all aspects of White House operations during the FDR years. Her duties could continue late into the evening, as she attended a White House state dinner, arranged a quiet night of poker to help the president relax or simply sat with FDR in his study as he worked on his stamp collection or listened to music. FDR was said to do his “best intellectual work” between nine and midnight, as the information he had taken in during the workday percolated through his brain. He liked to have someone with him then to write down a thought or idea. He was also a famous procrastinator, and LeHand could force him to make a decision away from the hubbub of the Oval Office. But, unlike the ridiculous scenes in Atlantic Crossing in which show LeHand — who weighed a mere 130 pounds and had a serious heart condition—attended to the six-foot-two president’s personal needs, FDR had strapping male valets and a medical aide for that purpose. For the same reason, it is highly unlikely she was pushing him around in his wheelchair. Physically, it was beyond her capabilities.

Atlantic Crossing takes further liberties in the manner in which LeHand’s busy and productive life came crashing down. She is depicted at a White House Christmas party having a catfight with Princess Martha and then suffering a stroke a few days later after coming upon the president and the princess having an intimate tete-a-tete in his private study. In fact, she had suffered a heart attack followed by a severe stroke six months earlier during a staff dinner party. Afterwards, she was partially paralyzed and had difficulty speaking. (At least Atlantic Crossing gets that part right.) FDR called in the medical cavalry, bringing in first-rate specialists from around the country and paying for all her care. But little could be done, and eventually she returned to her family in Massachusetts where she lived until another stroke took her life in 1944. She was just 47 years old.

After LeHand’s departure from the White House, she never saw FDR again. He called and wrote from time to time, sent lavish gifts such as an engraved silver loving cup for her birthday, and continued to cover her medical bills. At his death in April 1945, it was discovered that he had stipulated in his will that half the income of his estate would go to Eleanor and half to “my friend Marguerite A. LeHand…for medical attention, care and treatment during her lifetime.” Her gravestone bears a quote from him, “She was utterly selfless in her devotion to duty,” and to this day the Roosevelt family pays for the upkeep of the LeHand burial plot.

In the decades that followed their deaths, LeHand was often portrayed as a love-starved secretary or the president’s long-term mistress, thanks in part to highly salacious tell-all books written by FDR’s son, Elliott. Any consequential role that she had in the administration is a footnote at most. Movies and television series that play hard and loose with the facts – the comedy Hyde-Park-on-Hudson in 2012 and now the mockery of Atlantic Crossing – diminish her role and importance even more. Missy LeHand was one of the most important and powerful women of her time. She deserves to be remembered that way.