A Personal and Family History of Encountering Prejudice and Intolerance

Ron Steinman spent 35 years at NBC and served as NBC’s Bureau Chief in Saigon during the Vietnam War. In 1975 he joined the Today Show, spending 11 years as a senior producer in Washington and New York, including covering politics and overseeing production of the Today Show’s live special weeklong broadcasts from China, Moscow, Seoul, Vietnam and overseas presidential trips. He is the author of Death in Saigon, a murder mystery set in Saigon during the war. His latest book is My Commonplace Book. Steinman won a Peabody Award, a National Press Club award, two American Women in Radio & Television Awards, and has five Emmy nominations. 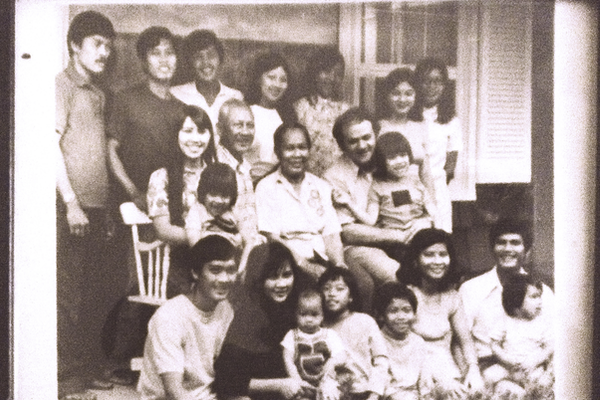 Anti-Asian sentiment is nothing new in America. For instance, the Chinese exclusion Act of 1882 and the acts that preceded it, especially those that restricted Chinese women from living and working in the United States and those laws that followed restricting any person of Asian descent from being anything but a second class citizen. There has always been a deep-seated fear of what white supremacists call the yellow peril, a concept that some historians believe originated as far back as the Greco-Roman Wars. William Randolph Hearst is the villain who in the 1900s popularized the yellow peril in his newspapers as a major selling tool in the era of yellow journalism. Whether he believed it, he said that America was under threat of an invasion from Japan, thus what he called the yellow peril. We should never forget Hearst and the role he played in creating this deepest of inhumane prejudices. The threat of a Japanese invasion is long gone but the fear of Asians, their look and skin color remains deeply engrained in America's collective psyche.

It is easy to review law by law how the mass of Asians suffer because of discrimination but that would be nothing new. I am here to tell you about my life, a personal history if you will, as I inadvertently became a part of the wider Asian community in many different counties. My late wife was from Saigon, Vietnam. We met in Saigon, married in Hong Kong, lived in London, Washington and New York. We had three mixed race children, two boys and a girl, now thriving adults. I have three grandchildren, boys who, because of their antecedents, are part of the Asian continuum.

We lived in dynamic cities. As a soon to be married couple we had a tough time in Saigon. Unmarried and still courting, we did not live together. When as a couple in public, Vietnamese soldiers mocked and chided us accusing me of usurping their women and calling my future wife a whore. We found it better to walk separately with me behind her and to never hold hands or otherwise touch in public. Incidentally, but not less important are the memories my wife had of being chased through the streets of Saigon by French soldiers from Africa. From an early age she had an understanding of what it meant to be sexually harassed.

We thought life in Hong Kong would be better and for the most part it was, but prejudice tailed us everywhere we went. In the 1960s, Hong Kong was a progressive, dynamic city with many mixed race couples. European mixed race couples were more easily acceptable than I was as an American with an Asian wife. I should note that during the Vietnam War, there was no love for Americans. The war was not very popular in South East Asia, of which Hong Kong was a part. Do I attribute the prejudice we felt to my being an American, for some reason easily detectable because of the way I walked, looked, dressed? To a degree, yes but it was mostly because we were a couple. A Chinese doctor friend said with a smile, that many Asian men could not understand why a beautiful Asian woman, particularly from Vietnam, would consort with a pale faced, big nosed American. Beyond that popular descriptive utterance he had no answer why prejudice should be part of anyone's life. I knew it was not part of his life.

Life in London, Washington and New York, at least on the surface seemed to have less prejudice than in either Saigon or Hong Kong, yet it still existed in many forms, especially for my wife and then for my mixed race children as they grew and we established ourselves on Long Island. The outward expression of prejudice we experienced were the hard stares of people who viewed us as beings out of the ordinary. Most of Long Island then was conservative and not very progressive. So seeing a mixed couple and often their mixed race children out for a meal in public was indeed strange, enough so that most people could not help staring even for a moment. We were uncomfortable but we did nothing to stop the stares. We learned that keeping to ourselves in public was the best defense, though at times I wanted to physically strike out against their stupidity as I once did in a movie theater in Hong Kong when we faced a crowd of teenagers who attacked us verbally for being a couple.

My wife worked for years on Long Island helping settle Vietnamese, Lao and Cambodian refugees. She served as a court interpreter for many refugees helping them understand a language for the most part they did not speak or understand. She worked with them to traverse the intricacies of the benefits they were due. The prejudice those new immigrants felt knew no bounds but they never, nor did she, ever complain publically. Getting and holding jobs, making life work, no matter how trivial what they did may have seemed, was more important than registering a complaint about a life they were trying to understand and manage to survive. Many of these former refugees, now adults, made it through to the new world of opportunity in America. When they first arrived, intolerance, though a concern, was not an issue. In time, they ignored, but never forgot, the unreasonable hatred they knew as newcomers to our so-called hallowed land. For many years there was no issue with hate crimes. Now that there is, living their lives to the full and educating their children about the faults of hate and intolerance works best for them in our current climate.

I am Caucasian Jewish, my family from Lithuania, and Russia. That is normally enough for full bore bigotry. I grew up in a diverse neighborhood in Brooklyn and felt almost no prejudice. It was not until college that I suffered for being not only Jewish, but a New York Jew, a condition I survived with added strength into adulthood. My wife was South Vietnamese, part Chinese and a Buddhist. By the sheer force of her personality she was able to overcome much of the racial intolerance that permeated Long Island but she never understood why some people did not like her because she looked different, For my mixed race children, today all worldly adults, they are a part of a unique fabric that is more like an abstract quilt. They are white and Vietnamese but with those other fragments blended in. It was quite a mix and a serious burden for young children to carry. As children they knew they looked different. Everyday in their preteen and young teen years they knew the slings and arrows of racism. "Chink," was the epitaph applied to how intolerant and mostly ignorant kids and teenagers usually attacked my sons. My oldest son knew he looked different. He turned to Judo in the hopes that he could defend himself if attacked. My daughter simply said yes when asked if she knew bigotry but she did not elaborate.

As a family we never talked about hatred and racial intolerance but I know this: what my wife and children went through informs my children's lives to this day. In a backward sort of way, the idea of bigotry in their lives has taught them to be better husbands, a better wife and better parents. They are better people for what they learned, for what many other people have never known or will have sadly ever understood.