Teachers, Keep Hope about the Minds You Influence

Leslie Kitchen is a past book review editor for History News Network. 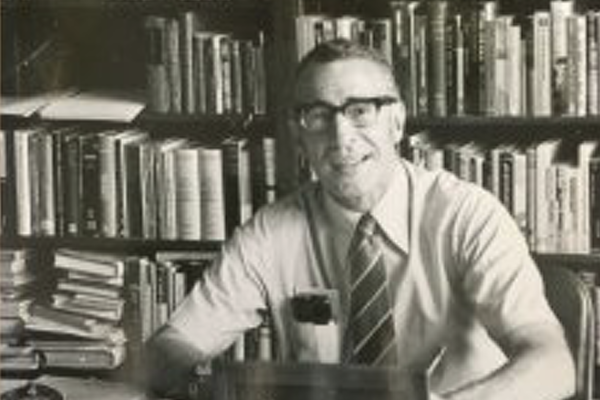 Professor Donald Treadgold of the University of Washington.

How and to what degree does a teacher impact a student?  I doubt that we will ever be able to gauge the matter. I believe it may boil down to matters of hopefulness and pessimism and the moral imperative of making a choice between them. Surely each one of us, both professional educators and laymen, impacts the lives of people we cross, but we often don't know which ones or to what degree. We must remain hopeful as an article of faith.

I once had a memorable professor at the University of Washington, Donald Warren Treadgold, an eminent scholar of the Soviet Union. Let's be kind and just say that this man, a cold warrior extraordinaire, knew his own mind. He was more than a little famous for that. Professor Treadgold was a prolific author, and his work was known throughout the world. He authored Lenin and His Rivals; The Great Siberian Migration; Twentieth Century Russia; The West in Russia and China (two volumes); and Freedom: A History. When I first wandered into one of Professor Treadgold's classes, almost all of my study had been on western Europe. I was a stranger in a strange land in my attempts to learn about Russia and the Soviet Union. Considering myself a hotshot, I plunged forward. But wait. The rub was that Professor Treadgold attempted to teach me a great deal that I found myself resisting at every turn. It all took place within the constraints of academic etiquette, but make no mistake, this was a slugging match. And it was a mismatch, for he knew so much, and I knew so little. I considered him to be an old relic. He considered me to be a dopy, misguided, poorly informed idealist. I dug in. He persisted. Throughout the following years, my memory of him remained fresh. I continued to remember his disdain for my viewpoints, his deep learning, his patient demeanor, and the overall gentleness of his character. And as the decades passed, I found myself incorporating much of what he had vainly tried to teach me. It dripped into me, consciously and subconsciously. I never swallowed it whole, but the slow drip never stopped. I can now firmly say that he had as great an intellectual impact on me, both morally and intellectually, as any person that I have known. One day, many years later, I was pecking away at my computer. Suddenly, for no conscious reason, I did googled his name. I found that two years before he had passed away as a result of leukemia. Stunned, I gazed out my window. The sun was going down and it looked cold outside. The streets were empty. I placed both hands over my face and sobbed like a little child.