What Becomes of a Broken Party?

James Robenalt is the author of four nonfiction books, including January 1973, Watergate, Roe v Wade, Vietnam and the Month That Changed America Forever. He is a lawyer in Cleveland, Ohio. 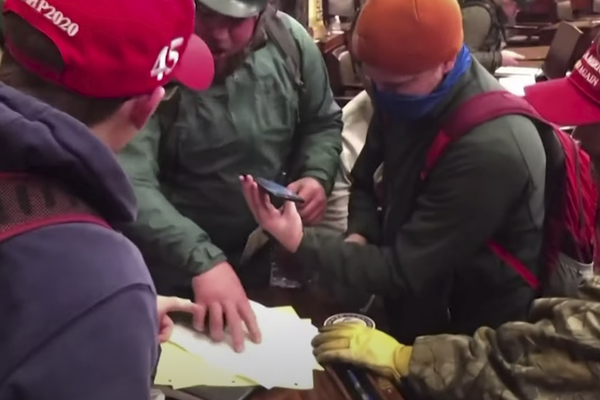 The Republican Party is a minority party. That is why it has worked so diligently on gerrymandering and voter suppression techniques in recent decades. But are we witnessing the fracture of the Republican Party and the emergence of a new party based almost entirely on the cult of one person: Donald J. Trump? Will a new Trump-based party swallow the Republican Party whole, or will it instead split off, becoming the dominant party and leaving the GOP a shell of its former self?

Obviously, the answers to these questions could have profound consequences for our nation and our democracy.

History provides some guidance. The 1912 split in the Republican Party was likewise based on a personality cult. Former President Theodore Roosevelt turned on his hand-picked successor, President William Howard Taft, and bolted from the Republican National Convention in the summer of 1912 to form a new progressive party that became known as the Bull Moose Party. In that instance, the new party only served to rupture and divide the Republican Party, allowing the weaker national party at the time, the Democrats, to take power when Woodrow Wilson won the White House with a plurality of the vote. Wilson in turn opened the door to progressive reforms that later culminated in FDR’s New Deal and significant party realignment.

As might be expected with any party built around one person, the Bull Moose Party was short-lived. By 1916, Teddy Roosevelt was being wooed back to the regular party and had he not unexpectedly died in January 1919, he likely would have been the standard bearer for a reunited Republican Party in 1920.

A more intriguing example is found in recent times. Watergate interrupted many things about the Nixon presidency, but one of the least explored “what if?” questions is what might have happened if Richard Nixon had served out his second term and followed his inkling to create a new party based on what he called “the New Majority.” Nixon believed that a new party free from the stigma of the Republican brand would have staying power and could become the leading player in national politics.

On the morning of November 8, 1972, President Nixon, having only a couple hours sleep, made his way to the Oval Office and called his special assistant Harry Dent. Nixon had scored a landslide victory over Democrat George McGovern the day before, taking every state except Massachusetts and almost equaling Lyndon Johnson’s modern era record of 61.1 percent of the popular vote in 1964 (Nixon hit 60.7 percent). The conversation with Dent started at 9:16 a.m. and lasted for 13 minutes and 8 seconds. A master class on the Nixon strategy to transform national politics could be taught from this short call.

Harry Dent had been the chair of the South Carolina Republican Party and worked on the staff of Senator Strom Thurmond during the time Thurmond moved from Democrat to segregationist Dixiecrat to Republican. Dent was considered one of the architects of the Republican Southern Strategy. Nixon looked to Dent for advice on national trends.

Though he battered George McGovern, Nixon was deeply troubled by the results in the House and the Senate. Nixon had virtually no coattails. Republicans picked up 12 seats in the House, but Democrats remained firmly in control, 242-192. The Senate was a catastrophe, as Democrats picked up two seats, including 29-year-old Joe Biden’s surprise win in Delaware, leaving the Senate with a solid Democratic majority, 56-42 (one Independent; one Conservative Party).

In his quick election post-mortem, Nixon told Dent why he thought Democrats had been so thoroughly licked in the presidential contest. It was not that McGovern’s tactics were poor; it was his stance on the issues. “He stood for busing,” Nixon said of McGovern, “he stood for amnesty, he stood for acid, and he stood for bigger welfare.” Busing and welfare were race issues, acid represented the student protestors and promiscuousness, and amnesty spoke to the Vietnam War and the cost in American lives and treasure.

Nixon then neatly wrapped up all these issues into one mega-issue: patriotism. It was a false boast; it was mainly about racism and power, not love of country.

Nixon saw a wave of Democrats, especially in the South, but also the “hard hats” in the North, who were repelled by what they perceived as Democrats coddling of draft resisters, civil rights advocates, and a younger generation seemingly unmoored from conventionality. It was an anti-intellectual, blue-collar, racist, and Southern-based coalition that was not the Republican Party of Nelson Rockefeller or even Barry Goldwater.

Nixon and his Vice President Spiro Agnew attacked this New Left as “radical liberals.” Nixon saw the opportunity to use these social issues, or culture wars, to redefine his party. As one scholar noted, “Nixon’s conception of radical liberalism, by contrast, devalued traditional Republican concerns about small government and laissez-faire economics.”

Here is where Nixon considered the need for a new party altogether:

Nixon: “But I just can’t understand, Harry, isn’t it necessary to build a new party, to be quite candid?”

Nixon: “The word ‘Republican’ is an anathema in the South, isn’t it?”

Because of Watergate, the Republicans at the time eventually joined Democrats in ousting Nixon once his behind-the-scenes lawlessness was laid bare by the release of the White House tapes in the summer of 1974. That ended Nixon’s quest to create a new party, but it left a Republican Party saturated with his divisive strategies.

Though the Reagan years marked a return to small government and fiscal responsibility themes, the Republican Party continued to make use of the social wedge issues to win elections, adding abortion (Roe v Wade was decided two months after the Nixon/Dent phone call), but always under the protective cover of claimed patriotism. The Trump Revolt is the logical extension of Nixon’s culture war strategy. Divide with social issues; hide behind fake patriotism.

And now, appropriately enough, Donald Trump threatens to create a new party, one version of which has been incorporated already in Texas as the “MAGA Patriot Party.” While Trump has been on-again, off-again about his intention, is there any doubt Trump will either split the party or take it over entirely?

As with T.R. and Nixon, Republicans had an opportunity to return to their roots as a legitimate national party with the second impeachment trial of Trump. The Republican Party’s future was last week in its own hands. Their near-solid stand for acquittal in the Senate leaves open the door for a descent into further chaos by enabling Trump and Trumpism to ruin their party with a future run for office. It emboldens citizens who violently stormed the Capitol draping Trump flags everywhere and threatening democracy itself.

A Republican fracture will inure to the benefit of Democrats who have correctly gauged the changing demographics and the need for inclusion and diversity. The fifty senators on the Democratic side of the aisle in the Senate represent 41 million more Americans than the 50 senators on the Republican side. Democrats stand to become a super-majority party if Republicans split apart or tear each other apart. While good for the Democrats, it will be bad for the country, not to mention a continuing danger to the nation.