Trump Inflamed the American "War of Sections." What Comes Next?

A lifelong southerner, Steve Suitts is an adjunct at the Institute for Liberal Arts of Emory University and formerly executive director of the Southern Regional Council and vice president of the Southern Education Foundation. His latest book is Overturning Brown: The Segregationist Legacy of the Modern School Choice Movement (NewSouth Books, 2020). 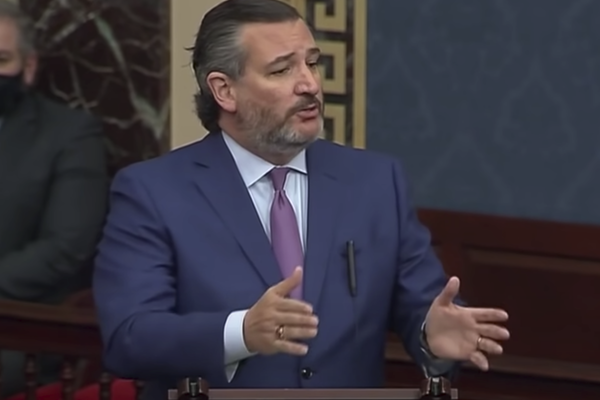 The recent unprecedented occupation of the nation’s capitol by former President Donald Trump’s supporters included many disturbing incidents and scenes, but one that captured both the prevailing political condition and an unmatched historic moment was the image of white men parading Confederate flags along the halls of our national seat of government like a rag-tag band of conquering soldiers. They achieved what the armies of the rebellious Southern states could not in the war that some Southern planters once called the “War of Sections.”

In recent months, many of the South’s white political leaders and voters have responded to the presidential election, as Alabama and other Southern states did 150 years ago, rallying all “who are of the opinion that ‘Alabama should not submit to the election’” of the President-elect (Clarke County Democrat, Nov 29, 1860, 1).  Now, as then, there have been attempts to influence the Electoral College and prevent a duly elected President from taking office because he and his party were “hostile to our institutions and fatally bent on our ruin.” (Alabama State Sentinel, Nov 14, 1860.)

Of course, today only a small group has taken up arms to protest the election so far and, the nation is not headed into an actual civil war. But, there are great divisions in this country, and, while the definition of what is southern is shifting westward, the white south in today’s war-like presidential politics continues to provide the primary foot soldiers and lieutenants in support of their leader, who is not a southern planter, but ironically a New York plutocrat more familiar with how they pour concrete in New Jersey than how they still coon hunt in lower Alabama.

Donald Trump started his campaign for president in a massive rally in Mobile, Alabama, in August 2015, revving up the crowd by emphasizing his “take-no-prisoners” positions on immigration and related racially charged issues. It was a speech and style of invective that he replicated throughout the Republican primaries, where he led in all southern states, except in Senator Ted Cruz’s home state of Texas and neighboring Oklahoma, and throughout the general election, when the 11 states of the old Confederacy and three border south states provided him with a majority of his Electoral College votes – 165 of his 302 votes. Exit polls suggest that more two-thirds of all white voters in the south helped elect President Trump. In Georgia, for example, 70 percent of white voters cast their ballots for Trump in 2016.

During the three and a half years of his presidency before his 2020 campaign, Trump held twenty-five rallies across the south – more than in any other section of the country – and was welcomed by large, adoring crowds who often would delight the President by chanting “Trump, Trump,” “Lock Her Up” or “Make American Great Again!” months and years after his defeat of Hillary Clinton. Trump’s rambling, often personal denunciations of the news media, immigrants, central cities, Democratic Party leaders, and even the government he headed were received as gospel truth with sweet southern hospitality.

Almost four decades earlier Ronald Reagan demonstrated that a presidential candidate need not have a southern accent to win completely the heart and minds of most white southerners at election time – only a willingness to use dog-whistling racial terms and endorse states’ rights or Confederate symbols as an allegiance to heritage, not hate. But, in the person of Donald Trump, southern politics had not seen such symbiotic adulation between a candidate and his supporters since 1964 and 1968 when George Wallace ran for president with an equally acerbic, belittling style of scapegoating.

President Trump’s political brand quickly became the heart and soul of the Republican Party, with his most devoted support in the Republican-dominated south. Any time an election in the South did not go the way that the Trump and true-believing Republicans wanted, they used trumped-up social media to blame the result on “fake news” and “voter fraud.” For example, in 2017, when Alabama voters decided by a margin of only 21,000 votes to elect Doug Jones, a Boy Scout-like Democrat, over Bible-toting Republican Judge Roy Moore, who was accused by several women of being a pedophile, the election returns were quickly dismissed in what became a precursor for challenging the 2020 national election. “Black people in Birmingham caught voting multiple times with fake IDs,” and “Paper ballots are being destroyed in Alabama,” Trump-inspired social media claimed.

As votes were being counted in November, President Trump amplified his claims that the his own defeat was the result of a rigged or fraudulent election that had denied him an overwhelming majority victory, although he felt no necessity to offer one iota of evidence of any proven illegality or any irregularity that would change the election returns. Among the 14 southern states, he lost only Virginia and, for the first time, Georgia by a narrow margin. Still, two-thirds of Trump’s Electoral College votes in 2020 came from the traditional south.

In Georgia, two recounts, including one recount by hand, repeated assurances of a honest and fair election from a Republican Secretary of State who oversaw the voting, and a Georgia Bureau of Investigation’s audit of randomly selected absentee votes in a suburban county that flipped Democratic meant nothing to Trump and his followers. Nor did the rulings in over 40 state and federal courts turning down challenges to the election results in states Trump won in 2016 but lost in 2020.

Led by Texas, seventeen Attorneys General filed an extraordinary brief before the United States Supreme Court in December attempting to stop the certification of presidential electors in four battleground states the President lost. Nine of the states petitioning the Court were southern. In essence the Attorneys General argued that states have voting rights that are above citizens’ voting rights, which meant that they considered individual rights subordinate to states’ rights. It was a legal argument old as Dixie, but not since the days defending school segregation had a majority of Southern states’ top elected lawyers banded together for such a cause.

After the Supreme Court refused to hear the states’ rights case, Republican members of Congress moved forward in the New Year to overturn the election results on the day Congress was required to certify the Electoral College’s returns. In what can only be described as the political moment when Republican elected officials who had blithely obeyed Trump’s every social media post went from being careless followers to dangerous sycophants, 147 Republican members of Congress voted to annul the 2020 elections – and did so after the Trump-inspired mob overran capitol police, shut down both houses of Congress to interrupt certification, and mockingly pranced through the home of American democracy.

Led by Republicans Ted Cruz of Texas and Josh Hawley of Missouri, five of the eight senators who voted to void the 2020 elections in the aftermath of the mob-occupation were from the south. In the House, 58 percent of the 139 Republican representatives who voted to annul the election were also from southern states, including six members of Congress from Georgia.

As a matter of history, the political map of partisan politics in the United States has realigned in fundamental ways at various times since the nation’s founding, but since the drafting of the Constitution, white leaders in southern states – even as that geography has shifted westward– have had a disproportionate influence in shaping our national standards and laws in their own image and for their own self-interest. The current political malaise is no exception.

This fact does not mean that white folks in the rest of the nation have not joined white southerners, especially in large numbers in some western states, in sustaining and tolerating unexamined assumptions of white advantage and superiority worn as their birthright as voters. After all, 58 percent of all white voters across all of the United States supported Donald Trump’s reelection in November 2020.

Most important, it would be a profound mistake to understand the long historical pattern and the current political situation as unchangeable. Quite the opposite, the 2020 elections in Georgia demonstrate that, as an Atlanta rapper famously said at a New York City awards show in 1995, “The South got something to say” –  in this case about the future of southern politics. The interracial coalition of leaders and voters, energized by increased black activism, that flipped Georgia and, in turn, flipped the US Senate, embodies the promise of demographic, political and social changes that can sweep across nation’s southern and western sections in presidential politics when their campaigns are not starved of the resources needed to reach the hearts and minds of most voters, and when the right to vote is freely, easily available to all.

Yes, the Confederate flag may have been hoisted in the United States Capitol by hundreds of self-styled insurrectionists in a social media-made moment of tragic Trumpism, but in 2020 that flag was also removed from the state flag of Mississippi by a vote of the Mississippi legislature, and a new flag bearing the image of the magnolia was approved by a vote of the people in a very Trump-friendly state. Former Mississippi Governor William Winter badly lost the effort to change his state’s flag twenty years ago, but only six months before his death at the age of 97, he said, “The battle… does not end with the removal of the flag and we should work in concert to make other positive changes in the interest of all of our people.”

That is the prophetic battle cry that in the era of Trumpism speaks of a war of ideals and ideas in which southerners of good will have begun to unite– and can reshape presidential politics at home and across the nation in coming years. The sectional war exists and will continue, especially in the outlook of many white Southerners, but a different, diverse South can rise for once – and remain for all.