A Lesson from "The Crown" for American Elections? Embrace Dignity, Demand Efficiency 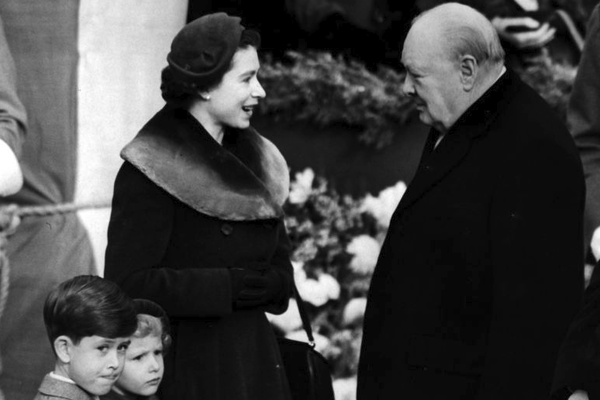 In Season 1 of the Netflix series The Crown , a young Queen Elizabeth II faces a situation that tests her political strength and understanding of her broader role in the English governing system. The series is a work of historical fiction. It employs dramatic license and takes liberties with facts. It is, however, often faithful to the spirit if not the letter of many of the historic figures and situations portrayed. Beyond that, it is also highly engaging, and sometimes causes viewers to question their own concepts of legal and moral rectitude. Though many characters are presented as flawed people, it matters little, for symbolism is the thing. Though surely unintended, the script ofThe Crown provides multiple opportunities to draw comparisons between a monarchy and a presidency — particularly one involving someone like Donald Trump, whose real-life flaws and distressing symbolic impact have heralded, in the words of an old English ballad, a world turned upside down.

In The Crown, there are not so much villains and heroes as there are villainous and heroic behaviors. Thus, when the series depicts the indomitable and wily British Prime Minister Winston Churchill —  and his efforts to retain power by concealing from the Queen that he has been seriously ill —  viewers are enthralled both by his boldness and the Queen’s rage at finding out. Given the limited role of the monarch in English government, one imagines there is relatively little she can do. That is, until she hits upon a brilliant scheme to take Churchill to task by lecturing him on the meaning and importance of two vital descriptors of good governance established by British essayist Walter Bagehot: the dignified and the efficient.

In 1867 Bagehot  published The English Constitution, a book in which he attempted to explain the nature of English government and the historic division between the monarchy, the judiciary, and the legislative branches. Bagehot argued that prevailing notions of constitutional functioning, like  the separation of powers between the legislative, executive and judicial branches —  and of  a system of corrections or “checks and balances” between constitutional divisions —  did not accurately or fully describe English government.  Instead, Bagehot  asserted, the real meaning and vitality of a constitution lay in the distinction between how it functions and how it is characterized.  A constitution, he wrote, could be described by two critical terms: "First, those which excite and preserve the reverence of the population, — the dignified parts, if I may so call them; and next, the efficient parts . .”  The dignified aspects of a constitution,  “excite and preserve the reverence of the population,” while, in contrast, the efficient aspects  are “those by which it, in fact, works and rules.”

Despite its English origins, Bagehot’s dichotomy of the dignified and the efficient is highly apt in the U.S. context.

Common people, wrote Bagehot (and, it must be noted, he was an elitist), could be motivated by higher ideas and would "sacrifice all they hope for, all they have, themselves, for what is called an idea - for some attraction which seems to transcend reality, which aspires to elevate men by an interest higher, deeper, wider than that of ordinary life."  Bagehot reasoned a constitution must be, at its roots, "mystic in its claims,"  "occult in its mode of action,"  and "brilliant to the eye,"  and, correspondingly, should be embodied by an institution with dignity, one with broad legitimizing power and authority. While in England that institution was the monarchy, here in the U.S. that power is largely vested in the office of the President of the United States. The presidency is, of course, different than a constitutional monarchy from a governance perspective. But the two are alike in one key respect: one of the most important functions of both the presidency and a monarchy is embodying the dignity, the stateliness, and the integrity of the nation. The developments around the election between Donald Trump and Joe Biden have  fractured almost beyond repair traditional notions of both dignity and efficiency. Among the misdoings: Presidential efforts to halt or alter vote counting before the election had been determined; scurrilous public attacks on election officials; and legal actions to overturn outcomes premised upon unsubstantiated claims of election fraud.

Add to these undignified acts the toll on efficiency. Many observers expressed concern that there are multiple mechanisms for determining how to tally votes across the United States. This is not in itself alarming; the United States is a nation made up of states empowered to guide many of their own affairs within certain contexts.  What is troubling is not the differences between and among state processes but the frequent absence of fully delineated processes such as governmental implementation intentions that take “if-then” scenarios (e.g., if the highest level of state electors fails to certify, then what?) to their ultimate conclusions. Inefficiency reigns in the absence of clear administrative norms.

In The Crown, Queen Elizabeth II did what legal and political figures have long done and still do when law is non-existent or inadequate: she filled the gap with norms of good behavior. Appeals to shared ideas of good faith and good governance have long been the practice in the U.S. as well. But the 2020 U.S. election, and the years immediately before it, have taught us that we have relied far too much on norms of social and political politesse. We need new legal norms, like state-level legislation requiring municipal and statewide canvassers to certify verified election results, providing penalties for the failure to do so, and moving the decision to a state’s governor should electors fail in their duties.

There should be no room for an insufficiently explained, Bartleby the Scrivener-like “I prefer not to” approach when it comes to pro forma duties of public servants. In addition, it is time to re-think the electoral college and its role as political intercessor for the American people. The electoral college was meant to prevent what U.S. founders saw as too much democracy — direct voting for the president. It was also meant to give more weight to the votes of upper class white men and Southern slaveholders.  The class and race-based origins of the electoral college make it a shocking anachronism badly in need of reform. Our dignity is tottering on a weakened foundation and must be shored up with new, strong, detailed formal legal norms of the efficient that leave no gap.