Matt Chumchal is a professor of biology at Texas Christian University in Fort Worth, TX. 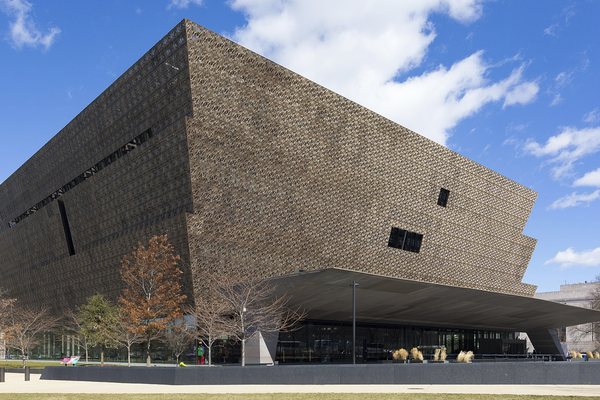 Yesterday, a lone Senator blocked proposals for Smithsonian museums dedicated to Latinx and women's history from unanimous approval by the Senate. The Senator suggested that the two museums, which have strong bipartisan support in congress, would “further divide an already divided nation within an array of separate but equal museums of hyphenated identity group.”

My own experience with the Smithsonian’s National Museum of African American History and Culture suggests that approval of the proposed museums represent an important step toward national unity.

For context, I am biology professor who works with students interested in careers in healthcare.  In the spring of 2018 my students and I attended a conference in Washington D.C. related to their interest in the health professions.  We found ourselves with a day off from conference activities and so took the opportunity to visit some of the 19 Smithsonian Museums and Galleries in the capital city.  Given the diverse interests of our group and limited time, we decided to split up.  As you might expect, a majority of my science students chose the National Museum of Natural History while others were drawn to exhibits focused on medicine at the National Museum of American History.

Most intriguing to me was the newly opened (at the time) National Museum of African American History and Culture.  So, two students and I decided to visit.  For additional context, I am white and I had never been to a museum devoted to African American history.  I had no agenda, only a vague sense of what I would encounter in the museum and, admittedly, I wondered if there would really be enough material to fill such a large space (nearly 400,000 square feet).

As it turns out, I was quite naïve.  My students and I spent several hours in the museum but we needed at least a full day to take it all in.

The museum is a masterpiece, and as a professional educator, I found the visit akin to participating in a master class in African American history and culture.  Of course, I was familiar with slavery and the bravery and sacrifice of civil rights pioneers – but the museum presented this history in a deeply personal way.  The museum helped me better understand the profound ways that African Americans have shaped, and continue to shape, America.

My students -- both of whom were black -- were equally moved by the experience.  As we walked through the museum I couldn’t help but reflect on how limited my appreciation of their experience was (and still is).  This was distressing to me because I have dedicated my professional life to helping students achieve their dreams of becoming doctors.  Being admitted to professional school requires more than just good grades; the application process requires students to explain their motivation for pursuing a career in health care.  Teaching students to effectively tell the deeply personal story of why they want to be a doctor, requires mutual trust and understanding.

My experience taught me that our nation needs the Smithsonian National Museum of the American Latino and Smithsonian Women’s History Museum now more than ever.  It should be noted that there is already a museum devoted to Native Americans, another group whose stories and histories have been suppressed.  The African American and Native American history museums have certainly not divided our nation, and the two new museums will not either.

The irony of the dissenting Senator's use of “separate but equal” language, which hails from the Jim Crow era, should not go unnoticed.  His opposition to these museums actually has the effect of further marginalizing women and Latinx people, just like Jim Crow laws did for African Americans. Depriving Americans the opportunity to learn the stories of women and Latinx people, prevents us from truly understanding one another and ourselves.  The understanding that could be sparked by these museums is an important step toward healing, justice and national unity.