Citizenship, the 14th Amendment, and Trump’s War on Undocumented Immigrants

Alan Singer is a teacher educator and historian at Hofstra University, Hempstead, New York and author of New York and Slavery: Time to Teach the Truth (SUNY Press, 2008) and New York’s Grand Emancipation Jubilee (SUNY Press, 2018). This is the second part in a series of posts on Constitutional Textualism with a focus on the 14th Amendment. Follow him on twitter at https://twitter.com/AlanJSinger1.

For Part I of this series, see here. 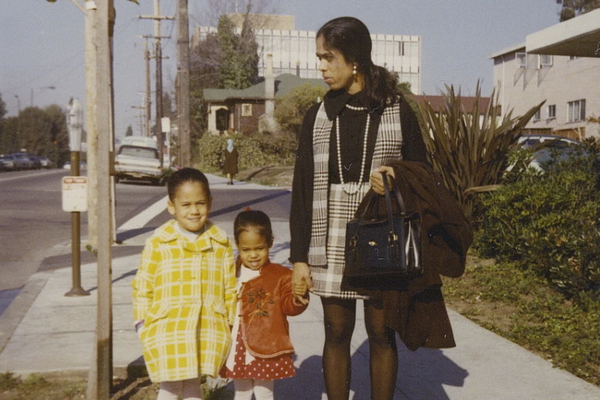 In his war on immigration, Donald Trump has repeatedly tried to implement regulations that speed-up dismissal of refugee claims so they can be thrown out of the country and others that permit the Department of Homeland Security to indefinitely detain families that cross the Southern border with Mexico into the United States without proper documentation. Trump calls constitutionally protected birthright citizenship “ridiculous” and says his administration is “looking very, very seriously” at ideas for stopping it because the promise that their children will be American citizens is a “magnet for illegal immigration.”

In addition, Section 1 states, “No state shall make or enforce any law which shall abridge the privileges or immunities of citizens of the United States; nor shall any state deprive any person of life, liberty, or property, without due process of law; nor deny to any person within its jurisdiction the equal protection of the laws.” Equal protection of the law, due process, the right to life, liberty, and property, are assured by the Constitution to all persons, not just to citizens, including undocumented immigrants. If we exclude some people from personhood rights, we return to a reading of the Constitution that allowed “other Persons” to be enslaved. To prevent this from happening again, Section 5 of the amendment granted Congress “power to enforce, by appropriate legislation, the provisions of this article,” but not the power to violate it.

The due legal process guaranteed to persons was earlier defined in the Bill of Rights. The Fifth Amendment bars prosecution for a crime without an indictment from a Grand Jury; the Sixth Amendment ensures that “the accused shall enjoy the right to a speedy and public trial, by an impartial jury of the State and district wherein the crime shall have been committed”; and the Eighth amendment bans “cruel and unusual punishments.” All of these rights were violated during slavery days when Black people had no legal rights, including a public trial before an impartial jury. The case against Solomon Northup’s kidnappers in Washington DC was dismissed because a Black man could not legally testify against whites. It is important to note that the Sixth Amendment does not make an exception denying legal protection to undocumented immigrants, while the Eighth Amendment would probably be read by a legitimate Supreme Court as denying the separation of children from their parents and indefinite detention at the border – and at Guantanamo.

The Fourteen Amendment was written to protect persons and to empower Congress to enforce their protection because before the Civil War Fugitive Slave laws denied due process to persons accused of being runaway slaves. The Fugitive Slave Act of 1850 permitted someone to be detained based on an “affidavit made by the claimant of such fugitive”; provided for the appointment of commissioners who reviewed claims outside of regular judicial channels; required “marshals and deputy marshals” to enforce provisions of the act and paid them doubled if an accused fugitive was enslaved; established penalties for “any person who shall knowingly and willingly obstruct, hinder, or prevent” a “claimant, his agent or attorney, or any person or persons lawfully assisting him, her, or them, from arresting such a fugitive”; and most disturbingly, a “deposition or affidavit” by a claimant against an accused freedom-seeker, was sufficient grounds for a commissioner to declare someone a fugitive and order them enslaved.

The phrasing of the 14th Amendment was also necessary because Supreme Court Chief Justice Roger Taney, in the 7-2 majority opinion he wrote for the Dred Scott decision, claimed that people of African ancestry “were not intended to be included, under the word ‘citizens’ in the Constitution, and can therefore claim none of the rights and privileges which that instrument provides for and secures to citizens of the United States.” Taney, blinded by his bias against Black people and determined to permit the spread of slavery into western territories, ignored the Constitutional provision that legal rights were guaranteed to persons, not just to citizens, and that Africans were recognized in the Constitution as persons.

In his dissent to the Dred Scott decision, Associate Justice Benjamin Curtis made clear that the ruling by Taney and the Court majority were in violation of both the text and intent of the Constitution, and after the decision was made, he resigned in protest. Curtis wrote that “At the time of the ratification of the Articles of Confederation, all free native-born inhabitants of the States of New Hampshire, Massachusetts, New York, New Jersey, and North Carolina, though descended from African slaves, were not only citizens of those States, but such of them as had the other necessary qualifications possessed the franchise of electors, on equal terms with other citizens.” In addition, the Constitution’s fugitive slave clause (Article IV, Section II) established the personhood of enslaved Black people when it referred to them as “persons held to service in one State, under the laws thereof.”