Joseph A. Esposito is an historian, writer, and educator.  He served in three presidential administrations and is the author of Dinner in Camelot: The Night America’s Greatest Scientists, Writers, and Scholars Partied at the Kennedy White House. 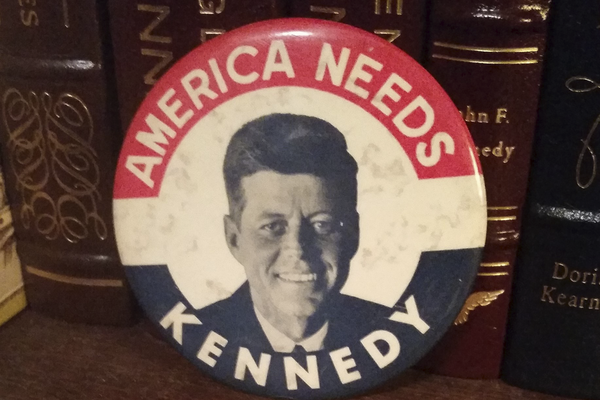 John F. Kennedy, whose life and brief presidency have generated countless books and intense interest, was born 103 years ago today. For many baby boomers his presidency stands as a beacon for wit, grace, and youth. His abrupt death remains a watershed in modern American history, a point at which the United States took a different turn.

I met Kennedy when I was ten years old and was smitten. I have studied him for years. He was a complex man who sometimes did infuriating things but also some magnificent things. He was flawed, as are all political figures, but he also was special.

Theodore H. White, the keen presidential observer who helped craft the Camelot mystique after the president’s death, later explained that time in more measured ways. He called the hagiography “a misreading of history. The magic Camelot of John F. Kennedy never existed. Instead, there began in Kennedy’s time an effort of government to bring reason to facts which were becoming almost too complicated for human minds to grasp.” He added that a more accurate appraisal of Kennedy and his advisors presented a challenge: “What kind of people are we Americans? What do we want to become?”

Those 1,036 days of the Kennedy presidency were a time of promise. He began a journey to bring the nation to a better place in Cold War tensions and peace, civil rights, the environment, public service, the arts, and other areas. He said in his inaugural address that the quest would extend beyond his time, but great progress was made.

Camelot was a special time but for more than the glamour: it represented a brief period when presidential leadership was strong and clear. As Teddy White said, Kennedy asked us—cajoled us—to search for ‘What do we want to become?’”

If this were an ordinary time, I would be heading to Martin’s Tavern in Georgetown today to eat a bowl of clam chowder in the Kennedy booth as I did on the one hundredth anniversary of his birth. But we can still toast a different time and hope that we can recapture what we have lost.