Morning or Mourning in America? Political Advertising and the Politics of Emotion

Wendy Melillo is an Associate Professor of Journalism in the School of Communication at American University. 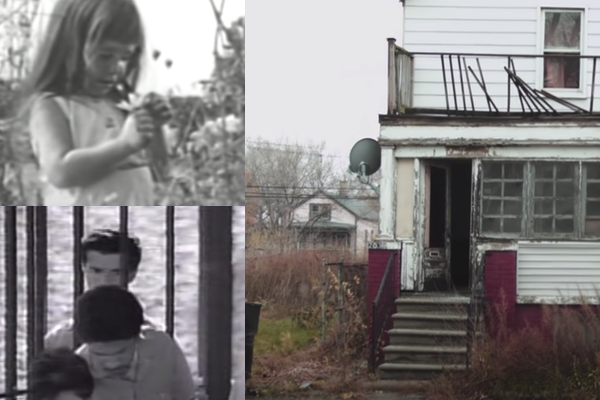 The promise of American greatness knew no bounds in “Morning in America,” the iconic ad created by the group of political consultants and advertising gurus (the “Tuesday Team”) who worked for Ronald Reagan’s 1984 reelection campaign. In the ad, Americans were working, getting married, and buying homes – confident that the country they lived in was “prouder and stronger and better” under President Reagan’s leadership than four short years before.

Advertising typically sells us life as we want it to be, not life as it truly is. Maybe that’s why the anti-Trump, conservative super PAC known as the Lincoln Project’s new ad “Mourning in America” is such a gut punch. As misery and despair unfold in scene after scene of job loss and death, there’s no escaping the dystopian nightmare America is now mired in as the country battles the coronavirus. After seeing the ad, President Donald Trump started rage tweeting at the ad’s creators – attorney George Conway, Republican strategists Steve Schmidt and John Weaver, and media consultant Rick Wilson – at nearly 1 a.m. on May 5.

The history of political advertising offers a glimpse into why ads like this one can come to define a politician’s candidacy for better or worse. Ads that effectively tap into the collective cultural zeitgeist can become harbingers of a candidate’s fate in a way that political polling will never be able to do. Numbers can’t effectively capture the moment when advertising causes perceptions to harden into actual beliefs that govern voter decisions come election time.

We’ve seen such moments before. The 2004 Swift Boat Veterans for Truth ad turned Democratic presidential candidate John Kerry, a decorated Vietnam vet, into an unpatriotic, East Coast elitist. Compare the 2008 wil.i.am “Yes We Can” video in support of Barack Obama to the 2007 viral video “Vote Different,” which superimposed Hillary Clinton’s face in the place of Big Brother in a make-over of the 1984 Apple computer ad. Putting Obama’s speeches to music communicated hope and love. Depicting Clinton as an authoritarian evoked all the negative feelings against her.

It’s worth a trip down memory lane to recall exactly how much advertising has influenced presidential campaigns and their outcomes. Historians credit Eisenhower’s decision to accept advertising with changing the course of how modern presidential campaigns would be conducted going forward, according to the former Museum of Television & Radio’s (now the Paley Center for Media) 2004 exhibit, “Madison Avenue Goes to Washington: The History of Presidential Campaign Advertising.” Whistle-stop tours ended and the era of slick ads designed to enhance a presidential candidate’s image began.

Reeves, later known for the famous M&M candy campaign “Melts in your mouth,” crafted Eisenhower’s image by removing his glasses and filming him answering questions from Americans about taxes and Korea. The strategy behind the $60,000 campaign, called “Eisenhower Answers America,” allowed Reeves to present the candidate as fatherly, decent, responsible and trustworthy. Democrats complained that Eisenhower was selling the highest office in the land like advertisers sold soap or laundry detergent.

John F. Kennedy’s 1960 campaign featured the first-time political ads were shot on location. One positive ad showed Kennedy talking directly about his Catholic religion, a controversial issue at the time. The Kennedy campaign also produced a damaging attack ad that undermined the carefully honed image Republican opponent Richard Nixon had earlier created during his famous Checkers speech. When Nixon ran against Kennedy, Eisenhower was asked at a press conference to name something his vice president had done. Eisenhower answered, “If you give me a week, I might think of one. I don’t remember.” The Kennedy campaign used the remarks in TV and radio ads that questioned Nixon’s experience and capability.

Stoking fear about Republican Barry Goldwater became the key Democratic advertising strategy used to keep Lyndon B. Johnson in the White House in the 1964 presidential race. The Democrats hired the ad agency Doyle Dane Bernbach (today DDB Worldwide) to produce a series of hard-hitting ads. One TV spot featured a saw slowly cutting off the eastern section of a model of the U.S. Just before the piece fell off and floated away, the announcer told viewers that Goldwater thought the nation would be better off without the Eastern Seaboard.

Perhaps the most controversial and memorable presidential campaign ad of all time, the “Daisy Girl” spot, played off of the very real fear Americans had of nuclear annihilation, as historian Robert Mann recounted in his book Daisy Petals and Mushroom Clouds: LBJ, Barry Goldwater and the Ad That Changed American Politics. The countdown to a nuclear missile launch is told through the eyes of a young girl pulling petals from a daisy flower as the mushroom cloud appears in her eye. The spot aired just once, on Labor Day, during NBC’s Monday Night at the Movies, but the subsequent media interest brought it fame as an attack ad.

The 1968 three-way race between Richard Nixon, Hubert Humphrey and George Wallace saw the birth of the media specialist in presidential campaigns, which became a major contributor to cost, even as attack ads grew in prominence. One Humphrey spot featured a man’s voice laughing uproariously as the words “Agnew for Vice President?” appeared on a TV screen.

When Nixon’s media advisors created their own in-house agency called “The November Group” in 1972, they “saved the 15 percent of the amount of television and radio air costs an agency holds back as the fee for placing an ad,” wrote Kathleen Hall Jamieson in Packaging the Presidency: A History and Criticism of Presidential Campaign Advertising. Advertising teams would appear again in Reagan’s Tuesday Team – named after election day held on the first Tuesday in November – and in 2000 for George W. Bush’s “Park Avenue Posse,” headed by the ad agency Young & Rubicam’s Jim Ferguson.

At the time, the 1988 race between George H.W. Bush and Michael Dukakis was considered the most negative historical contest since the 1964 Daisy Girl spot. Two ads painted a devasting picture of Dukakis as weak on crime. Jamieson described  “Revolving Door” in her book this way: “A procession of convicts circles through a revolving gate and marches toward the nation’s living rooms.” Jamieson said the ad made a false inference “that 268 first-degree murderers were furloughed by Dukakis to rape and kidnap,” since the facts revealed that only William Horton, a first-degree murderer whose saga the Bush campaign chronicled in the “Willie Horton” ad, escaped his furlough in Massachusetts and committed a violent crime.

As journalists stepped up their scrutiny of advertising claims made in the 1992 race, Bill Clinton’s ad team used real news footage in attack ads and played on a positive association by including a photo of a young Clinton shaking JFK’s hand.

The people who produce advertising understand how emotions can drive decision making, and voting choices are no different from product purchasing decisions. One’s instincts, often translated into “which candidate would you would rather have a drink with,” influence the ballot box, as the Lincoln Project’s Rick Wilson knows only too well.

Speaking of his homage to the original Morning in America spot, Wilson wrote in his May 6 column in The Daily Beast, “That brilliant, evocative minute caught a moment of uplift in the minds and hearts of American voters in that rarest of political spots; it was true in the audience’s gut.”

The darker Mourning in America video, where America is presented as “weaker and sicker and poorer,” might well be the 60-seconds that decide Trump’s fate in November.