Hana Hancock is the Social Media Editor for HNN. 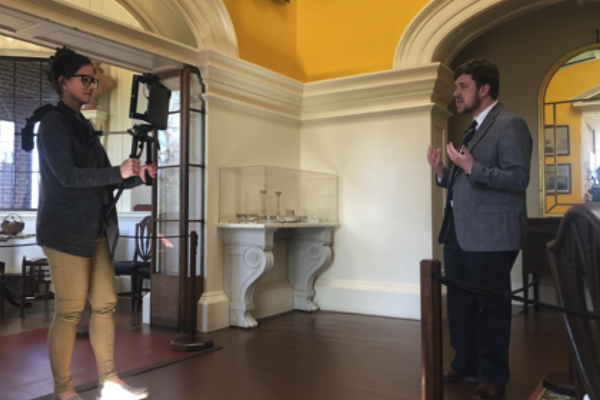 It’s not a world Jefferson, Madison, nor Robert E. Lee probably ever imagined for us.

Although these men declared independence, codified constitutional government, and led a rebellion against the United States, there is no playbook for what happens during a global pandemic that threatens the very heart of our republic.

Forced by unseen circumstances and social distancing measures, historic homes have looked inwards to harness the ideals of innovation and savvy first championed by the forebears of our nation. As physical doors shut to the public amid the health crisis, virtual ones open.

As we all do our part to remain socially distant, James Madison’s Montpelier is one of several historic homes to accommodate our new normal by shifting education online.

The plantation is used to drawing groups across the world onto its extensive campus with its self-described ‘power of place.’ Now, the estate has taken the opportunity to showcase aspects of Montpelier not normally open to the public. A wooded area that, in its heyday, was a place where enslaved people grew medicinal plants was the subject of a virtual tour on March 29. Registrants were able to engage in online exploration through both a formal presentation and videos of Matthew Reeves, Director of Archaeology at Montpelier, pointing out features throughout the woods. More webinars are currently in the works. 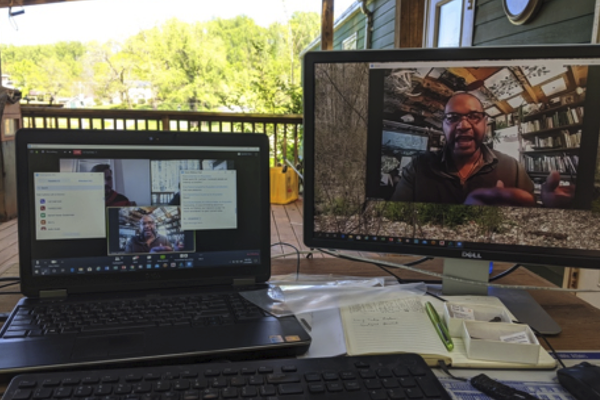 These are not the highest of tech operations. With iPhones and iPads mounted on hand-held tripods, stabilizers, and Best-Buy brand microphones clipped to dress-shirts, interpreters are finding new ways to engage with the public. Nevertheless, this is a real creative moment for museums and their staff.

“I've been really interested to see how everybody in the museum and historic site community has geared up to become an online content source,” said Montpelier’s Executive Vice President and Chief Curator Elizabeth Chew.

Located just an hour’s drive from Montpelier, those who want to tour the mountaintop home of our third president can do so by joining a live Zoom tour of the Monticello estate. Tours are offered four days a week and registrants are guided through the logistics of downloading the Zoom platform and joining the tour.

A guide shows participants through the lower level of Jefferson’s foyer, parlor, kitchen, study and other rooms out into the spectacular Blue Ridge Mountain views that frame Mulberry Row—the industrial hub where over 130 enslaved people could be found toiling away. At certain portions of the tour, staff unmutes the microphone function so participants can ask questions or speak up for further clarification.

“We wanted it to be interactive and special and different from just going online and looking at a street view virtual tour because we have that, too. But this way they get to interact and ask questions,” said Monticello’s Manager of Digital Learning Melanie Bowyer.

Justin, one of the tour guides at Monticello, guides a virtual tour through Jefferson’s dining room filmed by Melanie Bowyer.

Stratford Hall in Westmoreland County, the home of Confederate General Robert E. Lee and his descendants, introduced a weekly #TourTuesday on their Facebook page led by Manager of Interpretations, Kelly Childress, in full period costume. Each tour is a short two-to-three-minute video taking users through rooms of the main house.

An American Sign Language friendly tour, previously offered by Stratford through in-person tours, is now available online. The video was originally envisioned and created by Director of Programming, Education, and Visitor Engagement Kelley Deetz, who believes strongly in accessibility. In addition to ASL signage in the video, a narrator touches upon the history of each room of Stratford so that all may enjoy the history the Hall has to offer.

“The beauty of this is that what we're creating now is really evergreen,” said Stratford’s Director of Marketing and Communications Anne Wilson. “It can be something that we are able to continue to share or even build upon.” 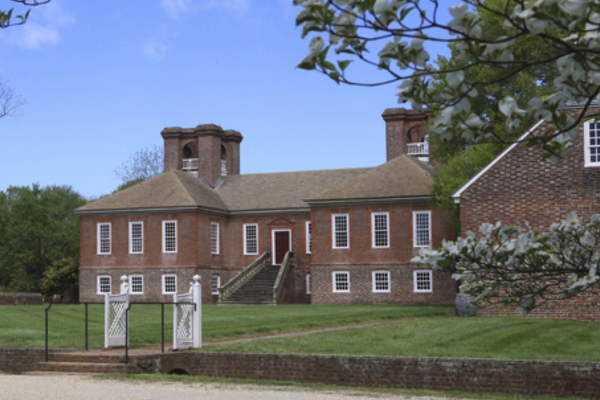 Tours at Stratford Hall in Virginia typically start outside of the Great House.

While society is at a standstill, it’s imperative we recognize the online resources and tours historic homes and institutions are providing to continue their commitment to classroom engagement.

School Programs Coordinator Erin Bartram at the Mark Twain House and Museum in Hartford, Connecticut serves communities near and far through integrated content she developed to work in conjunction with an online 3D tour.

“As you move through the house, when you're in a particular room, there's a tag that takes you to a program based on some of the art in that room, for instance. I've worked really hard to make the online material that we have as easy as possible for people who may have limited internet access to us,” Bartram said.

All activities, with some even in Spanish, are in PDF format so they can be easily accessed, printed, or even mailed to students—the latter of which Bartram has found to be the most popular option for teachers .

These practically Herculean efforts to move live educational experiences online, created over just a couple of days, are by no means complete. While successful, they only represent a fraction of what these homes experience through in-person visitation. As of the end of March, Montpelier’s first webinar event had 38 connections and Monticello has had 100 connections since the launch of the live virtual tours.

And with just a few members of staff working on site, it remains to be seen whether these pockets of history can sustain themselves or their dedicated historians. Just like the many Americans projected to perish over the coming months, not every historical site will make it out of this pandemic alive.

“This is such an interesting and important time for museums, and I think times of crisis like this always bring change,” said Montpelier’s Chew. “And it's going to bring change that is necessary, but may also be painful.”

For more engaging online tours of historical homes, please check out these additional sites and all that they have to offer: The President Woodrow Wilson House, Dumbarton House, and the Hillwood Estate.