M. Andrew Holowchak, Ph.D., is a philosopher and historian, editor of "The Journal of Thomas Jefferson's Life and Times," and author/editor of 13 books and of over 80 published essays on Thomas Jefferson. He can be reached through www.mholowchak.com. 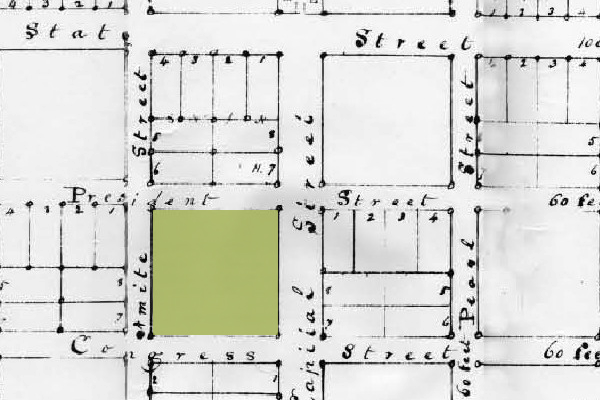 A yellow-fever epidemic in 1793 hit Philadelphia, a city then of some 50,000 persons. Forty percent of the people fled Philadelphia. That noted, still some 10 percent of the citizens, some 5,000 persons, perished during the epidemic, which ceased when a frost killed the mosquitoes that were carrying the virus. Years later and while president of the United States, Jefferson had this to say in a letter to Dr. Benjamin Rush (23 Sept. 1800): “The yellow fever will discourage the growth of great cities in our nation, & I view great cities as pestilential to the morals, the health and the liberties of man. True, they nourish some of the elegant arts, but the useful ones can thrive elsewhere, and less perfection in the others, with more health, virtue & freedom, would be my choice.”

The sentiments expressed by Jefferson have typically been construed by scholars—and it is easy to understand why that is the case—as evidence of Jefferson’s heartlessness, or of an extreme anti-urbanism. They certainly resonate today with ill-considered proposals today by President Donald Trump and Florida Governor Ron DeSantis to restrain physically the travel of urbanites in large cities, or by some on the far right to allow cities to collapse under the Coronavirus contagion.

Yet it would be a mistake to reject Jefferson out of hand as a source of historical wisdom about the effects of pandemics on urbanites.

Jefferson, ever sanguine, was merely trying to make the best of a wretched scenario in his letter to Rush. He continues to Rush, “Providence has in fact so established the order of things, as that most evils are the means of producing some good.” His optimism was grounded on a political philosophy that was liberty-loving, people-centered, equalitarian, science-friendly, progressive, and agrarian. Being agrarian, it was fundamentally anticity.

Yet given the human costs of urban contagion, Jefferson gave thought to land-use policies that he hoped would mitigate epidemics alongside other urban evils. Ever mathematical, distrustful of the physicians of his time, and interested in building, Jefferson even proposed an innovative design for cities—a checker-board pattern—whose main function was to prevent disease. In a letter to Comte de Volney (8 Feb. 1805), Jefferson elaborates through use of a diagram: “Let the black squares only be building squares, and the white ones be left open, in turf and trees. Every square of houses will be surrounded by four open squares, and every house will front an open square. The atmosphere of such a town would be like that of the country, insusceptible of the miasmata which produce yellow fever.” The checkerboard design was likely something Jefferson had in mind since his days in Paris, when he observed innovations in the design, function, and placement of hospitals to help the sick.

What is more, the checkerboard pattern was a notion that others took seriously.

Jefferson adds, in the letter to Volney, that the checkerboard plan is being considered for extensions of New Orleans. The governor of Orleans Territory, William C.C. Claiborne, wrote Jefferson (30 Aug. 1804) of “the score of elegance and comfort … of health” of its design. Claiborne said he would “spare no pains to impress its excellencies on the minds of those Citizens, whose influence will be serviceable.” Claiborne’s assurances notwithstanding, there is no evidence that New Orleans ever seriously considered the Jeffersonian grid for its extensions.

Consider also an exchange of letters between Jefferson and William Henry Harrison, future president of the United States. Harrison had designed a new town, Jeffersonville, Indiana, in the manner of Jefferson’s checkerboard grid.

In reply to a letter written by Harrison to Jefferson (6 Aug. 1802), Jefferson writes (27 Feb. 1803): “When I had the honour to see you in Philadelphia in the Spring of the year 1800 you were pleased to recommend to me a plan for a Town which you supposed would exempt its inhabitants in a great degree from those dreadful pestilences which have becomes so common in the large Cities of the United States.” Harrison, as governor, had the opportunity “to designate the seats of Justice for the Counties.” He “fixed upon a spot where there had been no town laid out,” and there “a Town has been laid out with each alternate square to remain vacant forever.” Jeffersonville, of course, had not its alternate squares “remain vacant forever.” The open spaces, seen as land wasted, were soon filled, and the experiment in health would never be tested.

Jackson, Mississippi, too was to be laid out in a Jeffersonian checkerboard. “By varying street widths, reserving large sites for important buildings, and providing a connecting street to link these locations,” writes John Reps in “Thomas Jefferson’s Checkerboard Towns,” “the planners of Jackson improved markedly on the layout of Jeffersonville.” Once again, the temptation to fill the empty spaces proved too great and there is today little trace of the original plan.

Outside of the hoped-for health benefits, Jefferson’s checkerboard, an innovatively simple geometric design, had an additional function. If actualized, it would function to impede and discourage the growth of towns into cities. First, it would disperse the potential population over a much larger expanse of land. Given that there would often be natural topographical limits to the expansion of a town—e.g., hills, valleys, deserts, or rivers—it would also limit the population of a town. Such things would militate against growth of towns into cities and encourage instead growth of numerous small towns within a state. Second, by making only half of the vacant land available for buildings, it would prevent overcrowding in any particular area as well as throughout the town.

It is easy to grasp why Jefferson’s plan was never anywhere actualized: Land, sitting dormant, would have not been put to fullest use.

In keeping with his appropriation of the common Greek maxim mēden agan (Nothing too much), Jefferson maintained that land put to too much use creates problems related to pollution, sanitation, and hygiene as well as corruption of morals through encouraging practices such as prostitution, gambling, and drinking. A contemporary visitor to New York or New Orleans would see, as Jefferson did when he lived in Paris and visited London, that those problems can become serious or even deadly, in spite of public efforts at abatement—especially in dire circumstances, like the scenario today. That is why Reps said, “It is one of the tragedies of our urban history that the game was not played out under proper rules on the checkerboard of Thomas Jefferson.” There is much that persons of Jefferson’s day might then have learned.

What today about us? What we can learn from Jefferson is this: It is ever wise to consider the influence of usage of land on public health, both physically and morally. The two are not unrelated.