American Women at the UN: From Breakthrough to Dumping Ground? 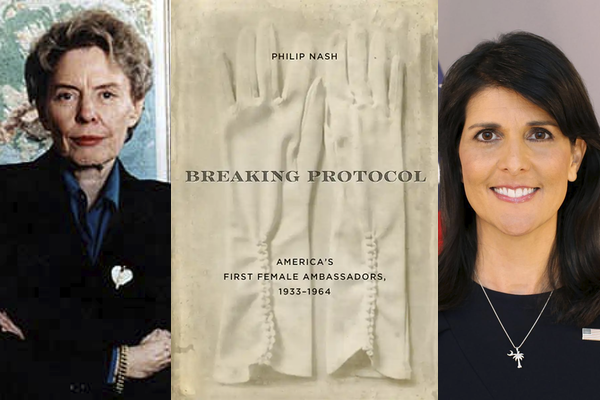 When Ronald Reagan appointed political scientist Jeane Kirkpatrick US Ambassador to the United Nations in 1981, it was a major breakthrough. Never before had a woman occupied so high a position in US foreign relations, indeed, one with cabinet rank.

Since then, women have taken further strides in diplomacy. Nearly one-third of Barack Obama’s ambassador appointments were women, and three women have now served as Secretary of State. At the UN, however, something interesting is going on: since 2009, only women have occupied the US Ambassador’s chair. Susan Rice, Samantha Power, Nikki Haley, and Kelly Craft do not comprise an enormous crowd, but four in a row may be no mere coincidence.

The dispatch of women to the UN is as old as the UN itself. President Harry Truman made a first big splash in 1945 by appointing Eleanor Roosevelt to the first US delegation to the UN General Assembly (over widespread objections from men, including among her new colleagues). She then went on, of course, to serve with great distinction through 1952, impressing even her critics, winning election as the first Chair of the UN Human Rights Commission and, most important of all, playing a vital role in the drafting of the Universal Declaration of Human Rights.

Thus was a path for women to the UN cleared early on. But that path would also soon come to represent confinement as much as opportunity, even in Mrs. Roosevelt’s case. In early 1949, Mrs. Roosevelt was considered for the post of Ambassador to France, which would have represented a huge milestone for women—and a fitting step up for Roosevelt, one for which she clearly had the necessary talent and prestige. But top State Department officials, including Secretary of State Dean Acheson, “agreed that it would be much better for her to remain doing…work for us at the United Nations.”

The attitudes at play here were to be found elsewhere too. In June 1946, US Ambassador to Turkey Edwin C. Wilson encouraged the graduates of the American College for Girls to pursue a variety of careers. Some of them, he said, “under the standard of social justice, may enter the lively arena of public affairs”—for example, at the United Nations, where women “will carry on their age-long fight for security of home and loved ones in a world of peace.” In other words, if to perform international public service women left their separate sphere of home and family, they rightfully belonged in the separate sphere of the UN. Wilson made no mention of career opportunities in the Foreign Service or Department of State, where women had already been serving, including two chiefs of mission (Ruth Bryan Owen, Denmark, 1933-36 and Florence Harriman, Norway, 1937-41).

Incidentally, the most senior woman working at the State Department in this period was Dr. Dorothy Fosdick, who served on the Policy Planning Staff under George Kennan and then Paul Nitze (1948-53). While perhaps a coincidence, by now one could probably predict her brief: United Nations affairs.

Thereafter, Presidents and Secretaries of State often fell back on the UN when appointing women, even when doing so represented a clear demotion. Clare Boothe Luce was already a major media and political figure when Dwight Eisenhower named her Ambassador to Italy (1953-56), the first female US ambassador sent to a major ally. By all accounts, including Ike’s, she did a fine job. When she sought a second post in 1957, however, Secretary of State John Foster Dulles offered her a slot on the US delegation to the UN General Assembly. Luce saw this as the insult that it was and declined.

Similarly, Eugenie Anderson, Ambassador to Denmark (1949-53) and Minister to Bulgaria (1962-64), was an outstanding chief of mission. No less a figure than the decidedly non-feminist Kennan reported that in Bulgaria, Anderson had “shown not only common sense, but exceptional shrewdness and courage” in tackling one of the toughest diplomatic tasks anywhere. In 1965, Anderson was discussed as a possible Assistant Secretary of State (which would have been a first for women) or Ambassador to Canada. She ended up at the UN as a member of the US delegation.

These and other stories like them strongly suggest that Presidents early on tended not only to send female ambassadors to small relatively unimportant western European countries, but also to see the UN as an easy means by which to pad the number of female appointments while limiting the number of women closer to the center of foreign policymaking. To be sure, the UN ambassadorship can be important. But considering the secondary status of the UN in the eyes of some US leaders—especially the Trump administration, which has taken a range of hostile steps against the body, from threatening the International Criminal Court to defunding or withdrawing from multiple UN bodies—the recent female appointments there may thus suggest that women are undervalued as well.

While this is discouraging, it matches the mixed overall record we continue to see today. For example, the Trump administration has appointed some women to senior State Department posts, and has even named the first female Director of Central Intelligence (Gina Haspel). However, the percentage of ambassadorships given to women has declined significantly since 2016, and women are still underrepresented in the most prestigious and strategically important posts, such as ambassadorships in G-7 countries. As in other fields, moreover, female ambassadors also suffer disproportionately from work-life imbalance. One study of all 603 career ambassadors from 1993 to 2008 found women significantly more likely to be single and childless than their male counterparts.

Thus while the United States has made great strides, and compares favorably to many other countries in the appointment of women to ambassadorships, it still has a long way to go before it can say that, as a whole, its representatives are representative. More women belong in senior foreign and national security policy positions—at State, Defense, the National Security Council, and beyond—and not just at the United Nations.