"Rogue" Manufacturing in China: Past and Present

Eugenia Lean is professor of history and East Asian languages and cultures and current director of the Weatherhead East Asian Institute at Columbia University. Her most recent book is Vernacular Industrialism in China: Local Innovation and Translated Technologies in the Making of a Cosmetics Empire, 1900–1940 (Columbia University Press, 2020). 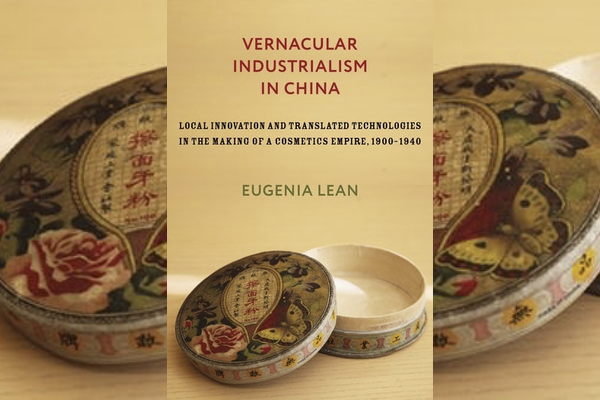 China’s rapid ascent as an economic superpower at the turn of the twenty-first century has fueled considerable global anxiety. The Trump administration’s recent decision to adopt an aggressive, no-holds-barred tariff war with China is one such expression of concern. At the core of the unease is the sense that China does not play by the rules and engages in rogue manufacturing and industrial espionage. While copying and trade theft occur worldwide, China has become identified as the most egregious offender in the production of fakes and knockoffs, portrayed as unable to innovate and add productively and originally to the global economy.

In China itself, however, copying is not necessarily unethical, nor mutually exclusive from innovation. Manufacturing products by copying preexisting brand name items is often associated with the term shanzhai. Originally literary in nature, referring to the mountain strongholds in which rogue heroes pursued extralegal justice, shanzhai is now translated as “knockoff” or “local imitation,” and is linked to the culture of underground factories located in manufacturing hubs such as Shenzhen that deliver local adaptations of brand products. Despite critics in the West raising alarm bells regarding Chinese counterfeits, Chinese leaders have come to celebrate shanzhai practices and promote the adaptation of imported technologies as crucial to “indigenous innovation.” Some Western journalists have even started to praise the culture of shanzhai in Shenzhen by likening the city to Silicon Valley and celebrating the area as a tech “nirvana.”

If shanzhai practices characterize China’s economic growth today, manufacturing that resembles shanzhai has a longer history. In the early twentieth century,unconventional and homegrown ways to build industry, which included drawing from global knowledge and engaging in strategic emulation, were avidly pursued. One particularly colorful individual engaged in such practices was Chen Diexian (1879-1940), a novelist and pen-for-hire, a professional editor/translator and dabbler in chemistry, and, eventually, a patriotic captain of industry. A new-style entrepreneur, Chen Diexian deftly navigated China’s early twentieth-century transition to industrial modernity. The fledgling republican state was weak and distracted, busy staving off internecine warfare and threats from abroad. Economic imperialism loomed large and Chinese entrepreneurs faced daunting challenges in developing native industry. Yet, while political chaos reigned and economic imperialism seemed insurmountable, the rise of vibrant treaty-port economies and modern print and light manufacturing industries also allowed unexpected opportunities to emerge. The decline of orthodoxy and tradition that had followed the fall of the empire meant that enterprising individuals could engage in new regimes of knowledge and pursue new endeavors.

Taking advantage of the unprecedented opportunities, Chen Diexian was one such enterprising individual. He dabbled in scientific activity and developed commercial enterprises, both lettered and material. He translated texts on and explored regimes of chemical and legal knowledge, adapted foreign technologies, and openly pursued profit—activities once deemed unthinkable for respectable men in late-imperial China. Productive in the making and selling of words and things, Chen turned his writer’s studio into a chemistry lab, shared brand name manufacturing formulas as “common knowledge” in newspapers, and utilized proceeds from his romance novels to manufacture the incredibly popular “Butterfly Brand Toothpowder,” unique in its ability to double as face powder. By doing so in a moment when China was experiencing penetrative economic imperialism, Chen’s industrious activities constituted a form of “vernacular industrialism” that was local and “homegrown” (as opposed to foreign), informal and part of China’s consumer culture (rather than state-sponsored or academic-oriented), and artisanal and family-run, if eventually located in factories.

A key element of Chen's unconventional route to entrepreneurship and vernacular industry building was a "Do-It-Yourself" maverick approach to manufacturing. As a self-proclaimed nativist not able to speak a single foreign language, Chen tapped into global networks of knowledge by employing practices of collaborative translation where fidelity was second to adapting texts to local concerns. He would then tinker with the translated technologies, improve foreign recipes, and present such adaptations as virtuous “emulation” crucial to the building of native Chinese industry. Chen’s iconic product, the Butterfly Brand Toothpowder, was ingeniously manufactured when Chen improvised a foreign manufacturing recipe by experimenting with local cuttlefish bones to source local calcium carbonate, a crucial ingredient. While an advocate of emulating foreign manufacturing formulas and technologies, he sought patents for his own recipes and gadgets, basing his claims of ownership not on original invention, but on improvement (gailiang), an approach that came to inform the National Products Movement, a “buy and manufacture Chinese goods” campaign. These practices were not examples of ignorance or deviousness, but instead demonstrate how copying, improvement and innovation were not always at odds. They also reveal the strategic agency of Chen, who despite being highly “local,” drew from far reaching circuits of law and science.

Chen’s early twentieth-century vernacular industrialism can serve to remind contemporary observers that shanzhai practices of strategic emulation, hands-on tinkering, “open-source” know-how, assembling and incremental improvement to remake technology, all have a long history in China. By considering the two periods side by side, we can see how and why practices of DIY tinkering, copying, improving, and reassembling have come to be so closely associated with modern China and why they have come to be seen as “rogue” in global discourses. Republican-era vernacular industrialism and contemporary shanzhai manufacturing overlap insofar as they emerged during moments of China’s entry or reentry into global capitalism.

Yet real differences between the two moments exist and reflect some of the variant political implications behind not just the manufacturing cultures but also the divergent place of China vis-à-vis global capitalism and the differences between capitalism in the two eras. In the earlier moment, the nascent Republic of China was struggling with what were unremitting economic and political imperialist pressures while being ripped apart by internal warfare and political fragmentation. Despite this inhospitable context, vernacular industrialists such as Chen were able to adapt new forms of industrial manufacturing that emerged with global developments in chemistry and physics to generate a patriotic and anti-imperialist National Products Movement. In this context, “rogue” practices for the purposes of import substitution were deemed necessary. The contemporary moment offers us a different iteration of the way China engages with global capitalism. Today’s shanzhai and counterfeit manufacturing emerges during a period when a strong post-socialist authoritarian state has been eager to reenter global capitalism and has adopted muscular policies that have enabled China to do this extremely successfully. Practices of shanzhai copying and adapting electronic and digital technologies of the current postindustrial global economy have been part of this success, helping fuel China’s ascent, even while generating anxiety among global competitors.

Both Chen’s vernacular industrialism in the early twentieth century and today’s shanzhai force us to rethink conventional narratives and normative ways of understanding ownership, innovation, and what constitutes industrial work and industrial development. For the Trump administration so eager to demonize Chinese industry to pursue its trade war, the legal conceit that emulation precludes innovation is highly convenient for it to castigate China for its purportedly flagrant disregard of intellectual property. Yet, history of shanzhai-style manufacturing reveals a more complex picture, where innovation and emulation have often been inextricably bound. This history, moreover, converges with contemporary discourses in maker’s movements and start-up cultures worldwide that embrace open-sourcing and shared access to knowledge, similarly threatening the easy distinction between imitation and innovation. This all suggests that imposing any one set of norms on intellectual property in industry is likely to be a futile effort. Rather, what we might see is that as China’s economic power grows, intellectual property might end up looking more and more like shanzhai in the future.