Jack Welch Was a Bitter Foe of American Workers

Erik Loomis is Associate Professor of History at the University of Rhode Island. His most recent book is A History of America in Ten Strikes (The New Press, 2018). 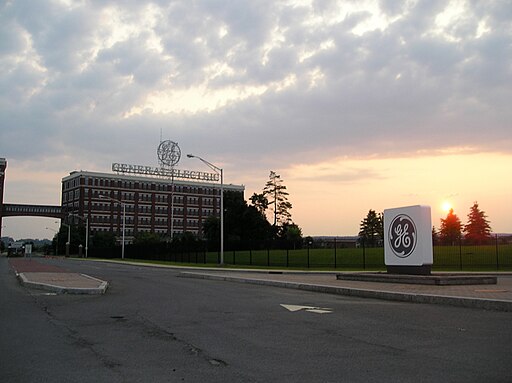 With the United States firmly in its second Gilded Age, the creators of this period of epic income inequality, growing racial violence, and undermining of our democratic institutions are already beginning to pass from the scene. One of these is Jack Welch, who died last week at the age of 84. Most of the national obituaries of Welch focused on his outsized personality and aggressive management style. Those things did help change the trajectory of American capitalism, but the obituaries left out or downplayed Welch’s greatest impact in shaping the unequal and unfair America of today: unionbusting.

For many years, General Electric was one of the largest corporations that had a stable relationship with its unions. Under Gerald Swope’s leadership, GE had come to terms with labor unions in a system of collective bargaining that created a profitable stability. While Swope’s successors at GE were not as favorable to unionism as he, the company was a stalwart of union power for decades.

When Jack Welch took over GE, he brought a very different perspective to the question of unions. He wanted them out. He was no outsider. He has worked for GE for twenty years before becoming CEO. But rather than learn how unions can sustain a workplace where workers feel valued, where they have safe and healthy jobs, and where they make wages that allow them to live with dignity, the lesson Welch took was that unions got in the way of maximizing profits. That Welch came to power the same year that Ronald Reagan ushered in the new era of unionbusting by firing the air traffic controllers in 1981 was coincidence, but a fitting one.

Moreover, Welch’s rise coincided with American corporations began moving millions of industrial jobs overseas, helping to undermine organized labor and reorient the nation to concentrate wealth in the top 1 percent of income holders, which very much included Welch and other GE executives. He made GE one of the leaders in corporate mobility. As he infamously said, “Ideally, you'd have every plant you own on a barge.” He closed union plants in the north and reopened them in the non-union south or overseas. The era of unfettered capital mobility went far to undermine the postwar stability of the working class.  American steel companies laid off forty percent of their workers between 1979 and 1984 while United Auto Workers lost half their members between 1970 and 1985. As late as the 1990s, there were tens of thousands of jobs in textile plants in the South. But these were the last remnants of a once robust manufacturing base. Beginning in 1995, Fruit of the Loom closed a series of Alabama mills and moved production to Mexico, Central America, and the Caribbean, a process that continued through 2009, when two last factories closed, laying off 270 workers. Jack Welch was not the only person responsible for the outsourcing of union jobs, but no one celebrated it with more obnoxious fervor.

Welch believed that unions destroyed the American economy, stating in a 2009 forum that there were no competitive unionized industries in the United States. Between 1980 and 1985, GE’s workforce plummeted from 411,000 to 299,000 workers. The overall percentage of unionized workers in the company fell from 70 percent when Welch took over to 35 percent by 1988. That Welch himself rose from nothing, the son of Irish-Americans who did not graduate from high school only bred greater contempt. If he could become rich and famous, why couldn’t all the other working class kids? That his personal actions foreclosed that possibility for millions of others hardly entered his mind, as it didn’t bother earlier generations of formerly working class capitalists such as Andrew Carnegie. Welch personified the survival of the fittest for himself.

Welch’s impact on upstate New York was devastating. GE’s home of Schenectady, New York, once a thriving industrial city, became a deindustrialized shell filled with crime and poverty thanks to GE layoffs. When GE pulled out of its Fort Edward, New York electrical capacitor plant in 2013, after Welch’s retirement but with his influence still strong, Chris Townsend, political director for the United Electrical Workers, stated in fury, “It shouldn’t be easy to close a plant. The General Electric corporation has been shown every imaginable consideration. Our members have worked with the company to keep this plant profitable. Now the company decides to walk off, leave hundreds of people stranded with no jobs, no income.” That, compounded by hundreds of other closures and layoffs, is the legacy of Jack Welch.

Welch’s entire career was class warfare: the rich against the poor. The only worthwhile value for Welch was the quarterly profit report. Anything that got in the way of that—especially an unproductive division of workers—was happily sacrificed for that goal. For all this, Fortune magazine Welch was named “manager of the century,” a symbol of how toxic American corporate culture had become by 1999. Whereas workers were placed into competitions to cull the least productive, Welch helped bring in the era of outsized CEO pay that far outstripped that of average workers, recreating the world of the late nineteenth century where obscene wealth for a few was overtly built on the poverty of the many.

Today, we are living in the world Jack Welch made, one in which a racist, proto-fascist, self-proclaimed billionaire whose businesses have worked with organized crime figures is president, governing by the New Gilded Age principles of letting business rule itself and eviscerating labor, consumer, and environmental regulations. In fact, while Welch criticized Donald Trump’s chaotic management skills, he also loved how Trump had governed in favor of business and warned that impeaching the president would “blow the markets away.” Impeachment had no impact on the market, but Jack Welch being wrong about America was the cornerstone of his career. His life immeasurably hurt this nation and should not be mourned. Instead, his methods and beliefs should stand for the decline of America in the twenty-first century.