Modeling Grief: the Death of Children in Historical Perspective 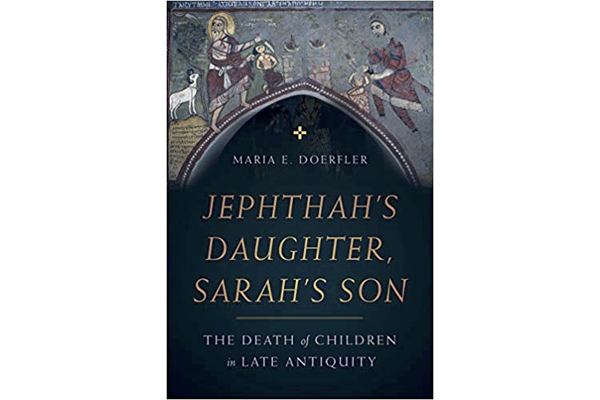 I remember the afternoon my brother died in vivid detail: the chill of the afternoon, the bustle of doctors throughout the house, the sound of the ambulance – and the silence that followed. That silence stretched interminably, it seemed to me, from the moment of death, through the tearful embraces at my brother's graveside a few days later, into the months and years to come. I was not yet eight at the time, just a couple of years younger than my brother hand been, Yet death, I understood even then, carried with it a finality that defied words, doubly so when the death in question was that of a child.

The death of children, for contemporary Western readers, looms large among the horrors most hope to never experience – and most indeed never will. In the United States in 2015, estimated average life expectancy at birth was nearly 79 years; the United Kingdom and most Western European countries reach even higher age ranges.(1) Put slightly differently, only 24.9 among every 100,000 American children are expected to die between the ages of one and five; just 38.1 of those 100,000 won’t live to see age fourteen. The haunting specter of facing the death of a child nevertheless informs a wide cross-section of Americans’ experience, from the quasi-apotropaic ritual of announcing pregnancies only after a number of months have passed, to the media's reporting of international tragedies by presenting children as "ideal victims": the faces of affliction most likely to engender sympathy.

When the unthinkable occurs, as it did in my family that distant afternoon, resources are nevertheless surprisingly scarce, with few tools designed to address and help families move past the experience of bereavement, and few ways to break the silence surrounding loss and grief. As students of the history of emotions have argued, even the deepest and most primal feelings require cultural scripts to come to expression: models for experiencing one's own suffering and for responding appropriately to others’. The relative lack of such models in contemporary American society contrasts sharply with other eras' approach to voicing bereavement. Frequently and unsurprisingly, it has been religious communities that developed ways of speaking about loss, including the loss of a child. In late antiquity, roughly the first millennium of the Common Era, for example, Christian homilists and liturgists – the authors of hymns and funeral services – crafted scripts for families and communities confronting grief.

Perhaps the most surprising aspect of these is their pluriformity. Letters and treatises addressed to elite recipients frequently commended restraint to mourners. The dead child, these writers argued, was enjoying blissful afterlife in the company of Jesus, angelic caretakers, and appropriately saintly playmates; parents accordingly ought to rejoice rather than deplore their loss. Most writers, however, addressed themselves to broader audiences, including the ordinary women and men who gathered in churches across the Roman Empire on Sundays and feast day. For them, homilists brought to life sympathetic characters from the very pages of Scripture: mothers who, like the first woman Eve, had endured the death of a son, and fathers like Job who had to bury all their children in a single day.

Most of these stories found only the briefest of warrants in the biblical text. The death of Job's children as part of a wager between the divine and his accuser, for example, commands only two verses in the eponymous book (Job 1:18-19), and is recounted to Job only as part of an onslaught of trials that include the loss of crops, herds, and slaves' lives. In the Hebrew Scriptures, Job responds alike to all misfortunes; and yet, ancient Christian exegetes agreed, it was the death of his sons and daughters that truly caused him suffering. One anonymous Greek author, in fact, depicted Job searching through the ruins of the house that crushed his children. In this homily, Job painstakingly retrieves their remains from the detritus, joins together body-parts that had been scattered, and so prepars each child for burial. In the same vein, another author envisioned Eve's horror at discovering her son Abel's corpse. The bible's first bereaved mother, this text suggests, Eve initially did not recognize the familiar signs of death, tearfully calling out to Abel as to one asleep and appealing to him to speak to her.

At times, writers even imagined the grief and anxiety of parents otherwise marginalized in Scripture. Genesis 22, the story of Abraham's sacrifice of his son Isaac at God’s behest, for example, makes no mention of Isaac's mother, Sarah. And yet, ancient Christian homilists wondered at a father's ability to abscond with a child without consulting his mother, and envisioned Sarah as fearful and suspicious of her husband's motives. One anonymous Syriac homily, for example, has her appeal to Abraham to join her in pleading with God for Isaac's life, and even to die in her son’s stead. In the face of Abraham's refusal, Sarah's fear turns to anguished lament:

I wish I were an eagle or had the speed of a turtle-dove,

so that I might go and behold that place, where my only child, my beloved, was sacrificed!

and bring back a little of his blood to be comforted by its smell.

[That] I had some of his hair to place somewhere inside my clothes,

and when grief overcame me, I had some of his clothes,

so that I might imagine him, as I put them in front of my eyes;

and when suffering sorrow overcame me I gained relief through gazing upon them.(2)

In late antiquity, these narratives served to draw the lives of biblical characters into Christians’ experiential realm. Listeners could sympathize with the despair of a mother learning of her child's death, or the devastation of a father having to bury in short succession not just one but several children. The writers who crafted these accounts sought to create a fellowship of grief between their communities and the biblical heroes they encountered in these stories. More than that, the latter could serve as models of emotion for Christians. In observing these characters’ laments, rituals, bargaining with God, or even railing against divine injustice, late ancient audiences learned to encounter – and to survive – the quotidian tragedy of bereavement.

In the twenty-first century, these figure and their stories may no longer speak to bereaved individuals with similar clarity; at the very least, they do not speak in the same ways in a religiously pluralistic society where childhood mortality has become rare as they did to Mediterranean and middle Eastern audiences in the first millennium. And yet the fact that they speak at all is perhaps sufficient: their voices stand against the silences surrounding death and bereavement, and against the despair that lies in wait in those silences. If their message or their messengers in the intervening centuries have ceased to speak to families and communities, they nevertheless issue a challenge: to find new voices by which to speak grief and rage, fear and disempowerment – even, at long last, hope.