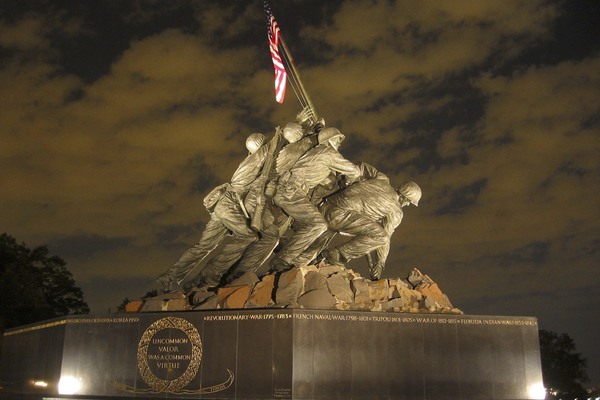 Patriotism has been defined many ways, but I prefer Martha Nussbaum’s in her Political Emotions: Why Love Matters for Justice: “A strong emotion taking the nation as its object . . . . It is a form of love.” It “can play . . . an essential role in creating a decent society, in which, indeed, liberty and justice are available to all.” Her examples of great patriotic leaders include not only George Washington and Abraham Lincoln, but also Martin Luther King Jr., an adherent of non-violence and breaker of unjust laws. Such patriotism does not demean other nations, but wishes them well. It is not self-satisfied, but values critical dissent and realizes much work is still necessary if one’s country is to live up to its highest ideals.

Valuing critical dissent and realizing more work needs doing are essential to true patriots. Pseudo patriots, however, wish only to emphasize a country’s heroes and heroics, and minimize or ignore its villains and villainy. In response to critics, they reply “love it or leave it,” believing love does not criticize. They think that historians should help inculcate patriotism, but they want only half-baked history.

They share the viewpoint of right-wing columnist Jarrett Stepman. In his The War on History: The Conspiracy to Rewrite America's Past (2019), he begins by stating, “An informed patriotism is what we want. . . . Is the essence of our civilization—our culture, our mores, our history—fundamentally good and worth preserving, or is it rotten at its root?

His “informed patriotism” suggests a false dichotomy—”fundamentally good and worth preserving” or “rotten at its root.” But history is not so simple. Historians’ main allegiance should be to truth-telling in all its fully-baked complexity. Granted, we all have our biases and see history through the lens of our own interests. But our main job is not to glorify a country—or an ethnic group, or a gender, or a particular person—but to tell the truth, warts and all. Like all countries, the past of the USA has its glorious, sublime moments, but also its nasty, disgraceful ones. Neither can be ignored.

These reflections are especially appropriate in light of Donald Trump’s continuing insistence that he is attempting to “Make America Great Again.” For the slogan appeals to Americans who wish to ignore past U. S. sins, especially the racism that killed and brutalized so many Native Americans and blacks, including slaves.

In a 2017 article entitled “Who Are We?”, conservative columnist Ross Douthat suggested that many Trump supporters preferred “the older narrative” of U.S. history, the one that glorified Columbus, the Pilgrims, the Founding Fathers, Lewis and Clark, and Davy Crockett, the one that emphasized the melting pot (not multiculturalism), and the U.S. Christian tradition (not separation of church and state, and certainly not any secularist thinking).

In response to Affirmative Action and the “Black-Lives-Matter” movement, many Trump supporters, especially older white men, see themselves as today’s true victims. As one Trump supporter claimed, “White lives matter, too, you know.” Such individuals believe Trump can help them “get their country back,” a country that would once again be dominated by white, male Christians, a country where history is taught so as to glorify American exceptionalism and not “tear it down” by harping on any perceived past flaws.

As columnist Roger Cohen has pointed out, "I want my country back” is not just a U.S. sentiment. “It is the universal cry of the global wave of rightist reaction.” It helps fuel anti-immigration, anti-Islamic, and anti-semitic feelings in various countries.

In the late 1980s I witnessed a similar reaction in the Soviet Union. These were the days of Gorbachev’s glasnost (openness). It was wonderful to see Soviet citizens’ hunger to learn their true history after they had been denied it for so many decades. Many of the crimes of Lenin and Stalin were exposed, but defenders of the two men fought back, and the battle over their history and reputations continues today in Russia, where Lenin and Stalin remain more popular than other Soviet leaders including Gorbachev. Rather than face up to the truths of the crimes of Lenin and Stalin, President Vladimir Putin attempts to manipulate Russian history for his own benefit. Like many of Trump supporters unwilling to acknowledge the USA’s past injustices, many of Putin’s followers refuse to acknowledge all the sins of Lenin and Stalin.

In 2015, Poland elected a right-wing government that “promised to make the country’s past great again” and combat a “ pedagogy of shame.” In 2018 it made it a crime to blame Poles for any Nazi atrocities. The government hoped to stifle any tales of anti-SemiticPoles collaborating with Hitler’s forces. This year it has interfered with a museum devoted to the history of Polish Jews. The museum’s offense? Exhibiting evidence of Polish anti-Semitism.

Mention of Nazi atrocities recalls, of course, the Holocaust and all the other evils perpetrated by Hitler and the Germans who followed him. Earlier this year, Susan Neiman’s Learning from the Germans: Race and the Memory of Evil appeared. One of its chapters deals with “The Sins of the Fathers,” i.e., the German fathers of the Nazi era, but more than one hundred pages deal with what Neiman labels “Southern Discomfort.” She is referring to the “discomfort” of U. S. slavery and racism. Having grown up in the U. S. south, she believes that the slavery and racism that existed there has not been adequately recognized by the U.S. public. The aim of her book is to indicate what we might learn about dealing with those sins from the way Germans have acknowledged and dealt with all the evils that emanated from the Nazi era.

On the occasion of 2019’s Veterans Day, the controversy over The New York Times (NYT) 1619 Project illustrates well the contested relationship of history, past sins, and patriotism. The project’s aim is“to reframe the country’s history, understanding 1619 [when slaveswere brought to Virginia] as our true founding, and placing the consequences of slavery and the contributions of black Americans at the very center of the story we tell ourselves about who we are.”

But many pseudo patriots objected. As Adam Bruno wrote on this site a few months ago, such objections typify those who wish to weave “unadulterated patriotism into the center of the country’s historical quilt—a move that conceals the broader ups and downs of the past.”

He contrasts the criticism of the project by conservative media and individuals such as National Review, Larry Schweikart’s A Patriot's History of the United States, and former Speaker of the House Representatives Newt Gingrich with individuals like historian Andrew Hartman, whose A War for the Soul of America declared that “those aspects of American history that shined an unfavorable light on the nation, such as slavery, were ignored or explained away [by conservative media] as aberrations.”

Gingrich, who received a Ph.D. in history from Tulane University, typifies the half-baked historical approach. He tweeted that “the NY Times 1619 Project should make its slogan ‘All the Propaganda we want to brainwash you with.’” In her justly praised These Truths: A History of the United States, Jill Lepore refers to Gingrich’s  1996 book To Renew America as “a fantasy, useful to his politics, but useless as history—heedless of difference and violence and the struggle for justice. It also undermined and belittled the American experiment, making it less bold, less daring, less interesting, less violent, a daffy, reassuring bedtime story instead of a stirring, terrifying, inspiring, troubling, earth-shaking epic.” Yet, she acknowledged “that fairy tale spoke to the earnest yearnings and political despair of Americans who joined the Tea Party, and who rallied behind Donald Trump’s promise to ‘make American great again.’”

Another half-baked historian is former Fox commentator Bill O’Reilly. In a 2017 article Andrew Bacevich, a retired military officer and reputable historian, bemoaned that O’Reilly was “America’s Best-Selling Historian” because he was “no more able . . . to write history” than was Trump “to run a government.”

The problem with the type of history written by Gingrich and O’Reilly is not that they interpret it differently from historians like Lepore, who happens to be more progressive in her politics. In his second Annual Message to Congress, Abraham Lincoln stated “We must disenthrall ourselves, and then we shall save our country.” Lepore begins her U.S. history by quoting these words. But the history of Gingrich, O’Reilly, and other half-baked historians fails to disenthrall itself from a pseudo patriotism that belittles historians who see both sides of U.S. history, the positive and the negative.

A favorite metaphor of U. S. politicians is to refer to their country as a “city upon a hill,” meaning a shinning beacon for the world. John Kennedy, Ronald Reagan, and Barack Obama all spoke of it, with Reagan most suggesting that ideal had been achieved. In 2016, Republican Mitt Romney, his party’s 2012 presidential candidate,warned that Donald Trump had “neither the temperament nor the judgment to be president, and his personal qualities would mean that America would cease to be a shining city on a hill.”

Many pseudo patriots and half-baked historians believe that by trampling out all the nay-sayers and “fake news” and by restoring white Christian supremacy, Trump can restore the “shining city on a hill,” can “Make America Great Again.” True patriots and true historians know, however, as Martin Luther King, Jr. did, that the city on the hill is still a work in progress, a work that is in peril under a president many historians consider our worst ever.