The First World War through a camera lens: from the soldier’s snapshot to the memorial photograph

Caroline Scott is a freelance writer and historian specializing in WWI and women’s history, with a PhD from Durham University. Born in the UK, Caroline currently resides in France. She has published two nonfiction books on WWI (not released in the US). THE POPPY WIFE is her first novel. 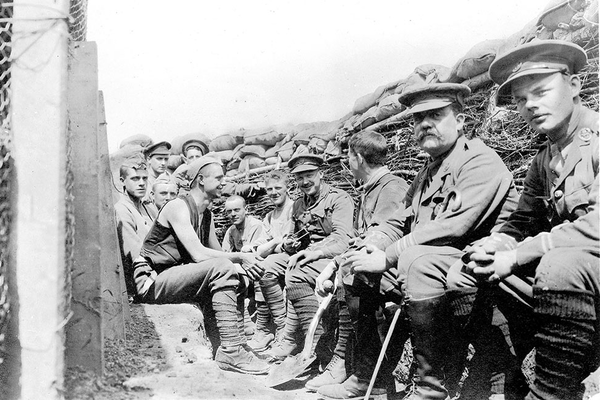 The Great War was the first conflict that would be comprehensively documented by amateur photographers. While professional lenses had captured scenes from the Crimean and the American Civil War, this was the first time that large numbers of serving men took cameras into the frontlines and made a visual record of their own experiences.

Camera technology had advanced quickly in the years prior to the First World War and photography had shifted from a specialised interest to a mass-market craze. Kodak had launched its small, light, easy-to-use ‘Vest Pocket’ camera in 1912 and, two years on, this model sold in Britain for thirty shillings. While that was more than a week’s wage for many manual workers, it was within the budget of most men who would serve as officers in the First World War. As soon as war broke out, camera manufactures targeted their advertising squarely at that market.

The Vest Pocket Kodak was now sold as the ‘Soldier’s Kodak’ in Britain, and advertising urged, ‘Treat yourself to a Soldier’s Kodak to-day, and start to use it before you go to the front.’ Promotion pushed the idea that photography was ‘in’, and wouldn’t every man heading off to war want to take the latest model with him?  ‘Hundreds of them are in use at the front to-day,’ adverts claimed. ‘So get one now and make sure of bringing back a priceless picture record of your share in the Great War.’ The sales pitch ramped up as Christmas 1914 approached and families of soldiers were told what a thoughtful and practical gift a camera would make (‘Must be light– not to add weight to kit – small– to slip into a tunic pocket – strong– to withstand rough usage – simple– to require no skill.’) While around 5,500 Vest Pocket Kodaks had sold in 1914, in 1915 the number soared to 28,000. It’s estimated that one in five British officers had a camera in his kit.

The press would encourage this trend too. A new type of popular daily newspaper had emerged in Britain in the years before the First World War, which made extensive use of photography. These papers now wanted to publish images of the war, and with press photographers denied access to the conflict zone, they appealed directly to their readers in the forces.

Soldier photographers would capture the day-to-day routine of military life (their pictures were often comradely and comic), but also significant moments of history. In January 1915 several newspapers published photographs of British and German troops ‘fraternising’ on Christmas Day 1914. The military authorities had tried to play down these incidents, but with the emergence of photographic evidence, anecdotes were corroborated and public interest swelled. A letter submitted to the press along with the photographs described how ‘a crowd of some 100 Tommies of each nationality held a regular mothers’ meeting between the trenches.’ It was hardly the sort of story that the authorities wanted the public to be reading, but it heightened the newspapers’ appetite.

In January 1915 the Daily Mirror announced that it had put aside a fund of £5,000 to pay for ‘Pictures of the War’. It was now offering a top reward of £1,000 for the ‘most interesting snapshot’ – an enormous sum of money, equivalent to around US $130,000 today. But within days, the Daily Sketchand Daily Mail had followed suit. Thousands of submissions duly poured in, and through the spring of 1915 the three papers regularly published ‘true’ pictures direct from the front. In reality, soldier photographers rarely actually made much money from having their pictures published in the press, but there was pride to be had here too, and the urge to share images and earn acknowledgement for them long predates camera phones and Instagram.

By March 1915 the military authorities had had enough. There was a fear that intelligence could be picked up by the enemy, but also concern about how these uncensored images might influence the public mood. A War Office Instruction stated: ‘The taking of photographs is not permitted and the sending of films through the post is prohibited.’ Servicemen were told to send their cameras home and henceforth anyone found taking photographs could be arrested. Many men reluctantly complied – but by no means all.Tolerance seems to have varied according to the attitude of the commanding officer, and with many of the keenest photographers actually being officers, they found ways to continue.

Just as amateur photography was being proscribed, so cameras were finding a new purpose in the war. As well as friendships, photography would now capture loss. With casualty lists lengthening, and repatriation of bodies ruled out, some system was needed to record and maintain cemeteries. The Graves Registration Commission was established in March 1915 to perform this role and, from May of that year, it also offered a photographic service. In response to requests from bereaved families, the Commission would provide a photograph of a grave.

Letters from the public to the Commission indicate the importance of this service. ‘Sir, I received the photos, of the grave of Corporal ---. I thank you very kindly for sending them, and I think they are very nice; it gives us an idea of what the grave is like – that is all I shall ever see of it. Thanking you again. From his loving mother.’ For some families this photograph would be all they ever had because, as fronts shifted later in the war, cemeteries were destroyed and remains lost. Some 170,000 photographs of graves would ultimately be taken and dispatched.

But by 1920 funding for this service was running out, and it was announced that no further requests for photographs could be accepted. Demand wasn’t diminishing, though - in 1922 the Commission was still receiving an average of 200 letters per day from bereaved families - and so charities, associations and commercial photographers stepped in to meet this need. From the early 1920s a number of companies, most of them established and staffed by ex-servicemen, were photographing war graves.

Many veterans returned to France and Flanders through the 1920s and 1930s. They retraced their steps, sought out familiar landmarks, and once again shared their photographs with the newspapers. These images seem rather distant from the Tommy snapshots of the first year of the war; the men in these pictures point at weed-covered ruins, and graves, and their expressions are solemn – but, as in 1915, there’s still a sense of them wanting to capture a picture record of their share in the war.

Photograph albums would be consigned to attics in the years that followed, hidden away along with the memories, but many have emerged in recent times, and their images have been published in the press and online. In 1915 one British newspaper observed: ‘We read in pictures now-a-days, see in pictures, learn in pictures, remember in pictures.’ It’s even truer one hundred years on, and photographs from the First World War have never been more widely shared.

Read more from this author: 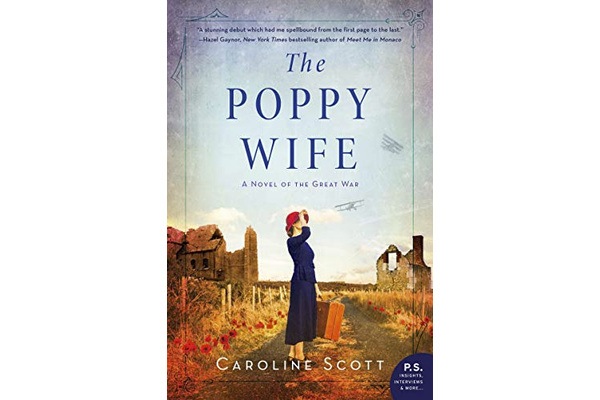