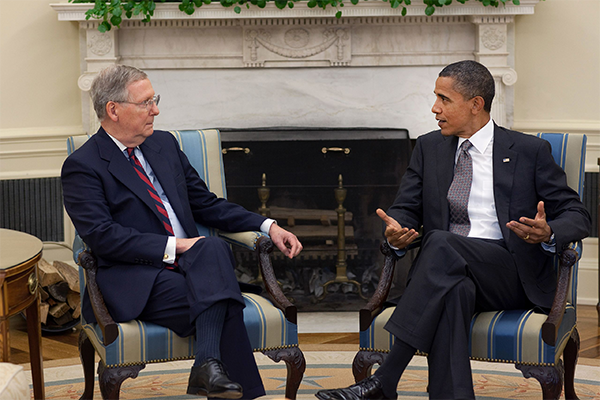 Two recent mass shootings in El Paso and Dayton remind us how hate-filled our country has become. In an online manifesto that appeared just before the first shooting, the killer of 22 people wrote; “This attack is a response to the Hispanic invasion of Texas. . . . I am simply defending my country from cultural and ethnic replacement brought on by an invasion.”

Writing of the 2016 presidential election, historian Jill Lepore observed, “The election had nearly rent the nation in two. It had stoked fears, incited hatreds.” She also believed that the Internet and social media had “exacerbated the political isolation of ordinary Americans while strengthening polarization on both the left and the right.” Now, three years later, the situation has worsened. Shortly before the El Paso shooting, the shooter’s manifesto appeared on 8chan, an online message board. It encouraged his “brothers” on this site to spread widely the contents of the manifesto. As a New York Times article noted, “In recent months, 8chan has become a go-to resource for violent extremists.”

In contrast to such violent extremism, some of our finest Americans urged the opposite approach.  Dorothy Day, a woman identified by both Barack Obama and Pope Francis as one of our great Americans, stated, “We must always be seeking concordances, rather than differences.” In his Keynote Address to the 2004 Democratic Convention, Obama (then still only an Illinois state senator) voiced a similar appeal. He urged us to remember that “we’re all connected as one people. . . . It is that fundamental belief . . . that makes this country work.  It’s what allows us to pursue our individual dreams, and yet still come together as one American family ‘E pluribus unum’ [as is stamped on much of our currency]. Out of many, one. . . . There is not a black America and white America and Latino America and Asian America [nor he indicated a Red-State America and a Blue-State America]; there is the United States of America.” The young Obama then told his listeners, “That’s what this election is about.  Do we participate in a politics of cynicism or do we participate in a politics of hope?”

In 2010, now as president, he reiterated his plea for unity and told University of Michigan graduates, “We can't expect to solve our problems if all we do is tear each other down. You can disagree with a certain policy without demonizing the person who espouses it.”

Although President Trump has often demonized those who oppose him, we should remember that we can vigorously oppose his policies without demonizing all his supporters. In 2020 we need a unifier, as Franklin Roosevelt was. A unifier who can help us narrow the yawning gap between Republicans and Democrats, between different segments of our multiethnic society.

Cory Booker began his presidential campaign in early 2019 acknowledging our nation’s divisiveness and stressing the need for love and unity.  Another candidate, South Bend (IN) mayor Pete Buttigieg, has urged the need for political humility, for trying to understand the position of those with whom one disagrees, and for realizing that some Trump supporters can, in many ways, be good people.

For various reasons, however, neither Booker nor Buttigieg has emerged, at least yet, as one of the top four Democratic candidates. But like Dorothy Day, Obama, and Lepore, the two candidates are correct to urge more mutual understanding. Political compromises may not always be possible. Nor are they always for the best. But humility, empathy, and open-mindedness regarding political opinions, our own and others, are worthwhile goals that should not be minimized.

Seeking unity out of the diverse composition of our multifaceted nation has always been the aim of our most enlightened leaders, from the framers of our constitution to President Obama. In his acclaimed biography of George Washington, Ron Chernow writes of our first president as “the incarnation of national unity” and as ‘an apostle of unity.”  On the eve of the Civil War, Abraham Lincoln told our nation, “We [North and South] must not be enemies. Though passion may have strained it must not break our bonds of affection.” We should listen to “the better angels of our nature.”

One of Lincoln’s contemporaries and a great admirer of him, the poet Walt Whitman, also stressed what unified us as a people. In a recent Atlantic essay on the poet, Mark Edmunson wrote:

At a time when Americans hate one another across partisan lines as intensely perhaps as they have since the Civil War, Whitman’s message is that hate is not compatible with true democracy, spiritual democracy. We may wrangle and fight and squabble and disagree. Up to a certain point, Whitman approved of conflict. But affection—friendliness—must always define the relations between us. When that affection dissolves, the first order of business is to restore it.

Several years after Lincoln’s death the great abolitionist Frederick Douglass gave a major speech praising the composite nature of the United States. His message was that if “we seek the same national ends” our diversity—“Indian and Celt; negro and Saxon; Latin and Teuton; Mongolian and Caucasian; Jew and Gentile”—can be a great blessing.

A great admirer of Whitman and Lincoln—his six-volume biography of Lincoln earned him a Pulitzer Prize in History—poet Carl Sandburg extolled the beauty of our composite nation in all its glorious variety. The son of Swedish immigrants himself, he appreciated our ethnic diversity. His Jewish friend Harry Golden wrote in 1961 that “the fight against anti-Semitism and Negrophobia had been a special project” to him. As a newspaper man in Chicago after World War I, he printed the platform of the National Association for the Advancement of Colored People (NAACP), and was later honored by being made a lifetime member of that organization. During World War II, he hired two Japanese-Americans to work for him during the same period that over 100,000 other such Americans were being uprooted and sent to internment camps. In addition, he wrote a column warning against such prejudice.

Although a strong supporter of Franklin Roosevelt, he also understood and appreciated political differences. In his long, long poemThe People, Yes (1936) he wrote:

The people have the say-so.

Who knows the answers, the cold inviolable truth?

Yet, like Whitman and Lincoln he championed national, and even international, unity. In the Prologue for The Family of Man (1955), a book of photographs from around the world, he wrote of how alike we are “in the need of love, food, clothing, work, speech, worship, sleep, games, dancing, fun. From the tropics to arctics humanity lives with these needs so alike, so inexorably alike.”

His friend Adlai Stevenson (the Democratic presidential candidate in 1952 and 1956) once said that Sandburg was “the one living man whose work and whose life epitomize the American dream.” In 1959, on the 150th anniversary of Lincoln's birth, he addressed a Joint Session of the U. S. Congress, becoming the first private citizen to do so in the twentieth century. After his death in 1967, he was honored by almost six thousand people at the Lincoln Memorial, including President Lyndon Johnson, Chief Justice Warren of the Supreme Court, Sandburg’s friend Justice Thurgood Marshall, and various poets and members of Congress.

Another poet who died the same year as Sandburg, but first arose to fame as part of the Harlem Renaissance of the 1920s, was strongly influenced by both him and Whitman. This was Langston Hughes, and his poem “Let America Be America Again” (1935) reflects their spirit.

Let America be the dream the dreamers dreamed—

Let it be that great strong land of love.

I am the poor white, fooled and pushed apart,

I am the Negro bearing slavery's scars.

I am the red man driven from the land,

I am the immigrant clutching the hope I seek—

America never was America to me,

And yet I swear this oath—

Decades later, Martin Luther King, Jr. (MLK) expressed a similar dream in his most famous speech: “I have a dream that one day down in Alabama. . . little black boys and black girls will be able to join hands with little white boys and white girls as sisters and brothers. . . . With this faith we will be able to transform the jangling discords of our nation into a beautiful symphony of brotherhood.”

Now, a half century after hatred had taken the lives of MLK and RFK, rancor again runs rampant in our country. Although we need a unifier to emerge as president in the 2020 election, we perhaps first need the electorate to value and seek unity, to remember that the aim of politics should be to further the common good, not just our own narrower partisan interests.

Recently some groups and individuals have moved in that direction. In December 2016 a group of Trump and Hilary Clinton supporters got together in Ohio and from that meeting emerged “Better Angels,” a “national citizens’ movement to reduce political polarization in the United States by bringing liberals and conservatives together to understand each other beyond stereotypes, forming red/blue community alliances, teaching practical skills for communicating across political differences, and making a strong public argument for depolarization.”

On an individual level, writers such as the recently deceased Tony Horwitz, George Saunders, and Pam Spritzer have, like Dorothy Day, MLK, RFK, Barack Obama, and Pope Francis, advised dialogue and working (in King’s words) “to transform the jangling discords of our nation.”In the months leading up to the 2020 elections we would do well to heed their advice. We can do this not only by working toward the defeat of the divider Donald Trump, but also by replacing his politics of divisiveness with one of inclusiveness and compassion.