History Will Clash With History in the 2020 Election 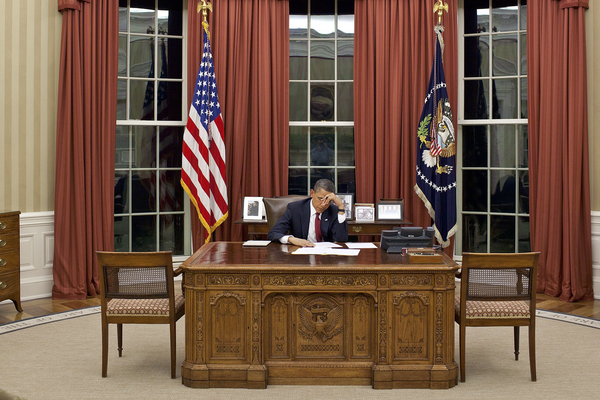 Americans love predicting the future based on historical precedent. “No president has ever been reelected when the unemployment rate was above X percent,” “Missouri has predicted the winner for the last so-and-so many years,” etc.

As we look to the 2020 presidential election, three different historical precedents all suggest a different outcome. In other words, “history clashes with history” and, at the end of it all, the historical record will change.

First, three consecutive Presidents have won and completed two terms of office only twice in American history. The first period is that of Thomas Jefferson, James Madison and James Monroe from 1801-1825.  Then, from 1993-2017, Bill Clinton, George W. Bush, and Barack Obama all served two terms.

Never before has the fourth President in a row won two terms. If Donald Trump goes on to win a second term and finishes that term in January 2025, it will be unprecedented. This legacy suggests it would be unlikely Trump will win.

A second historical trend, however, indicates that it is extremely unlikely a Republican would lose the presidency to a Democrat. A political party has lost control of the White House after serving one term just once in the past 31 election cycles. The norm has been that a political party serves at least eight years before being ousted. For example, Democrats from 1853-1861 (Franklin Pierce, James Buchanan), Democrats from 1913-1921 (Woodrow Wilson), Republicans from 1953-1961 (Dwight D. Eisenhower), Democrats from 1961-1969 (John F. Kennedy, Lyndon B. Johnson), and Republicans from 1969-1977 (Richard Nixon, Gerald Ford).  Also, parties have held control of the White House for 12 years, as from 1789-1801 (Federalists George Washington and John Adams), 1829-1841 (Democrats Andrew Jackson, Martin Van Buren), 1921-1933 (Republicans Warren G. Harding,  Calvin Coolidge, and Herbert Hoover), and 1981-1993 (Republicans Ronald Reagan and George H. W. Bush).  We also had 16 years of the same party from 1897-1913 (Republicans William McKinley, Theodore Roosevelt, William Howard Taft), 20 years of the same party from 1933-1953 (Democrats Franklin D. Roosevelt and Harry Truman), and 24 years of the same party from 1801-1825 (Democratic Republicans Thomas Jefferson, James Madison, James Monroe), and 1861-1885 (Republicans Abraham Lincoln, Andrew Johnson, Ulysses S. Grant, Rutherford B. Hayes. James A. Garfield, and Chester Alan Arthur).

The third historical trend is that most presidents who served just one term faced a significant challenge from within their party prior to the general election. Every President since 1900 who has lost reelection, except for one case, did so after their party nomination was challenged.  This is the case of William Howard Taft in 1912 (challenged by Theodore Roosevelt), Gerald Ford in 1976 (challenged by Ronald Reagan), Jimmy Carter in 1980 (challenged by Ted Kennedy and Jerry Brown), and George H. W. Bush in 1992 (challenged by Pat Buchanan)  The one exception is Herbert Hoover in 1932.

The ongoing investigations into Donald Trump’s Presidential campaign, his Presidential administration, and every other aspect of his life and business activities coupled with the likelihood of an economic slowdown, makes it harder to think Trump will win reelection. Whether he will face a serious challenge within his party seems unlikely at this time, but it would certainly not be unprecedented.

Regardless of what happens, history will clash with history, and history in some fashion will be changed as a result.