Ronald L. Feinman is the author of  “Assassinations, Threats, and the American Presidency: From Andrew Jackson to Barack Obama” (Rowman Littlefield Publishers, August 2015).  A paperback edition is now available. 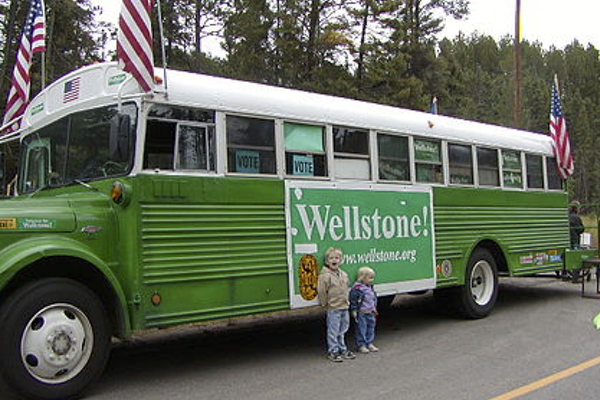 John F. Kennedy Jr. was the “golden lad": the most famous offspring of John F. Kennedy, he was a public celebrity who published “George” magazine. He was rumored to be planning to run for the open US Senate seat in New York vacated by Senator Daniel Patrick Moynihan in 2000.  With the famous Kennedy name behind him, plus his good looks and winning personality, it seemed as if he was likely to announce his campaign and even win. Then, he and his wife were suddenly killed in a small plane crash off Martha’s Vineyard, Massachusetts on the evening of July 16, 1999.

First Lady Hillary Rodham Clinton won the seat of Senator Moynihan in 2000.  Hillary Clinton sought the Presidency in 2008, and when that candidacy failed, she served as Secretary of State to President Barack Obama. She ran again in 2016, winning the popular vote, but losing the Electoral College to Donald Trump.  Without the Senate seat, Clinton would have had no opportunity to seek the Presidency twice. Some believe JFK, Jr would have defeated Clinton in the Democratic primary, gone on to win the Senate seat, and could have sought the Presidency in 2008, potentially derailing Barack Obama’s campaign.  This is, of course, speculation, but it's also a reasonable possibility.

Paul Wellstone was a Minnesota Senator representing the Democratic Farmer Labor Party from 1991 until his tragic death in another small plane crash on October 25, 2002. His wife and daughter also died in the crash, just two weeks before the 2002 election. Wellstone was a rising progressive star in the Democratic Party and a likely candidate for the Presidential nomination in 2004.  In the 2004 presidential election, Democratic Presidential nominee John Kerry lost to George W. Bush in large part because Kerry lost the state of Ohio. When one considers that Wellstone was from an agricultural state similar to Ohio, one can speculate that Wellstone might have drawn a lot more interest and support than Kerry or the early “flash in the pan” candidate, former Vermont Governor Howard Dean. If Wellstone had won, he would have been the first Jewish President.

Finally, Joe Biden’s political career was altered by personal tragedy. Biden has had the longest career of anyone who ran for the Presidency.  He ran in 1988, but was forced out by accusations of plagiarism and suffered an aneurysm shortly after. He again ran in 2008, but he could not compete with the stardom of Barack Obama and Hillary Clinton. His 36 years in the Senate and 8 years as an actively engaged Vice President made him a leading contender in the lead-up to the 2016 election until his beloved son, Beau Biden, died of cancer in 2015. This led to his decision not to run for President in 2016 and instead Hillary Clinton and Bernie Sanders battled it out.

The fact that Clinton lost the states of Pennsylvania, Michigan and Wisconsin by small official margins, and that the white working class of those states went to Trump, made many feel Democrats could have won if Biden was the nominee. There is no certainty, of course, that Biden would have overcome both Hillary Clinton and Bernie Sanders and won the Democratic nomination in 2016, but many think that his known appeal to the white working class over his career would have helped him win the states Clinton lost. Whether Biden will decide whether to run in 2020, and have the ability to accomplish what might have been in 2016, is of course open to speculation.

While there are no guarantees that John F. Kennedy, Jr., Paul Wellstone, and now Joe Biden would have been elected President, it is certainly interesting to think how the future of America in the early 21st century might have been very different.