The Many Joys of Writing History

Walter G. Moss is a professor emeritus of history at Eastern Michigan University a Contributing Editor of HNN. For a list of his recent books and online publications (over 300), click here. His most recent book is In the Face of Fear: Laughing All the Way to Wisdom (2019), which treats humor from a historical perspective. 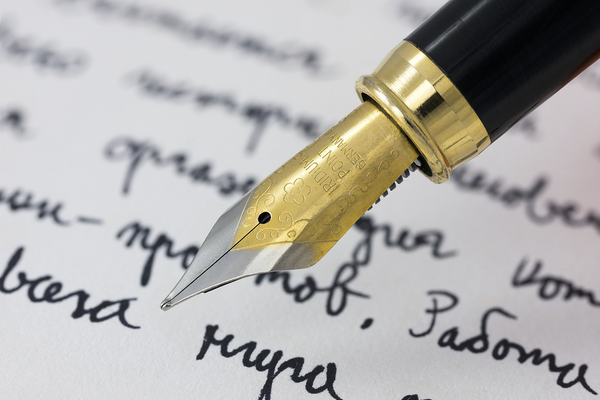 “It was finally time to move the body,” I began my book on Alexander II and his times (text edition here). “The funeral bells were tolling in the churches of St. Petersburg. For nine days the corpse of the dead Emperor, Nicholas I of Russia, had remained within the red walls of the Winter Palace. On some of these days the odor of his decomposing body had been almost unbearable. But it was now Sunday, February 27, 1855, and the winter sun was shining brilliantly.”

Writing and rewriting that paragraph was very pleasurable. Capturing the reader’s interest from the get-go is important and I thought I had done it well. When writing, cutting or rearranging words to produce better sentences and paragraphs, I sometimes feel like a sculptor—say a Rodin, only chiseling not marble, butwords away until more beautiful prose appears.

President Kennedy said he was happy being president because he thought of happiness as Aristotle did—“the full use of one’s faculties along lines of excellence”—and the presidency provided ample opportunity for such use. Similarly, researching and writing history should be joyous because it gives us many opportunities to pursue excellence.

They begin with our choice of subjects. For many historians, their first major writing project might be a thesis or dissertation. Mine was a Ph.D. dissertation, “Vladimir Soloviev and the Russophiles.” I picked the topic because it was interesting and important to me and, I hoped, to others. It was the late 1960s, and the Cold War, civil rights, nationalism and imperialism (e.g., in regard to Vietnam), the ecumenical religious movement, and tolerance all seemed significant. As opposed to the Russophiles, Russian philosopher Solovievwas a critic of antisemitism and nationalism and a proponent of ecumenism and tolerance.

In subsequent decades, interest and importance have remained major criteria. In various years, the Cold War, Russia, nationalism, imperialism, racism, capitalism, war and peace, our relationship to technology, terrorism, climate change, and the dangers of Trumpism have seemed significant. Thus, these topics have been major subjects I have written about in books, essays, and reviews. My 2008 book, An Age of Progress? Clashing Twentieth-Century Global Forces, for example, begins with a chapter on twentieth-century violence (especially wars and terrorism) and subsequently treats many of the other subjects mentioned above.

In writing about topics we consider important we might sometimes feel like we are battling for truth or “fighting the good fight.” Psychologist William James once wrote, “What we now need to discover in the social realm is the moral equivalent of war: something heroic that will speak to men as universally as war does, and yet will be as compatible with their spiritual selves as war has proved itself to be incompatible.” As James realized, such heroic endeavors, even if only in our own minds, can bring us great satisfaction.

Besides the importance of issues, our interest in various topics might be stirred by other considerations. Several of my books evolved out of teaching, primarily courses on Russian history and twentieth century global history. For the latter course, seven editions of a joint-authored text and a book of readings came about because several of us at Eastern Michigan University thought we could create better books than the ones we were using.

A similar thought process led to A History of Russia (Vol. I and Vol. II). There was a need for a treatment not only of Russian political history, but also of everyday life:the role of women, rural life, law, religion, literature, and art. My Alexander II book also developed out of a course I team-taught called “Russia in the Age of Tolstoy and Dostoevsky.” In addition, the book reflected an experiment I wished to attempt. In interweaving the story of Alexander II with those of the great writers and thinkers of his era, I wanted to write a scholarly work that read like a good novel.

In my retirement years, I have become fascinated by the topic of wisdom. In An Age of Progress? I had quoted General Omar Bradley, “Ours is a world of nuclear giants and ethical infants.  If we continue to develop our technology without wisdom or prudence, our servant may prove to be our executioner.” Wisdom now seemed more important to me than ever, and I discovered the Wisdom Page and began contributing to it.

Whatever the reason or reasons we choose to write on a topic, however, it should bring us joy. No one is forcing a subject on us. We should choose it because it is important, at least to us, and we want to write about it. The choice should be the beginning of a great adventure.

This is not to deny that there may be rough patches along the way, especially if our writing is constrained by considerations like trying to please a dissertation adviser with an ax to grind. As in sports, we perform best when do so freely without mental constraints. Mundane considerations might also influence us like time constraints and the availability of sources.

Working in libraries, archives, and on the Internet can sometimes be daunting, as Robert Caro has recently indicated in regard to the Lyndon Johnson archives, but if we maintain an adventuresome spirit we can often overcome our fears. Sometimes it may be necessary to visit new and foreign places, which can be especially enjoyable and adventurous. In researching my Russian history books, I spent much time traveling in the Soviet Union/Russia, not only in Moscow and St. Petersburg, but in more remote areas such as the Siberian city of Irkutsk. One of the chapters in my Alexander II book was set there. Other chapters took place in various other Russian cities, in the Crimea, at royal palaces, Tolstoy’s estate, and foreign places that the prominent Russians of the time visited, including the German resort areas of Baden-Baden, Bad Ems, and cities such as Geneva, Paris, and London. I greatly enjoyed stopping at many of these places and taking pictures that I later included with the online version of my Alexander II book. (I realize that foreign travel expenses might be a problem for some researchers, and I was fortunate in being able to combine my research with paid work abroad.)

One of the great pleasures of research and writing is the opportunity it gives us to spend so much time writing and thinking about great people. My list includes not only Soloviev, Tolstoy, and Dostoevsky, but also the subjects of my long wisdom portraits—Anton Chekhov, Carl and Paula Sandburg, Dorothy Day, Andrei Sakharov, and E. F. Schumacher—and many others such as Franklin Roosevelt (FDR), Martin Luther King Jr., Pope Francis, and the writers W. H. Auden and Wendell Berry. They have all taught me important lessons, for example, FDR on political imagination and creativity, Chekhov on the dangers of dogmatism, and Day and MLK on various dimensions of social compassion and love.

In addition, being trained in intellectual history and the history of ideas has provided me the background to explore and clarify in my own mind important concepts such as wisdom, love, empathy, humor, humility, imagination, and creativity. Such an effort has been most enjoyable.

The writing process itself should bring us joy. Storytelling is as old as human existence, and central to our lives, and history itself is an attempt to tell stories truthfully. If we do it well, we exercise virtues such as wisdom, empathy, imagination, humility, and humor, and, as Aristotle and JFK realized, that should make us happier.

One of the enjoyable tasks in writing textbooks is relating humorous historical anecdotes—it gives students a bit of relief. Here are a few from my A History of Russia. In recounting the appearance of the mid-thirteenth Mongol khan Batu, Friar William Rubruck noted that he was “about the height of my lord John de Beaumont.” Unfortunately, as the historian Karamzin said: “It’s a pity we have not had the honor of knowing Monsieur de Beaumont!” Much later during Stalin’s purges of the 1930s, admittedly not a laughing matter, the writer Isaac Babel said “Today a man talks frankly only with his wife—at night, with the blanket pulled over his head.” (Ironically, however, Babel was unwise enough to have also spent time under the covers with the wife of NKVD head Ezhov; after Ezhov himself was arrested, he denounced Babel, who was subsequently shot.)

A final pleasure that we historians should enjoy is a type of satisfaction that must have come to writers like Shakespeare and Chekhov. It is the chance to stand back and observe the whole human story, with all its tragedies and comedies, and like Shakespeare think “What a piece of work is man!” but also “what fools these mortals be!”