Will 2020 Be “The Year of the Mayor” in Presidential Politics? 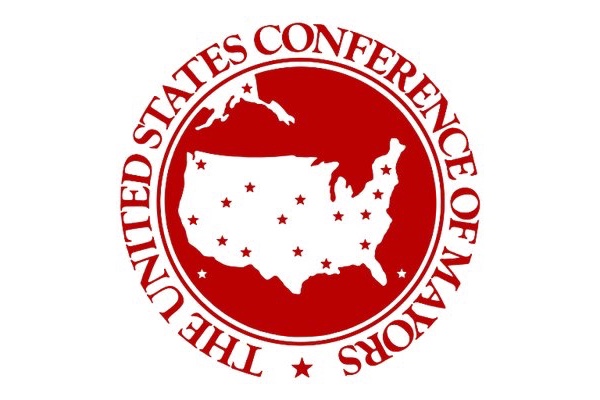 This comes after an historical record of only three mayors ending up in the White House. The first is Andrew Johnson, mayor of Greeneville, Tennessee in 1834, who only remained in office a few months before campaigning for a state legislative seat, which he gained in 1835. The second is Grover Cleveland, who was elected mayor of Buffalo, New York in 1882, remaining in office ten months until his election as New York governor. Finally, Calvin Coolidge was elected mayor of Northampton, Massachusetts to two one-year terms from 1910-1912, and then ran and won a seat in the state legislature. So the total time in office as mayor of these three future presidents was less than four years total.

Also, not generally known, future President Theodore Roosevelt ran for New York City mayor at the age of 28 as a Republican, but ended up last in a three-way race in 1886. Also, we have had mayors who made a run for President. NYC Mayor John Lindsey (1965-1973), originally a Republican, announced as a Democrat in 1972, running a brief but unsuccessful campaign. Former NYC Mayor Rudy Giuliani (1994-2002), announced his Republican candidacy in 2007, and was actually ahead in public opinion polls for much of the year, but his candidacy collapsed in the early primaries and caucuses in 2008; he withdrew after doing poorly in the Florida primary. Former Peekskill Mayor (1981-1984), and later New York Governor George Pataki (1995-2007), declared his candidacy for the Republican nomination in May 2015, but did not do well in polls and name recognition, withdrawing in December 2015. Finally, we had former Indianapolis Mayor (1968-1976) and Indiana US Senator Richard Lugar (1977-2013) run in the Republican presidential primaries in 1996. He had gained fame as “Richard Nixon’s favorite mayor.” This didn’t help him.

One thing is clear is that having urban experience as a mayor is useful in a nation where a quarter of the population live in cities. Many mayors go on to serve as governors, senators or cabinet secretaries, which seven of the twelve to be discussed below have done, with the exceptions of Michael Bloomberg, Mitch Landrieu, Eric Garcetti, Bill DeBlasio, and Pete Buttigieg. And with Bloomberg and DeBlasio heading the largest cities in the nation, and Garcetti in charge of the second largest city, they actually governed more of the population than most governors ever do.

When looking at potential candidates for the Democrats in 2020 we start with Senator Bernie Sanders of Vermont, who served as mayor of Burlington from 1981-1989 before going on to the longest career as an independent congressman from 1991-2007, before beginning his Senate service. Sanders has demonstrated that he has a lot of appeal among young voters in particular, and is seen as the alternative to “corporate” Democrats, who, it is felt “stole” the 2016 nomination from him. His plans for “Medicare For All” and tuition free education at public universities has drawn a lot of support to him, and he will be a serious candidate in 2020.

NYC Mayor Michael Bloomberg (2002-2014) has flirted with running for president a number of times, having switched from the Democratic Party and then to the Republican Party before becoming an independent, and now indicates he may enter the Democratic presidential competition. Bloomberg has the disadvantage that he is seen as not really loyal to any party. Some object to his wealth, though it gives him the ability to self-fund his campaign. His stand on strong gun regulation and the environment may draw some to him, but to many, he will still be seen as a “corporate” figure, which makes it highly unlikely that he could go all the way to the nomination of a party that he abandoned in the past.

Senator Tim Kaine of Virginia, who was mayor of Richmond from 1998-2001, also served as governor of the state from 2006-2010, before entering the US Senate in 2013, and was Hillary Clinton’s vice presidential running mate in 2016. While Kaine is well liked, many observers felt he did not strengthen the Democratic ticket in 2016, is a comparatively bland personality, and is too centrist for many in the party. He seems unlikely to be successful.

Gavin Newsom, the newly elected California governor, served as mayor of San Francisco from 2002-2011, gaining attention as the first public official to preside over gay nuptials, before going on to two terms as lieutenant governor from 2011 to the present. Since he is a newly minted governor of one eighth of the nation, it seems unlikely that he will throw his hat in the ring this time, but is someone who would be considered a serious candidate in future national elections.

Martin O’Malley served as mayor of Baltimore, Maryland from 1999-2007, before having two terms as governor of the state from 2007-2015. He also was a presidential candidate in 2016, but received little attention and support, due to the major attention given to the rivalry between Hillary Clinton and Bernie Sanders for the Democratic presidential nomination. O’Malley seems unlikely to draw more support in a crowded race that’s likely to feature a number of very charismatic candidates.

John Hickenlooper was mayor of Denver, Colorado from 2003-2011, before becoming governor of the state from 2011 to the present, and has made it clear that he plans to announce for president, based on his extensive experience in both offices. Some have suggested that Hickenlooper might want to run on a bipartisan ticket with outgoing Republican Ohio Governor John Kasich, but such a venture seems unlikely to succeed. It would be difficult for Hickenlooper to draw much attention, and for the same reason as O’Malley; he too lacks charisma.

Cory Booker served as the mayor of Jersey City, New Jersey from 2006-2013, before being elected to the US Senate in a special election in that year, and seems certain to run for president, and might be seen as one of the more likely to survive an early winnowing of the competition. Booker is a very exciting, charismatic candidate, and a fiery speaker, and appeals to many on the left who would like to see another minority candidate in the vein of Barack Obama. It is highly likely that Booker would survive the first few rounds of elections to become one of the final few candidates considered serious.

Julian Castro served as the mayor of San Antonio, Texas from 2009-2014 before becoming secretary of Housing and Urban Development for President Barack Obama for two and a half years from 2014-2017, and was rumored as a possible vice presidential candidate for Hillary Clinton in 2016, and seems likely to enter the presidential competition. He would have particular appeal to those who want a Latino nominee, someone who would make Texas and Arizona competitive in the presidential election. He also has establishment appeal.

Mitch Landrieu was the mayor of New Orleans, Louisiana from 2010-2018, after having served earlier as lieutenant governor of the state, and before that was a member of the state house of representatives. He has gained a lot of attention as a very effective mayor, who is seen as a rare example of a Southern Democrat who would appeal to the moderate center of the party. However, it seems more likely that he might be considered as a good vice presidential running mate to draw Southern support, as there are very few Democrats in the southern states who are regarded as national figures.

Besides these nine former mayors, there are three sitting mayors who are rumored as possible candidates.

The leading figure is Los Angeles Mayor Eric Garcetti, who has spent his entire career in city government; he’s been the mayor since 2013; his term ends in 2022. He has made very clear his intention to run for president, and as mayor of the second largest city, with nearly four million people, he is someone who could really have an impact. As a person who is Jewish, Italian and Mexican, he is poised to become a major personality in the presidential race. Garcetti seems highly likely to be among the last few survivors in a competitive race. If he can win the California primary on March 3, 2020, he would be in a very strong position to become the nominee, as he would have survived a tough, closely fought primary race.

NYC Mayor Bill DeBlasio, in office since 2014, and in his second term, also might run based on his strong populist appeal. He has nearly two decades of service in city government: he was the public advocate of New York City for the four years before being elected mayor. He is without question one of the most leftist potential nominees for president. However, it seems unlikely that he would announce for president should Bernie Sanders run.

Another sitting mayor gaining attention is Pete Buttigieg, the mayor of South Bend, Indiana, who has been the leader of the city since the beginning of 2012, eighteen days before his 30th birthday. He is in his second term, which he won at the end of 2015, by an 80 percent margin. He competed to be the Democratic National Chairman in 2017, bringing him national notice. He has also won fame for his recent declaration that he’s gay (he married his partner). Were he to run and win the presidency in 2020, he would be 39 years and one day old on Inauguration Day 2021, making him the youngest president in American history (nearly four years younger than Theodore Roosevelt was when he became president). But being from a comparatively small city, it is unlikely that he would run and have much chance to win, although he would, potentially, put Indiana into play, and would be a rare Midwest candidate. The Midwest is crucial to any Democratic campaign in 2020.

At this point, it would seem that Bernie Sanders, Cory Booker, Eric Garcetti, Michael Bloomberg and possibly Julian Castro may enter the race for the presidency over the next six months.

Those who could end up as vice presidential running mates would include Cory Booker, Eric Garcetti, Mitch Landrieu, and Julian Castro.