The GOP Has Become the Party of Rural White Voters

Daniel K. Williams is a professor of history at the University of West Georgia and the author of God’s Own Party: The Making of the Christian Right. 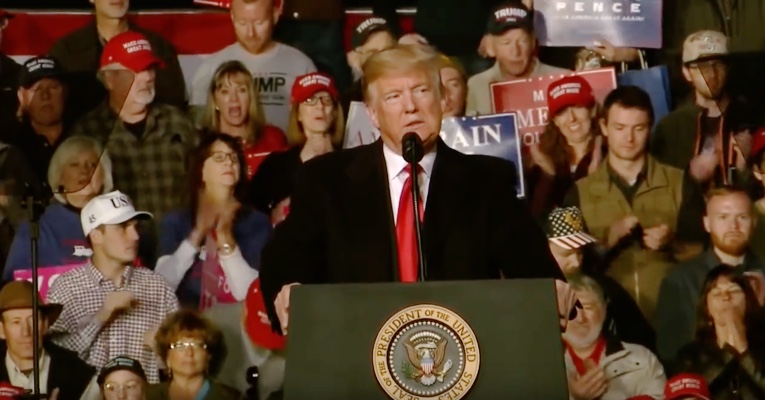 If there was one demographic group that blunted the force of the “blue wave” in this month’s midterm elections, it was rural white voters. Even as Republicans lost control of the suburban areas that had been their strongholds in the 1980s and 1990s, Republicans extended their hold over rural America. The GOP is now on the verge of uniting nearly all rural white voters into a single party – which has never happened before. 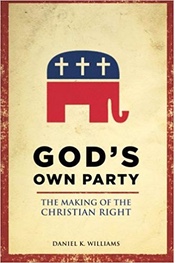 For most of the Republican Party’s history, the notion that the GOP would become the party of rural whites was unimaginable. Rural whites were the last voter group in the South to leave the Democratic Party; they did not begin consistently voting Republican until the 1990s, nearly a generation after suburban white southerners entered the GOP. But now rural whites in both North and South are the stronghold of the GOP and the key to the party’s future.

Why have rural whites throughout the country started voting Republican? And why have Democrats been unable to win them back, despite making an effort to do so in 2018?

The rural white vote has historically been shaped by opposition to a perceived threat – but the threat has, until now, varied according to region, which is why the rural vote has never before united behind a single party. In much of the late nineteenth and early twentieth century, Midwestern rural voters supported Republicans because they considered Democratic Catholic immigrant voters in the city a threat. Rural voters in the Great Plains and South who supported the People’s Party of the 1890s were motivated by the perceived threat of Eastern banking interests. After the late 1930s, farmers in the Great Plains began voting Republican in opposition to the New Deal, which they believed threatened their image of self-reliance. And in the South, rural white voters opposed Republicans for well over a century because of lingering memories of the Civil War and racist fears of northern Republican collusion with black voters.

Rural southern white Democratic voting patterns were so deeply entrenched that when Republicans attempted to crack the “solid South” in the early postwar years, they had to rely almost entirely on suburban, not rural, votes. The suburban strategy was successful, enabling Republicans to win presidential elections in the South and pick up congressional seats in the suburbs. In 1966, George Bush became the first Republican ever to win an election to Congress from Texas’s seventh congressional district in suburban Houston. In 1978, Newt Gingrich pulled off the same feat in Cobb County, Georgia, an upwardly mobile suburban region of metro Atlanta. The rural South remained Democratic for much longer. Rural white counties in the South supported Jimmy Carter by landslide margins in 1976, and as late as 1992 many rural whites were still willing to support Bill Clinton. But much of the rural South began voting consistently Republican in the mid-1990s.

The Republican suburban strategy is now over, and the rural strategy has fully emerged. After forty years of political success in the suburbs, Republicans are now losing their longstanding suburban bases of support, even in the South and the Mountain West. This month, Gingrich’s former district in Cobb County sent a Democrat to Congress for the first time in nearly forty years, as did other erstwhile Republican suburban districts. Bush’s former congressional district in Houston, which has voted Republican in every congressional election since 1966, ousted an eight-term Republican incumbent and sent its first Democrat to the House of Representatives in more than fifty years.

As the suburbs have turned against the Republican Party of President Donald Trump, rural whites have embraced the Party’s new message of economic protectionism, immigration restrictions, and an “America First” foreign policy. In this month’s midterm elections, rural whites sent new Republicans to Congress from Pennsylvania’s southwestern coalmining region and the farming regions of southern and northeastern Minnesota. Rural whites were also the key to the Republican Party’s Senate victories in Indiana, Missouri, and North Dakota. And in Tennessee, rural whites replaced a centrist conservative senator with a self-described “hard-core” conservative who was so strongly supportive of President Donald Trump that she wrote a letter nominating him for the Nobel Peace Prize.

The Republican Party’s campaign messages targeting the rural South suggest that rural whites are once again being mobilized by fear. This time, the enemies include “liberal” politicians who allegedly want to take their guns, along with “illegal” immigrants who are allegedly invading the nation. It is perhaps no accident that the full conversion of rural white southerners to the Republican Party occurred in 1994, immediately after President Bill Clinton signed into law the last gun control bill passed at the federal level and after an emerging conservative talk radio network, with Rush Limbaugh in the vanguard, succeeded in branding Clinton and his party as incompatible with white rural values.

But today the problem that the Democratic Party has with white rural voters goes far beyond specific policy differences. After decades of denunciations of “liberal” Democrats from conservative media and evangelical churches, many rural whites in both North and South have equated loyalty to the Republican Party with their own values and self-identity. In nearly every region of the country – even northern California and the northeastern corner of Vermont – rural whites are voting Republican, while suburban and urban voters in both the North and the South lean Democratic. In 2016, rural white voters in Rust Belt states that had not voted Republican in decades cast their ballots for Donald Trump and moved their states into the Republican column. Republicans maintained their hold over most of these areas in this year’s midterms – which suggests that the national unification of rural white voters under the GOP that occurred in 2016 is poised to continue.

What does this mean for the future? Because a national culture of rural white Republican voting has already emerged, Democrats will not be able to make inroads into the rural white vote merely through policy proposals or appeals to economic self-interest. Instead, they will need to connect their party to the values, self-identity, and anxieties of rural whites. If they fail to do this – as seems likely – the country will probably experience an unprecedented political polarization between rural areas and metropolitan counties.

Few people of the preceding generation ever imagined that the Republican Party – which for decades represented Wall Street interests – would become the first party to unify white rural Americans and become their national mouthpiece. And fewer still of the preceding generation would have ever predicted that it would be a New York City billionaire who would take the final steps to make rural whites Republican. But regardless of the ironies involved in the process, the GOP is now the party of rural white Americans, and for better or worse, it is now poised to give them a larger influence in national politics than they have had in decades.