Will Voters Trust Candidates Under 30? 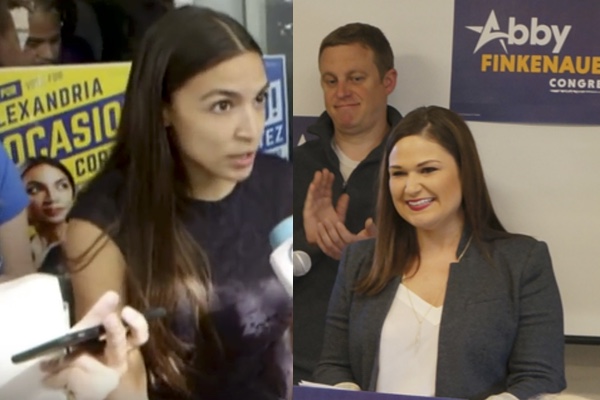 “Never trust anyone over thirty.” These words, uttered by Jack Weinberg, an activist at the University of California at Berkeley, became a famous slogan of the 1960s student left. It was catchy, but also contributed to a lazy portrayal of the student movement as the political equivalent of a fraternity prank. It was easily mocked: Kirkpatrick Sale, in his landmark study of the Students for a Democratic Society (SDS) ironically noted that on April 4, 1970 Weinberg himself turned thirty.

In fairness to Weinberg, it is worth giving some context. He helped lead the Berkeley Free Speech movement in 1964, when students fought against the suffocating control of the university. Weinberg was arrested while distributing literature from the Congress on Racial Equality (CORE) without permission from the school. Students surrounded the police car with Weinberg inside, preventing it from moving. Electrifying photos of graduate student Mario Savio speaking from the car’s roof marked a dramatic turning point for student politics.

In its wake, Weinberg was interviewed by a reporter whose questions implied “we were being directed behind the scenes by Communists . . . . I told him we had a saying in the movement that we don’t trust anybody over 30. It was a way of telling the guy to back off, that nobody was pulling our strings.”

Today we are faced with a new question: Will voters trust candidates under 30? Two young women, New York’s Alexandria Ocasio-Cortez and Iowa’s Abby Finkenauer, look likely to take seats in the next Congress. Ocasio-Cortez, 28, has received abundant press coverage since her upset primary win over a well-known incumbent, Democrat Joe Crowley. Her membership in the Democratic Socialists of America (DSA) accounts for some of the interest; her candidacy is emblematic of today’s growing audience for leftist ideas. Fox News has followed her campaign closely, pointing to her as proof that a Democratic victory in the midterms would be a catastrophe for America. Running for a safe Democratic seat, she will be the youngest member of Congress when, as is almost certain, she wins election this fall.

However, few Americans have heard about another political prodigy, 29-year old Abby Finkenauer of Iowa’s first congressional district. Abby, as her campaign calls her, is merely 75 days older than her counterpart in New York. A two-term state legislator and Dubuque native, she is running as a Democrat in a historically competitive district. While she is taking on an incumbent Republican, businessman Rod Blum, she looks likely to flip a Trump seat to the Democrats. On October 25, the widely read polling website 538.com predicted she had a 29 in 30 chance of winning. While polls can be unreliable, the Republican Party is clearly reading them. Politico has quoted anonymous GOP operatives who signaled that the party would be scaling back its support for Blum in order to focus on more competitive races.

Finkenauer’s opponent, the Republican Rod Blum, faces an ethics investigation in the House. His offense, hiding his ties to a company that buries damaging Internet search results for its corporate clients, is emblematic of Washington corruption. Blum’s advantage as an incumbent diminished further when Donald Trump launched his trade war with China. The trade war caused soybean prices to fall, harming not just farmers, but also the manufacturing giant John Deere, which employs thousands of workers in the district. Trump, seeking to shore up support for Blum, travelled here to speak. Unfortunately for Republicans, during the event Trump forgot the congressman’s name.

However, the race has been defined by Finkenauer’s savvy rather than Blum’s corruption. While young, she is a political veteran. In high school, she served as a congressional page and an intern in the legislature. She remained politically active when attending Drake University in Des Moines, the state capitol, and landed a job with the Democratic Party immediately after graduation. Since then she has served as a two-term state legislator. With ten years in politics, she is more familiar with the process than her middle-aged opponent. Every political challenger must avoid unforced errors, even in the face of hostile questioners and political attack ads. Finkenauer, with highly disciplined messaging, has done just that.

I recently heard her speak to about thirty students at the University of Northern Iowa, where I teach. She first mentioned growing up in a union household, the daughter of a pipefitter and a public school employee. Her mother, she noted, was worried about her retirement given potential gaps in the pension system for public workers. She remarked that she herself still owes $15,000 in student debt, a considerable sum in Iowa’s low wage economy. The problem of student loans could be a hot button issue, as debt has become central to the way that social class affects today’s young adults.

Finkenauer is no radical. As one of her volunteer canvassers noted to me, in 2016, “it was easy to explain Bernie Sanders’s slogan of ‘free college for all.’ ” However, the young activist continued, describing Finkenauer’s plan to “renegotiate student loans at current market rates” is much more challenging. Further, her campaign has been quiet about racial justice issues traditionally associated with the left. That is probably no accident, but a strategic calculation about how to win a Democratic-majority district that voted for Trump in 2016. This kind of poll-driven approach can work, but it does not always inspire.

Her district offers something you won’t find in the Big Apple: the chance to change a congressional seat from red to blue. The district is older and whiter than most. It also has a distinctive culture. I can’t readily explain “Iowa nice” to outsiders, but it is real, and citizens expect it from their politicians. Finkenauer has shown it in debates, smiling serenely at Blum’s patronizing “mansplaining.” Her style is suited to the district, and so far it is working. Like her counterpart in New York, she has a message aimed at working people couched in terms her constituents can understand.

In 1964, some baby boomers declared their distrust for anyone over 30. Today, we face an array of aging politicians, from Nancy Pelosi to Joe Biden and Donald Trump. However, the times are changing. We have a new opportunity: to trust women under 30.