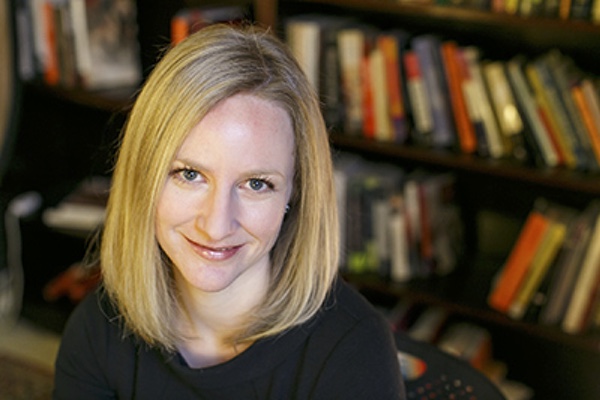 Laura Robson is a scholar of modern Middle Eastern and international history. Her areas of interest encompass local, regional, and global iterations of internationalism and international governance, modern histories of mass violence, and the politics of ethnicity and religion in the twentieth century Arab world. She received her Ph.D. from Yale University and is currently Associate Professor of History at Portland State University in Portland, Oregon. Visit her website at www.lauracrobson.com.

Well, since it’s still summer (if only just!), I’m stepping back and trying to read things that might offer new and broader perspectives on my subjects. I’ve been re-reading some of George Orwell’s essays alongside his classicHomage to Catalonia– they seem to me to speak to the current global political moment in astonishingly resonant ways. I’ve also been reading Samuel Moyn’s new book Not Enough, which looks at the relationship between concepts of human rights and structures of extreme economic inequality, and I just finished James Scott’s Against the Grain, which is an amazing book examining some of the deep-seated misconceptions we have about the beneficent nature of early “civilized” states. It turns out that we might have made some serious wrong turns much longer ago than most of us might think!

Hmm, I’m not sure I have just one! In terms of Middle Eastern history, I would say that Albert Hourani’s work was very formative for me, especially his Arabic Thought in the Liberal Age– which reads now as a tragedy and remains one of the most cogent and beautifully written and argued works about the unfulfilled intellectual and political possibilities of the nineteenth and twentieth century Arab world. I love Leila Fawaz’s work, especially her fairly recent book on the Middle East in the First World War, A Land of Aching Hearts. Going a bit beyond my own field, I’m a great admirer of Tony Judt, whose academic work was almost entirely about Europe but who also wrote clear-sightedly about Israel/Palestine in his later years and whose historically informed analyses of the problems of nationalism, globalism, and capitalism were remarkably insightful and prescient, and relevant to fields beyond his own.

I think that like many others who grew up in the 1980s and 1990s, my first college class in history revealed in rather shocking ways that I had essentially been lied to in school about nearly every aspect of the past – which seems like a distressing thing to discover, but was actually a great spur to intellectual activity for me and many, many others! So I think I came to it to try not only to understand the past – and especially the recent past – but also with the active goal of debunking some of the platitudes, misinterpretations, and outright falsehoods that have accumulated in popular narratives about the twentieth century world.

You need to be a fundamentally skeptical person, and someone who is willing to come to unpalatable conclusions. For instance, I think that one of the most dangerous things in our current educational narrative about historical developments is the idea that right and justice will triumph in the end, on their own merits. Historically speaking, there is absolutely no reason to think that’s true. Historians have the job of telling people hard truths: that sometimes might wins over right; that ideology is almost never more important than money and resources; that appealing grand ideas are often invented as ex post facto legitimizations of actions undertaken for less morally sound reasons.

I am a modernist, and I’m really most interested in the twentieth century, when so many of the conditions in which we now live were forged.

Oh, I’ve had a lot of great teachers. As an undergraduate, I was lucky to be trained by Kenneth Harl, a classicist whose scholarly expertise was in the rather recondite area of numismatics (the study of coins) but whose tremendous energy and classroom insistence on the historian’s obligation to make political and sometimes moral judgements about the past made devoted disciples of many of his students. As a graduate student at Yale, my two advisors – Abbas Amanat and Paul Kennedy – were both amazing teachers with a real commitment to imparting the importance of breadth and scope as well as detail and specificity. I also once took a class with the great scholar of China Jonathan Spence, which despite my previous total ignorance of the subject matter proved to be a truly memorable experience.

What are your hopes for world and social history as a discipline?

Well, I’m not really either a world historian or a social historian, so I might not be the best person to answer that question! I think though that there are some really interesting possibilities in trying to blend the approaches of “world” history and “international” history, which are both global in scope but have until recently had vanishingly little in common in terms of methodologies and analyses. I’d like to see some more work that tries to bring those two subfields together a bit more.

No. I am just as happy with a paperback reissue of something, and as far as I know don’t have anything even remotely valuable among my thousands of volumes! I’m not very interested in owning historical artifacts, either. Maybe I’m just not a collector by nature.

I’ve been incredibly gratified to have the honor of joining a community of scholars who – despite popular representations – are deeply committed to the collective task of dealing with the big political, social, and economic questions of our age. It’s amazing and humbling to work in such company.

Most of my frustrations have to do with the increasing neoliberalism and corporatism of the university and the damaging effects these moves have had on productivity and morale. Universities at their best are open institutions that exist to produce knowledge in the broadest terms; running them as for-profit businesses makes that task much more difficult.

Well, fields rise and fall, of course. International and diplomatic history – which for quite a long time were deeply unfashionable – are now having something of a moment; it’s a change that I welcome! As a historian of the Middle East, I would say too that it’s notable – and not in a good way – how the fortunes of your field tend to track the misfortunes of your subjects.

I’ve always liked Hegel’s famous quip that the only thing we learn from history is that nobody ever learns anything from history. If I ever come up with something as pithy, I’ll definitely broadcast it.

I’m writing a history of mass violence in the modern Mashriq for an Oxford series on genocide and its adjacent phenomena, called “Zones of Violence.” The idea is to move beyond arguments over the legal formulations surrounding the concept of genocide and instead try to think about structures – political, economic, social – that enable a rhetoric and practice of large-scale violence. It won’t be uplifting, but I hope it will be compelling and valuable.