What the People Who “Want Their Country Back” Forget 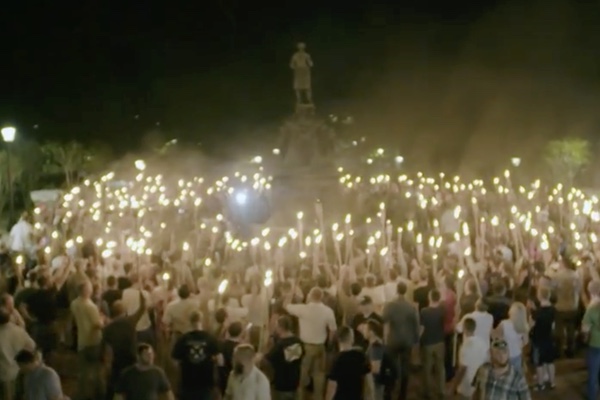 In 1883, Walt Whitman, America’s “Good Gray Poet,” was asked by the organizers of Santa Fe, New Mexico’s 333th anniversary celebration to read a poem in commemoration of the occasion. Whitman was the exemplary poet of the nation in its multitudinous diversity, and the perfect speaker to mark the establishment of the Spanish colony. Unfortunately, the invitation reached Whitman’s Camden, New Jersey home too late for the poet to schedule a reading for the event, but moved by the offer, he wrote a letter of thanks “To Messrs. Griffin, Martinez, Prince, and other Gentlemen at Santa Fé”which was subsequently reprinted in theNew York Times. 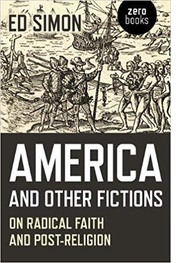 Speaking of country which was first that of the Tanoan people, then part of Spain, then Mexico, and now the United States, Whitman understood that many of his fellow countrymen had an inordinately simplistic understanding of the nation’s historical precedents, seeing the Puritan, but not the Pueblo, the Cavalier, but not the Caballero. He writes: “We Americans have yet to really learn our own antecedents, and sort them, to unify them. They will be found ampler than has been supposed, and in widely different sources.” With a keen awareness of the glorious complexity which synthesized his beloved country, Whitman rejected the reductionisms of Anglophilia, arguing that too often “we tacitly abandon ourselves to the notion that our United States have been fashion’d from the British Islands only, and essentially form a second England only – which is a very great mistake.”

Whitman’s letter speaks with wisdom and empathy of a “composite American identity of the future.” 135 years later, and too many Americans make the same “great mistake” which Whitman warned of, as evidenced by a July 27th letter to the editor ironically published in the same newspaper which originally printed the poet’s missive.The author of that letter inaccurately claimed: “The 13 colonies were all based on a single, almost entirely British identity and history and one language.” It’s a contention that is irrefutably, completely, and utterly wrong in almost every conceivable way.

A rather abstract objection can be levied at that false claim, one which explains that English, Welsh, Scottish, and Irish settlers were all quite different from each other in folkways, language, and religion; that colonists from the hills of Wales or the Scottish low lands had an entirely different set of preoccupations than educated settlers from London. An even more rarefied argument could be made that the word “British” isn’t particularly useful in the 17th and 18th centuries, having only gained use of the name with the Acts of Union between England and Scotland in 1707.

Prior to that, though there were instances of official use of the word “Britain,” the word was one with a mythological connotation, and its ultimate incorporation was consciously an act to forge a unified identity between groups with disparate backgrounds, ranging from the Celtic fringe of Cornwall to the stolidly Anglo-Saxon of East Anglia. If anything, the identity of being “British” was so self-consciously constructed, that there was chaffing against it on both sides of Hadrian’s former wall. A century before the ultimate Acts of Union, and Parliament bristled at King James I’s request to be made ruler of a unified statutory British crown and not just as separate sovereign of respectively both England and Scotland, with Sir Edwin Sandys remarking explicitly in 1604 that “we cannot make laws to bind Britannia.” Less time between that remark and the adoption of the name “Great Britain” than there is between that adoption and the American Revolution. If early America’s origins are “British,” that concept had a fairly short history.

But there is a far easier and more literal refutation of the claim that American origins are simply British, and that is that the the land which is currently encompassed by the United States was never just part of the English colonies, but had indeed been settled by the Spanish, the French, the Dutch, the Swedish, the Scottish (separate from the English), and potentially the Vikings. This, of course, is not to speak of the indigenous population going back ten millennia, at least. Historian Alan Taylor writes about how conventional misunderstandings of early American history “obscures the broad cultural and geographic range of colonial America” which included “Spanish heading north from Mexico, Russians coming eastward from Siberia…French probing the Great Lakes and the Mississippi River.” Taylor summarized the state of early American studies today, where it is now common knowledge that “Colonial America was far more than a simple story of the English becoming Americans.”

Among the English themselves there were radically different cultural and religious identities, ranging from the Puritan New Englanders, Mid-Atlantic Non-Conformists, Appalachian Presbyterians, and Southern Anglicans. In the 17th century, English may have been the tongue of both the Puritan Richard Mather in Massachusetts and of the Catholic Cecil Calvert, 2nd Barron Baltimore in Maryland, but their identities were far from unified.

And for any rejoinder that we’re still discussing “British” colonies, such a myopic view as that presented by the letter writer can only be preserved if one conveniently ignores the dizzying degree of diversity assembled by both choice and force within those colonies. Historian Kevin Gannon provided such an admirable takedown of the letter writer’s misinformed opinion when on Twitter he simply listed the ethnic and religious groups which defined the thirteen colonies, including the Haudenosaunee, Powhatan, Narragansett, Pequot, Cherokee, Dutch, Swedish, Moravians, Mennonites, Igbo, Yoruba, BaKongo, Mande, Wolof, Akan, Sephardim, Huguenots, Lenni Lenape, Abenaki, and Creeks, adding “We could do this for days, you know.”

The claim to a unitary British origin isn’t just profoundly ignorant, it does a disservice to what’s precisely so exceptional about America. Diversity is not just our strength, it’s been our strength since the beginning. Multiculturalism isn’t some new concept, it’s been the lived experience of America from our beginnings, and it’s been the true impetus of our actual identity. Scholar Daniel K. Richter writes that these new cultures “defied easy categorization as ‘American,’ ‘European,’ or ‘African.’ Instead, they partook of all three identities,” and invented a new identity in the process.

One can only claim that American origins are exclusively British if you ignore inconvenient facts such as that fully 20% of African slaves were Muslims, meaning that in some southern colonies Islam vied with Protestantism as the second biggest faith, or that in large swaths of colonial Pennsylvania you were more apt to hear German than English.

We hear a lot about “blood and soil” from the enemies of progress who seem newly ascendant, a lot of their braying and mythmaking pollutes our discourse once again. There is a lot of disturbing valorization of whiteness, a lot of rhetorical and actual attacks on people of color. Important to point out what’s immoral about such views, but don’t forget to also point out what’s historically inaccurate about them.

The reality is there is no singular “blood” in our soil, for our soil has always belonged to the blood of women and men of all lands. As J. Hector St. John de Crèvecœur – a Frenchman – remarked in his 1782 Letters from an American Farmer, he “could point out to you a family whose grandfather was an Englishman, whose wife was Dutch, whose son married a French woman, and whose present four sons have now four wives of different nations.”

We’d do well to add to that genealogy the much longer list of nations we’ve seen reflected in our own, for as de Crèvecœur writes, “Here individuals of all nations are melted into a new race of men.” Forde Crèvecœur, and for us, America may have been British, but not singularly so. Our origins and our destiny were never only English – they’re universal. To deny that only serves to diminish the whole.