Are Ranchers Out West Really Oppressed by a Federal Government in League with Environmentalists?

Keith Makoto Woodhouse teaches in the History Department and the Environmental Policy and Culture Program at Northwestern University. He is the author of The Ecocentrists: A History of Radical Environmentalism. 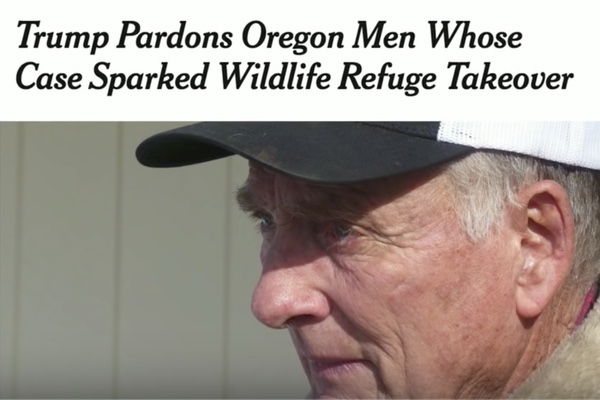 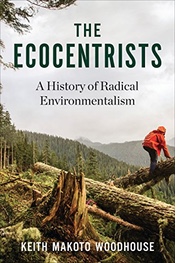 This pardon is more than a bit ironic, given the Hammonds’ connection to the 2016 armed occupation of Oregon’s Malheur National Wildlife Refuge. The occupation, led by brothers Ammon and Ryan Bundy, was the latest clash in a long-running fight the Bundy family has waged against the federal government, a fight that began in the early 1990s when the Bundy brothers’ father, Cliven, stopped paying Bureau of Land Management (BLM) fees for running his cattle on public land in Clark County, Nevada. The fight climaxed in 2014 when the BLM tried to confiscate Cliven Bundy’s cattle, precipitating a guns-drawn standoff between dozens of federal agents and hundreds of Bundy supporters, and it persisted through the 2016 Mahleur occupation, a protest against not only the Hammonds’ sentences but also federal management of Western lands.

It is worth pointing out that the Hammonds, like many Western ranchers, opposed the Malheur occupation, and that they claim to have set two fires—in 2001 and 2006—only to insulate their ranch from invasive plant species and a lighting-caused wildfire, respectively. It is also worth pointing out that the Hammonds have a history of antagonizing the BLM. Dwight Hammond held a permit to graze his cattle on refuge land but objected to BLM fences and notification policies; in the 1980s he threatened BLM employees with violence, and called them “Gestapo.”

The first irony of a possible pardon for the Hammonds has to do with the role of federal power in the Bundys’ fight. The Bundys have championed the sovereignty of the state of Nevada and recognized federal authority in only a profoundly delimited sense; Ammon Bundy describes the government’s sentencing of the Hammonds as an act of “tyranny.”  With Trump’s pardon, the Hammonds have been set free through one of the more explicit forms of executive authority the president wields, and so through the very federal power that the Bundys have consistently disparaged. Similarly, Trump has used the Antiquities Act—another example of executive authority—to diminish the extent of federal lands in the West, lands that the Bundys often point to as a prime example of overweening federal power.

The second irony concerns the role of the environmental movement. Environmental regulation sits near the center of the Bundys’ complaints. In 1990 the U.S. Fish and Wildlife Service listed the desert tortoise as a threatened species, and later designated a swath of the Southwest, including parts of Clark County, as critical tortoise habitat. The BLM, heeding the Endangered Species Act of 1973 and the Federal Land Policy and Management Act of 1976, tried to reduce the impact of cattle in desert tortoise habitat by modifying grazing permits, including Cliven Bundy’s. Bundy refused to adjust his cattle’s range and soon stopped paying grazing fees entirely. Years later, Ammon Bundy chose to occupy the Malheur Refuge in part because he felt the government had spent decades providing acreage for wildlife conservation at the expense of ranchland.

The Bundys have tended to view environmentalists and federal agencies as of a piece. But the history of land management in the West is far more complicated than a story of rural resource users vs. big government and big city environmentalists.

The modern environmental movement that emerged in the late 1960s and early 1970s did fix on the federal government as the best means for protecting natural resources and fighting pollution. Environmental organizations quickly became adept at using Congress and the courts to achieve environmental protections. New legislation, like the Federal Land Policy and Management Act, made conservation a principle at agencies that had long catered to economic interests. By the late 1970s, however, cracks appeared in whatever common cause had existed between environmental organizations on the one hand and presidential administrations and federal land managers on the other. In debates over Western public lands, tensions between environmentalists and public agencies grew particularly sharp.

At the same time as Western ranchers and legislators very publicly decried federal land management during the “sagebrush rebellion” of the late 1970s, environmental organizations like the Sierra Club and Defenders of Wildlife privately discussed the diminishing returns of relying on federal agencies to conserve natural resources and to protect public lands. In 1979, when a U.S. Forest Service wilderness inventory recommended a disappointingly low acreage of national forest land for protection, some environmentalists had had enough. The Wilderness Society’s Dave Foreman called the Forest Service inventory “the greatest single act of wilderness destruction in American history.” Fed up with the compromises demanded by a strategy based on lobbying and litigation, Foreman and several other disgruntled wilderness activists formed a new, radical outfit called Earth First!

Earth First! spent much of the 1980s assailing what its adherents saw as lackadaisical management by the Forest Service and the BLM. Although Earth First!ers considered private industries the ultimate source of environmental destruction, they felt that federal land agencies betrayed their basic conservation mission and, with enough pressure, might be made to fulfill it. Earth First! was best known for opposing logging in national forests, but the group also spent a great deal of time and energy fighting the destructive impact of grazing on BLM lands. “Public resources are seldom managed in the public’s interest,” naturalists Denzel and Nancy Ferguson wrote in the Earth First! Journalin 1984, “and the dismal results are nowhere more evident than in the use of public lands by private stockmen.”

In the 1970s the Fergusons managed a field station on the edge of the Malheur Refuge, where they observed wildlife and saw firsthand the effects of cattle grazing. They received death threats when they suggested scaling back grazing on refuge land. As cattle trampled root systems, eroded streamsides, and destroyed nesting sites for migratory birds, the Fergusons complained, the BLM did too little, too infrequently. “Today, in the West,” they wrote, “cattle roam essentially at will … and most bureaucrats don’t really give a damn.”

The Bundys’ all-too-simple view of the West—in which independent locals are beset by a tyrannical federal government allied with environmental groups—ignores the complicated and shifting history of a region that has long struggled to balance the interests of different residents and the jurisdictions of different governments. Trump’s pardon only underscores the ironies of antifederal sentiment amidst the fast-changing politics of the modern U.S. West.