Frank Palmeri is Professor of English at the University of Miami and author of State of Nature, Stages of Society: Enlightenment Conjectural History and Modern Social Discourse. 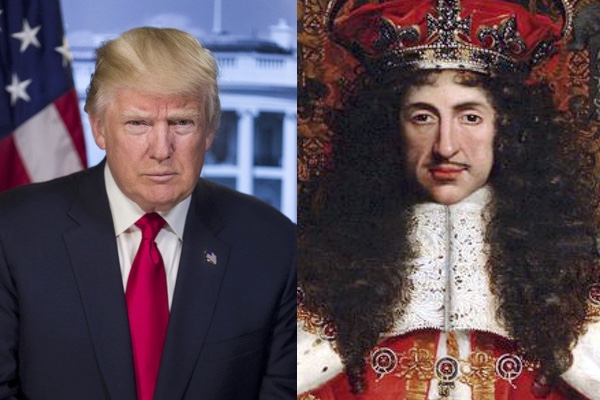 In seeking to understand Trump's rise to power, historians have investigated parallels with those of Hitler and Mussolini. However, striking similarities—from almost 350 years ago—with another ruler who secretly colluded with a foreign enemy have not yet been noted. 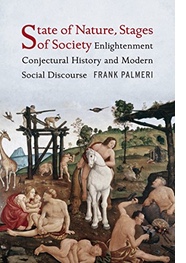 In 1670, Charles II of England, whose father had been tried by Parliament and executed in 1649 as a tyrant who waged war against his own subjects, concluded a secret agreement with France, England's most powerful rival and longstanding enemy.

According to the terms of the secret Treaty of Dover, which were known only to two of Charles's closest advisors, Charles agreed to declare himself Catholic and to make England a Catholic country, as well as to aid Louis XIV in his planned war of aggression against the Dutch Republic. In return, Louis paid Charles annual subsidies amounting to £250,000-£500,000 (the equivalent today of about a quarter or a half billion dollars per year), a sum that Charles used largely for his own lavish expenses, including paying off his numerous mistresses.

Charles began to make good on his religious commitment to Louis through the Declaration of Indulgence in 1672, which suspended penal laws against Catholics and Dissenters. On the military side, Parliament reluctantly agreed to finance the first year of war with the Dutch, although only in exchange for a repudiation of the Declaration and passage of a Test Act, which excluded Catholics from all public offices.

However, as the first six months of the Third Anglo-Dutch War brought England only losses in naval battles of lives and treasure, some of Charles's ministers began to leak the religious terms of the secret treaty to members of Parliament. At the same time, England was flooded with thousands of copies of pamphlets from Holland (accurately) accusing Charles of wanting to make England Catholic in collusion with the French king.

With public sentiment having turned strongly against the war, in late 1673 Parliament refused to vote a war budget for the following year, and Charles was forced to make a separate peace with the Dutch in which England gained nothing.

Thus Charles sold out his country for his personal gain, pursuing a foreign policy directly the opposite of the traditional interests of the nation as a result of a secret deal with the country's enemy. Instead of opposing the expansionary ambitions of Catholic France, he acted as though he was allied with England's rival, as indeed he was.

The correspondences between Charles's collusion with France and Trump's with Russia are numerous and extensive. In both cases the coordination, although secret, was widely and justifiably suspected or inferred. In 2008, the future President's eldest son declared that a "disproportionate" amount of funding for the family business was coming from Russia. The fragmentary and largely opaque records of the Trump business over the last decade (even without access to his tax returns) reveal a pattern of shady purchases of Trump properties by Russian billionaires that fits the classic pattern of money laundering.

We also know from emails of the eldest son that he, the candidate's campaign manager, and the candidate's son-on-law met with Russian agents at Trump Tower while the candidate was in the building, in order to obtain compromising information about the opposing candidate, and that the son said he would “love it” if such information were to be released later in the campaign. The candidate himself openly called on Russia to release such stolen information, and it was in fact made public by a company with ties to Russian intelligence and to an ally of Mr. Trump at a crucial point in October of 2016.

The 45th President is certainly behaving very strangely if there is in fact no agreement with Russia. He repudiates the findings of all the US intelligence agencies, which agree that Russia interfered in the election. He attacks as enemies of the people journalists who bring to light evidence of his campaign's extraordinary number and level of contacts with the Russians—all of which he and his allies denied vociferously for months. He insults, ridicules, and alienates the country's longest and strongest allies, but he is bizarrely unable to find the mildest word of criticism for Russia or its murderous autocratic leader.

When the story became public that Charles was conspiring with France to make England Catholic, the king vigorously denied the charge in a speech to Parliament whose import could be accurately summarized as "NO COLLUSION!!!"

Despite these parallels, the divergences between the situations of Charles and Trump are also clear. Perhaps surprisingly, because Charles was after all a monarch, some of these give Trump's project of collusion the greater likelihood of success.

In the most important divergence between the two cases, Charles faced a Parliament that was overwhelmingly determined as a matter of principle not to allow the nation to revert to Catholicism. For more than a century, the English had defined themselves as a Protestant nation, and that meant an anti-Catholic nation. Even apart from religious differences, hostilities with France went back centuries.

By contrast, Trump is abetted by Republican majorities in both houses of Congress that have been supine in the face of his blatant violations of the Constitution (the emoluments clause) and the laws. The Republican majority on the Supreme Court has equally proven willing to allow what lower courts have consistently found to be violations of the Constitution (the Muslim ban).

The institutions that are supposed to check and curb the power of an autocratic President are failing, principally because national and state Republican officials have proven to be committed only to the principle of keeping themselves and their party in power.

It is true that Charles did not have to deal with a free press, while some of the US press has since the election been working to uncover Mr. Trump's innumerable scams, misdeeds, shady deals, and pathological lies.

It is also true that Charles pardoned his top Catholic minister after he was convicted of correspondence with the enemy, as Trump has unmistakably signaled he intends to pardon his top aides if they are convicted of any crimes. Charles was even able to charge with treason one of his ministers who joined the opposition after learning of the secret treaty; the current President has similarly called his former FBI director a criminal.

But when that minister, Shaftesbury, fled to Holland he brought with him his secretary, John Locke, who then formulated the political theory that declares the right of the people to change their government to remedy serious grievances. Locke's theory justified the "Glorious" Revolution of 1688 that overthrew Charles's successor, his openly Catholic brother James. (Locke's theory also underlies the Declaration of Independence and the American Revolution.)

The Revolution of 1688 led to the joint rule of the Dutch leader, William, and his Protestant wife, James's daughter Mary. It thus defeated Charles's secret plans, preserving the Protestant identity of England. Through a series of extremely fortunate accidents, it did so without involving civil war or bloodshed; hence, it is sometimes called the “Bloodless” Revolution.

However, the Parliament that invited William and Mary to replace James and negotiated the terms of their reign—which included divided government and a Bill of Rights—was not elected to perform that function, but its members took it upon themselves to do so.

In order to preserve a representative government from the threat of an oppressive regime that violates a country's fundamental law and identity, it is at times necessary to resort to means that lie outside those prescribed by that fundamental constitution.

If the country is lucky, the constitution can be reestablished without bloodshed. But if it is not so fortunate, the further the nation slides into autocracy, the more difficult it will be to reestablish divided government.