Luke Reader teaches at Case Western Reserve University. He is currently writing on a book on the interwar Labour Party and liberal philosophy. He is teaching a course on populism and democracy in the Fall of 2018. 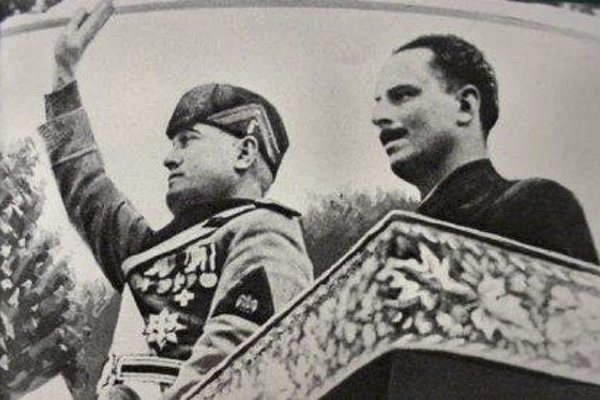 “Ill fares the land,” says the poet Oliver Goldsmith. The internment camps for undocumented immigrants on the Mexican border, as too often in the Trump era, evoke the repugnant specter of the 1930s and the early 1940s.

There are the obvious examples: Nazi Germany, Fascist Italy, Franco-era Spain or, for the more historically literate, the efflorescence of cruel, tinpot dictatorships in Central and Eastern Europe. Are internment camps, or the so-called tender-age facilities scattered mysteriously across this country, so different from the concentration camps of an earlier period? Troublingly, we know where this past ended: with the Holocaust in Europe and Japanese internment in the USA.

But the British past is equally apposite.

Today, we worry about the divide between techno-utopian Silicon Valley, New York, and the declining Midwest. In the ’30s Britain had The Road to Wigan Pier.

In the north of England and the Central Belt of Scotland, unemployment rose rapidly as traditional industries like shipbuilding, steel, and coal declined in the face of cheap, efficient foreign competition. In the Midlands and further south, services and technological innovations boomed. Factories churned out cars and consumer electronics like radios, while new suburbs, connected to major cities by arterial roads and rail links, flourished.

The failure of the government to solve economic concerns or reconcile a growing wealth divide contributed to the emergence of the British Union of Fascists (BUF). Led by Sir Oswald Mosely, a charismatic former Conservative and Labour MP, the BUF trod a familiar path: anti-Semitic, corporatist, pro-imperialist, authoritarian, and implacably opposed to socialism.

To some amongst the anxious working and lower-middle classes, the BUF promised certainty. Despite limited electoral gain, a smattering of Conservative MPs and certain sections of the upper classes, already inclined towards fascism, connived with the BUF, hoping that the movement might bring order and fight any upsurge in support for socialism. Extolling the virtues of Mosely and his uniformed goons in 1934, the influential right-wing Daily Mail newspaper declared “Hurrah for the Blackshirts!”

Faced with anti-immigrant sentiment, the puerile and frustrated violence of the alt-right, and the echoes of a dark past in the thunder of political rallies, right wing politicians and media in the US too often abase themselves, instead stoking cultural fears. What resonance would “Hurrah for the Blackshirts!” have had if Viscount Rothermere, owner of the Daily Mail, possessed a TV station?

Britain too worried about immigrants. While the Trump administration refuses its obligations to asylum-seekers and refugees, Britain also limited the flow of Jews fleeing Germany and other anti-Semitic regimes. Fear of social unrest, native anti-Semitism, and colonial realpolitik led to restrictions on the issuing of visas and strict limits on migration to the Palestinian Mandate.

Other problems frothed. A disastrous election in 1931 left the Labour Party divided. The 1929-1931 Labour government collapsed following a run on sterling in the summer of 1931. The Prime Minister, Ramsay MacDonald, formed an emergency National Government with several Labour cabinet ministers and MPs, the Conservative Party, and some Liberal MPs. Labour spent the next few years rebuilding rather than opposing. The situation facing the Democrats today is not nearly as dire, but debate about future policy – more socialism or more centrism – roils uncomfortably.

The antics of Trump at the G7 in June 2018 have their parallels, too. Britain also tore up the international order.

At a 1932 conference in Ottawa, Britain and its dominions and colonies agreed to implement a system of Imperial Preference. This was a free-trade agreement within the British Empire that placed tariffs on goods originating from outside. The effect was the destruction of the tottering system of free trade that Britain had supported and championed for almost a century.

Britain cosseted tyrants. Efforts to rehabilitate appeasement suggest that it bought time for Britain to rearm and to develop a modern air force. But had Britain acted more vigorously in the early 1930s would this course of action have been needed? Britain was declining and overstretched imperially. But it was still a formidable power. Instead, Neville Chamberlain sold out Abyssinia in 1935, Spain a year later, and democratic Czechoslovakia in 1938.

What do the warm-words for illiberal authoritarian regimes mean? Donald Trump even has his scrap of paper, a likely meaningless missive from the North Korean dictator. The price: selling out U.S. allies.

History does not repeat itself. Nor does it rhyme. Rather, history gives us insight, good and bad.

Parallels are just coincidences. There are as many similarities as differences between Britain and the USA. For instance, constitutional niceties troubled the former more than the latter. But interwar Britain is the only model we have for a liberal democracy slinking away from its position as global top dog.

This brings us back to our most immediate problem, the internment camps. What should we do, beyond closing them of course?

We can note the ways in which the camps reflect broad geopolitical trends. We should also recognize the way in which they draw on America’s original sin: racism. Are the camps an historical continuity that connect to slavery, the treatment of Native Americans, the exclusions of Chinese, Jewish and South European immigrants and Japanese internment? Do events along our southern border signal a more disturbing turn in our politics? Whatever the answer, we must register our dismay in the strongest terms possible.