Trump’s Getting Us Ready to Fight a Nuclear War

Dr. Lawrence Wittner is Professor of History emeritus at SUNY/Albany and the author of Confronting the Bomb (Stanford University Press). 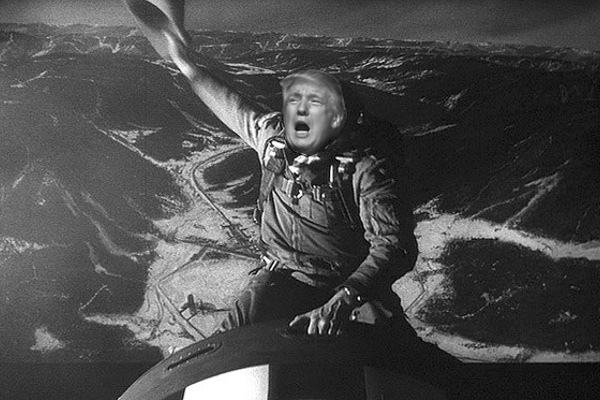 Although many people have criticized the bizarre nature of Donald Trump’s diplomacy with North Korea, his recent love fest with Kim Jong Un does have the potential to reduce the dangers posed by nuclear weapons on the Korean peninsula.

Even so, buried far below the mass media coverage of the summit spectacle, the reality is that Trump―assisted by his military and civilian advisors―is busy getting the United States ready for nuclear war. 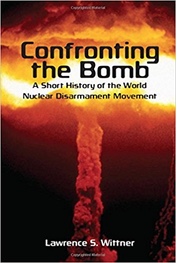 This deeper and more ominous situation is reflected in the extensive nuclear “modernization” program currently underway in the United States. Begun during the Obama administration, the nuclear weapons buildup was initially offered asan inducement to Senate Republicans to vote for the president’s New START Treaty. It provided for a $1 trillion refurbishment of the entire U.S. nuclear weapons complex―as well as for new weapons for nuclear warfare on land, in the sea, and in the air―over the following three decades.

Characteristically, this program, though unnecessary and outlandishly expensive, was not nearly grand enough for Trump, who, during his election campaign, repeatedly assailed what he claimed was the pitiful state of America’s nuclear preparedness. In fact, in his first campaign announcement, he went so far as to proclaim: “Our nuclear arsenal doesn’t work.”  In December 2016, shortly after his election victory, he tweeted: “The United States must greatly strengthen and expand its nuclear capability.” The next day, speaking with his usual brashness, he told Mika Brzezinski, the host of an MSNBC program: “Let it be an arms race.” He added: “We will outmatch them at every pass and outlast them all.”

Trump unveiled his official “America First” National Security Strategy in December 2017. Criticizing the downgraded role of nuclear weapons in U.S. national security policy since the end of the Cold War, it broadened the role of nuclear weapons in future policy. Announcing the measure, Trump took the opportunity to denigrate his predecessors. “They lost sight of America’s destiny,” he remarked. “And they lost their belief in American greatness.”

Further details about that “greatness” appeared in February 2018, when the Trump administration released its official Nuclear Posture Review (NPR). Rather than continue the efforts of past administrations to reduce the size and scope of the U.S. nuclear arsenal, the NPR sidelined any consideration of arms control and disarmament agreements. Instead, it called for upgrading all three legs of the U.S. nuclear triad and outlined plans to build two new types of nuclear weapons: a submarine-based nuclear cruise missile and a submarine-launched ballistic missile. The latter, although reportedly “low-yield,” could do as much damage as the atomic bombs that destroyed Hiroshima and Nagasaki. According to Lawrence Korb, a nuclear weapons specialist who had served as Assistant Secretary of Defense during the Reagan administration, the Trump administration plan could catapult the cost of the U.S. nuclear “modernization” program to $2 trillion.

Like Korb, many nuclear weapons specialists were appalled not only by the astronomical cost of this nuclear buildup, but by its potential to facilitate nuclear war. “Low-yield” nuclear weapons, after all, are being built because they will provide the U.S. government with a more “usable” response than would either conventional or strategic nuclear weapons to problems with “enemy” nations. Nuclear enthusiasts like to think that, faced with the possibility of a low-yield attack, “the enemy” will back down; or that, if the U.S. government actually initiates an attack with such weapons, “the enemy” will not escalate to a full-scale nuclear counterattack. But is that a certainty? As Korb notes, “many U.S. military officials” believe that low-yield nuclear weapons will end up “providing Trump with a kind of gateway drug for nuclear war.”

In other ways, too, the Trump nuclear buildup laid out in the NPR presents new opportunities for slipping into a nuclear catastrophe. For example, as the U.S. government already possesses a submarine-launched conventional cruise missile, adding a nuclear cruise missile will lead the Russian government to assume that any cruise missile on board a U.S. submarine could be a nuclear one. Another opportunity for disaster will widen with the promised integration of nuclear and conventional weapons in U.S. military planning. Moreover, building more nuclear weapons will encourage other nations to develop their own, with many of them targeting the United States. Perhaps most dangerous, the Trump NPR lowers the official threshold for use of U.S. nuclear weapons, contending that the U.S. government would employ them in response to non-nuclear attacks upon civilians and infrastructure, including cyberattacks.

Trump himself, of course, has not only displayed an alarmingly high level of mental instability, impulsiveness, and vindictiveness, but a rather cavalier attitude toward using nuclear weapons. During his 2016 presidential campaign, according to MSNBC host Joe Scarborough, Trump consulted with a top foreign policy specialist “and three times asked about the use of nuclear weapons. . . . He asked at one point, if we had them, why can’t we use them?” Twice, during early 2016, Trump said that, when it came to the use of nuclear weapons, he wanted to be “unpredictable.” In 2017, caught up in an interchange of personal insults with Kim Jong Un, he threatened to “totally destroy” North Korea―presumably through a nuclear attack.

Trump apparently considers his nuclear weapons policy a component of “Making America Great Again.” But we might more justifiably view it as a giant step toward catastrophe.