How Likely Is It that the Democrats Will Take Back Congress? 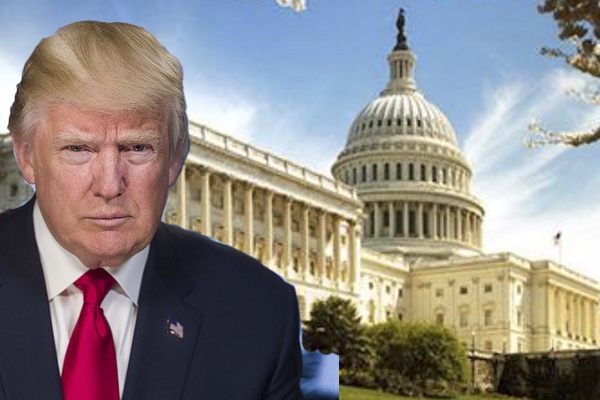 As America looks ahead to November 2018 and the midterm congressional elections, the issue arises as to what effect President Donald Trump will have on the outcome.

Normally the President’s party loses seats and sometimes control of one or both houses of Congress. In the House of Representatives, since Woodrow Wilson’s first midterm election in 1914, the party in power has lost seats. The only exceptions: in 1934, when Franklin D. Roosevelt saw a gain of 9 seats in the lower chamber; in 1998, when Bill Clinton, in his second midterm saw a gain of 5 seats; and in 2002, when George W. Bush saw a gain of 8 seats.

These three exceptions can be explained as a vote of confidence in the New Deal of FDR two years in; a reaction of voters against the Clinton impeachment effort by Republicans, as polls clearly indicated opposition to such efforts with the economy flourishing; and the response of voters to September 11, 2001, at the strongest point of unity around George W. Bush in a national crisis, before the bottom fell out following the quagmire wars in Iraq and Afghanistan.

In the US Senate there have been more exceptions to the rule. Counting from Woodrow Wilson’s first midterm election, which marked the beginning of Senate elections by popular vote, we find that in 1914 the incumbent party had a four seat gain; in 1934, FDR saw a nine seat gain; in 1962 John Kennedy saw a 2 seat gain (which followed the Cuban Missile Crisis); in 1970 Richard Nixon got a one seat gain; in 2002, George W. Bush saw a 2 seat gain. (Both Reagan (in 1982) and Clinton (in 1998) saw neither gains nor losses.)

Now that the history is delineated, it is time to consider the likelihood of what might happen nine months from now, with an economy seemingly strong and a President (Donald Trump) with historically low public opinion ratings, the lowest since such polls were conducted in the time of FDR onward.

As this author writes this essay, the stock market suffered the worst loss in two years, and at the same time, the President’s public opinion rating moved up to the high 30s, at least in one poll taken before the stock market slide. Trying to project where the economy and the polls will go in the next nine months is a real gamble, with the certainty that if the stock market continues to falter, as it did in the last week of January going into the first few days of February, that would be terrible news for Trump and his party, and would certainly undermine any temporary gain in public opinion polls. But these are intangibles that cannot be measured nine months out in a definite direction, so instead we must look at the facts, not the “alternative facts” that the right wing media, such as Fox News Channel and Breitbart, utilize.

The facts are that the Republican Party in Congress has had a disastrous performance in the 115th Congress, arguably the worst in all of modern American history, if not all the years of congressional history. The failure to accomplish their legislative agenda, other than the tax cut that dramatically gives massive benefits to the wealthy over average Americans, is likely to come back and bite them in a major way. As people realize that the small cut in taxes will not be enough to make their lives better, and that the social safety net of Social Security, Medicare, and Medicaid is endangered, as well as labor and environmental protections, not to mention the measures weakening support for education and health care, there is likely to be a massive angry reaction. As the government goes increasingly into debt to pay for the GOP tax cuts to the wealthy (the cuts will add over a trillion dollars to the national debt), the major argument of the Republican Party against the Democratic opposition will be squandered.

It’s possible a deal will be reached to protect the Dreamers (immigrants brought to the US as children); 85-90 percent already want to give them the right to remain in America. But the danger of a potential nuclear war with either North Korea or Iran, and the growing threat of a stronger China and a resurgent Russia, are likely to worry many Americans, and the refusal of the Trump Presidency to pay attention to global warming and trade agreements will add to the alarm.

Furthermore, Trump has set out to pack the federal court system through the selection of ideologically extreme right wing judges, often totally incompetent or lacking in experience, to the circuit and district courts, thereby skewing future generations of justice, which will affect us for decades.

His push for dramatic cuts in regulations in all areas of the economy is a warning sign of the undermining of consumer, labor, environmental, educational, and health and safety regulations that have become our heritage under Republican and Democratic Presidents from Theodore Roosevelt to Barack Obama.

His behavior and erratic actions are bound to antagonize millions, as is the GOP’s active coddling of his breach of norms: his power grabbing, attacks on the Department of Justice, the Federal Bureau of Investigation, the intelligence agencies, the judiciary, and the free press. Civil liberties and civil rights are under attack, and the odds are heavy, despite attempts at the suppression of minority voting groups and gerrymandered districts, that we will see greater numbers of young people, women, racial and ethnic minorities, and suburban voters coming out in droves, alarmed by what has been happening.

The Robert Mueller investigation will go on, and any further indictments or other actions of the Special Counsel on the various potential charges against Donald Trump, family members, and Trump cabinet and staff, could lead to a constitutional crisis, which if one goes by the experience of Richard Nixon four and a half decades ago, should galvanize much of the nation against the president. It might force desperate Republicans, finally, to act against the abuses of the Trump administration.

Also, many Republicans in Congress, more than 30 at this point, have decided not to run for reelection, including committee chairmen, who have chosen to retire or run for a different office, as they see the handwriting on the wall, and expect a major loss of seats. The Republicans who are running for reelection have particular problems in five states—New York, New Jersey, Virginia, Illinois, and California—where five of nine in New York, four out of five in New Jersey, four out of seven in both Virginia and Illinois, and eight out of fourteen in California, are vulnerable. (Many are from districts won by Hillary Clinton.)

The US Senate is another matter, and it will be difficult for the Democrats to gain the two seats needed for a majority. The overwhelming majority of senators who happen to be up for re-election are Democrats (twenty-four plus two independents, Bernie Sanders and Angus King). The Republicans only have to defend 8 seats. Democrats have a chance to switch Arizona and Nevada and possibly Texas and Nebraska. But the Democrats have to protect seats in ten states that Trump won: Missouri, Indiana, West Virginia, Florida, North Dakota, Montana, Ohio, Pennsylvania, Michigan and Wisconsin. That’s a tall order. Historically, since 1914, the party in the White House has lost an average of four seats, which, if it occurs, would be a miracle in 2018. However, the party in the White House has lost more than 8 seats a total of 7 times in the past century, as high as 11 in 1946, 13 in 1958, and 9 in 2014, so it is not beyond the realm of possibility that the Republicans could lose up to four seats.

At this point, nine months before the election, the greatest likelihood is a Democratic gain of 40 or more seats and control of the House of Representatives, and a gain of one or two seats for the Democrats in the Senate, meaning either control by 51-49, or a 50/50 split Senate, which would give control to the GOP (Vice President Mike Pence would cast the deciding vote). This means continued tumult and chaos in the halls of Congress as well as the White House, but possible impeachment moves in the House with a Speaker Nancy Pelosi. It would no doubt spell the end of the rightwing revolution Trump’s election seemed to signal.