Which Books Did Black Readers Read Before the Civil Rights Revolution?

Jonathan Rose is a Professor of History at Drew University. This article is adapted from his new book, Readers’ Liberation (Oxford University Press). 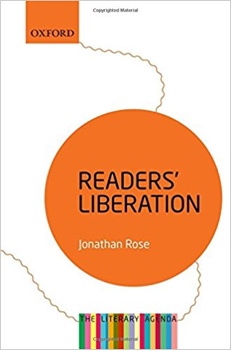 Historians of reading know what Frederick Douglass, Ralph Ellison, and Malcolm X read: they left extensive paper trails. And thanks to Elizabeth McHenry’s Forgotten Readers: Recovering the Lost History of African American Literary Societies, we have a sense of what interested the self-improving black middle classes: largely the Western classics as well as an emerging body of African-American literature.

But what about black common readers – that is, ordinary working people who were not intellectuals and usually lacked college degrees? There we have fewer sources to work with, but one detailed document is remarkably revealing – and often surprising.

In 1943 a study of reading habits was conducted in Beecher Terrace, a black Louisville public housing community. At this point “the projects” were new, clean, and well maintained, a vast improvement over the hovels they replaced, and not yet ridden by crime and drugs. The residents were nearly all domestic, service, and industrial workers, but only 11 percent of households were headed by single mothers, and the unemployment rate was just 4.4 percent. As for schooling, 44.2 percent had some elementary education, 44.8 percent had attended high school, and nearly 10 percent had some exposure to higher education. Beecher Terrace offered a range of social and recreational services and was located near a black business district and a segregated branch public library. It was a stable and hopeful community, and although life wasn’t easy, it was improving.

The investigator, Juanita Offutt, visited all 616 homes and interviewed the residents about the books they owned, read, and borrowed from the library. And when she asked about their leisure activities, the most popular answer, volunteered by nearly a third of all residents, was reading. A 1938 study of Cincinnati had found that 34 percent of black homes were bookless, but the figure for Beecher Terrace was just 7.3 percent, though four times as many had only a Bible, and another 13.1 percent only a Bible and dictionary. Nearly half of the Beecher Terrace homes had more substantial libraries, averaging 3.7 novels, 2.3 religious books, and 1.5 works of non-fiction.

Offutt compiled a complete inventory of all the books she found in residents’ homes, a total of roughly 1,800 volumes. Mostly they were standard romantic and detective fiction, Tarzan, westerns, children’s books, religious tomes, Sherlock Holmes, Rudyard Kipling, Louisa May Alcott, and seven copies of How to Win Friends and Influence People. But there were also some classics: The Arabian Nights, Pride and Prejudice, Wuthering Heights (four copies), Pilgrim’s Progress (four copies), James

And Offutt found seventeen sex manuals, including Krafft-Ebing’s Psychopathia Sexualis, but mostly common-sense guides for married couples, such as Harland W. Long’s Sane Sex Life and Sane Sex Living. As Offutt conceded: “Frequently the tenants admitted that the books were given to them and that many of them had not been read by any one in the family.” But the sex guides clearly had been bought and thumbed through.

Very few households regularly subscribed to magazines, but some were bought and read at least occasionally: the most popular were Life (23.3 percent of homes), True Stories (21.9 percent), Good Housekeeping (13. 1 percent), and the Ladies Home Journal (8.2 percent), compared to just 3.1 percent for Time and 1 percent for the Crisis, the NAACP organ.

Four out of five households read the Louisville Defender, the local black weekly, a comparable proportion read the white-owned Louisville dailies, and only 5.5 percent of households never took in a newspaper. (In 1943 total circulation for African-American newspapers was 1,613,255, more than triple the figure for 1910, and rising rapidly.)

Three blocks from Beecher Terrace was the Western Colored Branch Library, housing 16,545 volumes and circulating 51,553 loans annually. For the city as a whole, black residents borrowed just under two volumes per capita each year. In half of the Beecher Terrace homes someone had a library card, though nearly two-thirds of them

were children, and females outnumbered males by about 60/40. Offutt listed just eighty-seven volumes borrowed by adults over a two-year period, including ten by black authors, Radclyffe Hall’s lesbian novel The Well of Loneliness, and Mein Kampf.

But Offutt was taken aback to discover that these 616 households possessed between them just twenty-four nonfiction volumes on “Negro life,” eleven of them by or about Booker T. Washington. There were two copies each of Uncle Tom’s Cabin and Carl Van Vechten’s Nigger Heaven, but hardly any black-authored fiction or poetry: a few volumes of Paul Lawrence Dunbar, W. E. B. Dubois’s Dark Princess, Sutton Griggs’s The Hindered Hand, and James Weldon Johnson’s verse collection God’s Trombone. At Beecher Terrace there were three copies of Richard Wright’s Native Son but five of Gone with the Wind, which sent a very different message about race, and was also the most frequently borrowed book at the local public library: seven loans compared to just three for Native Son. Residents could have also borrowed Zora Neale Hurston’s Mules and Men, but only one did over a two-year period.

So the question before us is: Why was Margaret Mitchell more popular in this black community than Richard Wright? There’s no denying that Gone with the Wind is a page-turner with some vivid black characters, and maybe Beecher Terrace read it on that level, accepting the racial prejudices as a given. Or perhaps it re-created a world and a war their grandparents had talked about. The pioneering black historian Carter Woodson may have put his finger on the problem when he protested (in 1933) that few localities mandated teaching African-American history and literature in black schools—and Louisville was not one of the exceptions. When black schoolchildren were taught about slavery and Reconstruction, the lessons usually followed the Ulrich B. Phillips school of historians: “These rewriters of history fearlessly contended that slavery was a benevolent institution; the masters loved their slaves and treated them humanely; the abolitionists meddled with the institution which the masters eventually would have modified; the Civil War brought about by ‘fanatics’ like William Lloyd Garrison and John Brown was unnecessary; it was a mistake to make the Negro a citizen, for he merely became worse off by incurring the displeasure of the master class that will never tolerate him as an equal; and the Negro must live in this country in a state of recognized inferiority.”

This was exactly the version of history that Gone with the Wind novelized. And what appalled Woodson was that so many black readers fell for it. He remembered listening “to a conversation of Negro lawyers in one of our Southern cities, in which they unanimously conceded practically every contention set forth in this program of propaganda. They denounced, therefore, all reconstructionists who advocated equality and justice for all…. These Negro critics were especially hard on Negroes of our day who engage in agitation for actual democracy.” Given that, it is all too plausible that the less-educated readers of Beecher Terrace preferred Margaret Mitchell to Richard Wright.

Consider also that they were upwardly mobile. Probably they were the children of sharecroppers and the grandchildren of slaves. Even a decade earlier—in the depths of the Depression, before Beecher Terrace had been built—they had been much worse off. Now they had advanced to the ranks of the urban working class, steadily employed and decently housed. This social stratum would be receptive to the uplifting can-do messages of Ralph Waldo Emerson, Booker T. Washington, Dale Carnegie, and (fifty years later) Oprah Winfrey. And that may explain why one black freight-handler with a fourth-grade education was determined to read anything that would “learn him something,” and particularly liked Robinson Crusoe: “Crusoe was like me, he made the best of everything.”

Neither middle class nor dirt poor, bordering the North and South, equidistant from the ferment of Harlem and the isolation of rural backwaters, Beecher Terrace was in many ways a very typical black community. And Offutt’s survey suggests that, in 1943, black and white reading tastes were very similar and very middlebrow. Many Beecher Terrace residents were domestic workers, and no doubt some of the books in their home libraries were cast-offs from their white employers—though that wouldn’t explain why they borrowed Gone with the Wind from the public library. True, some of them had read Native Son, but so had many white book buyers: Wright’s novel swiftly sold 215,000 copies after it had been adopted (and somewhat expurgated) by the Book-of-the-Month Club.