Philip Nobile, a former Catholic seminarian, is the author of Intellectual Skywriting: Literary Politics and the New York Review of Books and editor of Judgement at the Smithsonian: the Bombing of Hiroshima and Nagasaki. He has written for the New York Times, Washington Post, New York, Esquire, Village Voice, Columbia Journalism Review, and National Catholic Reporter. 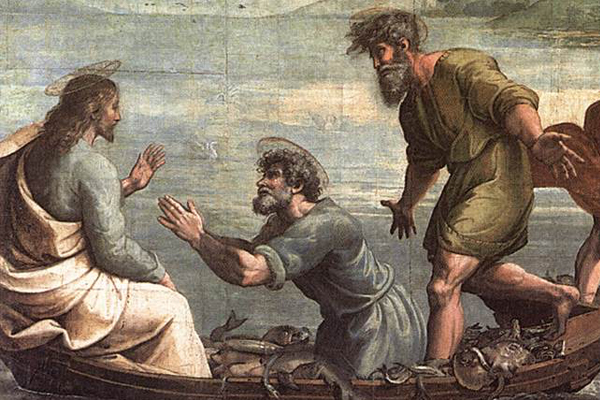 A propos interviewing a Cardinal Prince of the Catholic Church, an ecclesiastical rank never attained by Christ, New York Times columnist Nick Kristof is Voltaire light. His Christmas Eve Q & A with Cardinal Joseph Tobin of Newark ("Cardinal, Am I a Christian?"), was more cozy than controversial.

Although posing as an inquisitor asking "blunt questions and more," Kristof instantly gave the game away with his opener: "Merry Christmas," he greeted the cardinal: "Let me start with respectful skepticism. I revere Jesus' teachings, but I have trouble with the miracles including, since this is Christmas, the virgin birth," He tossed in Jesus' walking on water and multiplying loaves and fishes, but omitted other gospel favorites like changing water into wine at the Cana wedding, wine into blood at the ballyhooed last supper, and topping things off with a sensational comeback from the dead and equally impressive ascent into heaven.

Let me start, too, with Kristof's "respectful skepticism." Why so deferentialto a defender of faith that invented and stoked anti-Semitism, covered up armies of predatory priests, and to this day preaches eternal punishment for mothers seeking abortion, gays who marry, and guys who consent to impure thoughts of Isabelle Adjani. "Can't we take the Sermon on the Mount, and skip the supernatural?" Kristof pressed.

Not really. Jesus is one of three Christian deities, aka the Trinity, specifically the Father, Son, and Holy Ghost. Consequently, Jesus is as supernatural as it gets. He could walk on water in his sleep. No big deal for the so-called King of kings and Lord of lords. (1 Timothy 6:15)

The cardinal crushed the columnist's naiveté noting: "The most mind-boggling miracle is the incarnation. We believe that the Creator of the Universe, the one who existed before time and before anything else, became one of us. If you accept that, then there are a lot of other things that don’t seem to be quite as unbelievable."

Kristof moved on to the "antiquated" and, lest we forget, infallible ban on female ordination, a thorn in the side of the Church's frat boy hierarchy. The cardinal pointed out that Pope Francis has elevated a few sisters to high Vatican posts, adding without going too rogue, "I think it's got to be more than that."

Next up were a trio of vastly popular mortal sins, respectfully recast as "issues that Jesus never breathed a word about, like gays, abortion, or family planning." The clergyman pooh-poohed Kristof's polite jab, offering no argument for condemning queer sex as "intrinsically disordered" (The Catholic Catechism ), abortion as "a holocaust" (New York's late Cardinal John O'Connor), and condoms, diaphragms, and morning after pills as "morally unacceptable" (The Catechism).

"Catholic tradition didn't fall out of the air and decide something capricious," the cardinal pontificated. "It's based on all sorts of lived experience of people trying to follow Jesus closely." Tell that to St. Joan of Arc who was executed for crossdressing.

Kristof cushioned Zola's classic zinger—"The road to Lourdes is littered with crutches, but not one wooden leg”— when he brought up the perennial problem of prayer: "... why is that God answers prayers only in ambiguous situations such as curing cancer, but never to, say, regrow a leg." Cornered, the cardinal took refuge in a sappy non-sequitur about how his father's wooden leg led by chance to his marriage and thus to baby Joseph's birth. You can't make this stuff up. And he closed with the stale bromide: "I do believe God hears all prayers, and I believe God answers in some way." Tell that to the Six Million.

Lastly, the columnist reprised the headline question—"Am I a Christian?" Or did his unorthodox doubts about "the virgin birth and any physical resurrection," despite genuine affection for Jesus' supposed sayings, cast him out of the flock? Adopting Pope Francis's feel-good spin on locked-in Catholic do's and don'ts, the cardinal granted the columnist a dispensation because (cue the Vatican choir) "... you haven't completely closed the door on the possibility that God has more to say to you, then I think you're in the tent." But more than likely Kristof is headed for the heretic circle in hell joining Voltaire, Zola, and Diderot who quipped at his own risk: “Man will never be free until the last king is strangled with the entrails of the last priest.”

Full disclosure: Blessed with a papal degree from the Higher Institute of Philosophy at the Catholic University of Louvain in Belgium, I have devil's advocate cred. Herewith some ornery theological questions that may not have occured to Kristof:

Q.Speaking of the devil, Satan was once a good angel who gave God a hard time—not a smart move—and was thence discharged to hell without mercy or appeal, only to pop up in the Garden of Eden where he tempted Adam and Eve into committing some sort of "original sin" and forever inveigles the rest of us to break the Ten Commandments and skip Sunday mass. Why would a loving God stack the deck against his children by letting Satan and his bad angels live and thrive—annihilation was an option—when he knew that the damnation of millions and probably billions would result? Surely, God could have come up with a less grisly script for mankind.

Q. To follow up, I've always wondered how Satan functions so effectively considering the excruciating torments of his residence.

Q. The Church was gung-ho for torturing heretics during past inquisitions—the last execution was in 1826—but has long since "evolved" on the practice, now regarded as a violation of "human dignity." Yet torture remains a vital component of Christianity in the afterlife. If you die with mortal sin on your soul, God makes certain you are tortured in hell for eternity. If you die in God's grace but haven't worked off all the temporal punishment due to your sins, you are tortured in purgatory until full atonement. Can you explain the contradiction between the Church's recent opposition to torture of the living but perennial okay for the dead?

Q. The majority of conceptions fail to implant on the uterus and the fertilized egg—what you deem a human person—is washed away during menstruation without notice. What does this say about Intelligent Design and mean for the fate of these microscopic unbaptized persons? Not bad enough for hell or purgatory, not good enough for heaven with original sin still on their souls. As Jesus said in John 3:5: "Truly, truly, I say to you, unless one is born of water and the Spirit, he cannot enter the kingdom of God." How is it possible that half of humanity (i.e., concepti) are automatically excluded from heaven? Something's wrong with this picture.