Where Are the Truth-seekers?

Walter G. Moss is a professor emeritus of history at Eastern Michigan University, Contributing Editor of HNN, and author of “An Age of Progress? Clashing Twentieth-Century Global Forces” (Anthem Press, 2008). For a list of all his recent books and online publications, click here. 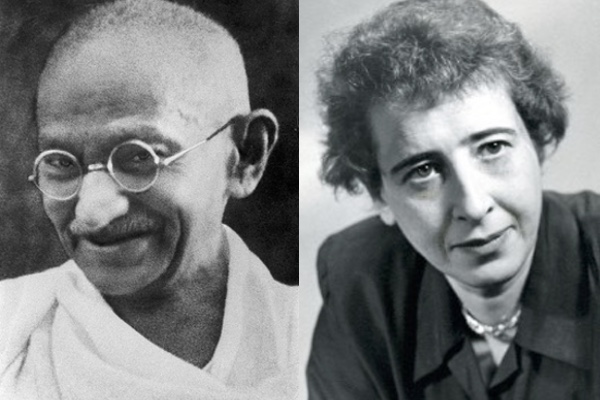 In our contentious political times, we are either pro-Trump or anti-Trump. Sincere truth-seekers are rare. The rot starts at the top. A recent New Yorker article noted: “Trump has brought to the White House bully pulpit a disorienting habit of telling lies, big and small, without evident shame. Since 2015, Politifact has counted three hundred and twenty-nine public statements by Trump that it judges to be mostly or entirely false.” To the extent that they repeat Trump’s falsehoods, by retweeting or other means, or refuse to recognize scientific or other evidence, like all the global-warming deniers, many of his followers also care little for truth. It is a great irony that one of the greatest perpetrators of untruths, Trump, loves to rant about “fake news.”

As a nation, we once valued honesty and respect for truth as presidential qualities manifested by our greatest early presidents. Ron Chernow writes of Washington’s “vaunted reputation for honesty,” and the cherry tree myth, where a six-year-old Washington allegedly said “I cannot tell a lie, “is the most well-known and longest enduring legend” about him. One of Lincoln’s nicknames was “Honest Abe.” But Trump has already well earned the sobriquet “Dishonest Donald.” And during his presidential campaign and subsequent activities, we have become used to terms like “alternative facts and the post-truth society.”

The anti-Trumpists are no match for our liar-in-chief, and they respect truth more. They include not just those on the Left, but also a growing number of conservatives like New York Times columnist David Brooks, who recently wrote: “Now it’s clear that middle ground doesn’t exist. That’s because Donald Trump never stops asking. First, he asked the party to swallow the idea of a narcissistic sexual harasser and a routine liar as its party leader. Then he asked the party to accept his comprehensive ignorance and his politics of racial division. . . . There is no end to what Trump will ask of his party. He is defined by shamelessness, and so there is no bottom.”

Yet, while most anti-Trumpists (including myself) may respect truth more than Trump and his followers, few of us would qualify as being genuine truth-seekers. We are too busy fighting Trumpism. Like those in a life-and-death struggle, we will often use any means necessary to prevail.

Caught up in the passion of the battle, we often ignore the wise words that President Obama spoke at a University of Michigan commencement in 2010: “We can't expect to solve our problems if all we do is tear each other down. You can disagree with a certain policy without demonizing the person who espouses it. You can question somebody's views and their judgment without questioning their motives or their patriotism.” Obama warned us against name-calling and added that “vilification and over-the-top rhetoric closes the door to the possibility of compromise. It undermines democratic deliberation. It prevents learning. . . . It makes it nearly impossible for people who have legitimate but bridgeable differences to sit down at the same table and hash things out. It robs us of a rational and serious debate, the one we need to have about the very real and very big challenges facing this nation.”

As one example of our ignoring Obama’s advice, consider these words from a recent piece at the Daily Kos (which considers itself a forum for progressive thinking): “[Concerning] noted sociopath and House Speaker Paul Ryan. . . . The only reason he's not also going after Social Security is because he can't do that with just Republican votes, so he's going to destroy everything else while he can. Smart move, asshole.”

In this present toxic environment, the ideas of Mohandas Gandhi and Hannah Arendt have important lessons to teach us. Deeply influenced by Gandhi were people as different as Dorothy Day, Martin Luther King Jr. (both identified by Pope Francis as among four great Americans who “shaped fundamental values which will endure forever in the spirit of the American people”), environmentalist E. F. Schumacher, and Nelson Mandela. Also recognized as “one of the most influential political philosophers of the twentieth century,” the passionate Arendt (1906–1975) was of German-Jewish background. She left Germany in 1933, settling first in Paris (for eight years) and then in the United States. In addition to many essays, she wrote such influential works as The Origins of Totalitarianism (1951), The Human Condition (1958), and The Life of the Mind, two volumes of which she had finished by the time of her death.

Beginning with Gandhi, we should first note that his autobiography, completed two decades before his assassination in 1948, is subtitled “The Story of My Experiments with Truth.” Also, most importantly, his main doctrine of Satyagraha, usually rendered asnon-violent resistance, literally means “insistence on truth.” He began using the term in his South African years (before returning to India in 1915) and referred to it as “the Force which is born of Truth and Love or non-violence.” He also stated that “In the application of Satyagraha, I discovered, in the earliest stages, that pursuit of Truth did not admit of violence being inflicted on one's opponent, but that he must be weaned from error by patience and sympathy. For, what appears to be truth to the one may appear to be error to the other.”

To realize how central truth-seeking was to Gandhi, consider the following quotes from his autobiography.

[About his teen years in India:] But one thing took deep root in me the conviction that morality is the basis of things, and that truth is the substance of all morality. Truth became my sole objective.

I had always heard the merchants say that truth was not possible in business. I did not think so then, nor do I now. [Gandhi, a lawyer in South Africa, also expressed a similar belief about practicing law.]

All my life though, the very insistence on truth has taught me to appreciate the beauty of compromise.

Even differences prove helpful, where there are tolerance, charity and truth.

Ahimsa [nonviolence toward all living things] is the basis of the search for truth.

In the march towards Truth, anger, selfishness, hatred, etc., naturally give way, for otherwise Truth would be impossible to attain.

A devotee of Truth may not do anything in deference to convention. He must always hold himself open to correction.

Our creed [in a spiritual community he established in India] was devotion to truth, and our business was the search for and insistence on truth.

To describe truth, as it has appeared to me, and in the exact manner in which I have arrived at it, has been [in his autobiography] my ceaseless effort. . . . My uniform experience has convinced me that there is no other God than Truth.

Although Gandhi’s autobiography does not cover the last two decades of his life, Louis Fischer’s biography of the Indian wise man makes clear that Gandhi’s truth-seeking remained constant up until he was assassinated in 1948. Shortly after his death, Dorothy Day wrote about him, “There is no public figure who has more conformed his life to the life of Jesus Christ than Gandhi.”

Hannah Arendt’s essay “Truth and Politics” (1967) deals more directly with our main concern here—the direct relationship between the two words. It states: “No one has ever doubted that truth and politics are on rather bad terms with each other, and no one, as far as I know, has ever counted truthfulness among the political virtues.” Arendt also suspects that politics may “be at war with truth in all its forms.”

Moreover, “factual truth, if it happens to oppose a given group’s profit or pleasure, is greeted today [1967] with greater hostility than ever before.” The essay bemoans the political image-makers who have “learned more than a few tricks from business practices and Madison Avenue methods” and helped politicians to weave a “web of deceptions.” The popularity in 1969 of Joe McGinniss’s The Selling of the President, 1968 underlined Arendt’s insight that campaigning for the presidency had taken on many of the aspects of modern ad campaigns.

Arendt states that the opposite of factual truth is “the deliberate falsehood, or lie” and warns us about the effectiveness of lying politicians. She notes that “since the liar is free to fashion his ‘facts’ to fit the profit and pleasure, or even the mere expectations, of his audience, the chances are that he will be more persuasive than the truthteller. Indeed, he will usually have plausibility on his side; his exposition will sound more logical, as it were, since the element of unexpectedness . . . has mercifully disappeared. . . . [for] reality quite frequently offends the soundness of common-sense reasoning no less than it offends profit and pleasure.”

Besides the damage that lies inflict directly on our political sphere, another effect they may have on voters who find it difficult to distinguish between truth and lies is the fostering of a “peculiar kind of cynicism—an absolute refusal to believe in the truth of anything.”

Arendt makes a useful distinction between facts and opinions and advises us against “blurring the dividing lines” between them. In his speech to Michigan graduates, President Obama made a similar point when he quoted former New York Senator Daniel Patrick Moynihan’s words that “everybody is entitled to his own opinion, but not his own facts.”

Despite all the obstacles truthtellers face, Arendt writes that truth possesses a stubborn staying power that lies lack. “This is the reason that consistent lying, metaphorically speaking, pulls the ground from under our feet and provides no other ground on which to stand.”

In addition, in free, democratic societies there are certain entities outside the contested political arena that can, and often do, defend the truth. Among those Arendt mentions are philosophers, scientists, artists, historians, judges, and reporters.

Having looked at the thoughts of Gandhi and Arendt, what we can learn from them amidst our poisonous political pit fights is the importance of prioritizing truth over any short-term political gains that disrespect it.

In his analysis of modern politics, Political Animals (2016), Rick Shenkman points out that we often place winning, group loyalty, hope, our biases, or the desire for simple answers before truth-seeking. Instead of doing so, like Gandhi we can place more emphasis on practicing patience, tolerance, charity, nonviolence (in attitude as well as action), and sympathy, as opposed to “anger, selfishness, hatred,” toward our political opponents. Like Gandhi, Shenkman emphasizes the importance of empathy towards those who think differently than we do. Because Gandhi realized that none of us possesses the whole truth, he claimed that his “insistence on truth” taught him “to appreciate the beauty of compromise.” In our own time, Obama has also emphasized the importance of political compromise and stated that “vilification and over-the-top rhetoric closes the door” to it.

While Gandhi’s example can strengthen our commitment to truth-seeking and the values that accompany it, Arendt’s essay should alert us more to the dangers emanating from political liars, including image makers who falsify reality. But her essay should also encourage us to realize that truth has its own power, especially if the likes of philosophers, scientists, artists, historians, judges, and reporters prioritize it over political considerations.

Although Trump and many of his supporters have affronted truth to a horrific degree, we anti-Trumpists should not smugly conclude that we are always champions of it. Unlike Gandhi, few of us can say honestly that we have devoted our life to truth-seeking, or even that it is always our first priority. Like all humans, we are prone to error, backsliding, and misplaced priorities.

One final caution: the open-mindedness, tolerance, patience, and empathy that should accompany truth-seeking does not preclude passion for just causes. Both Gandhi and Arendt, despite some failings, were passionate warriors for truth.