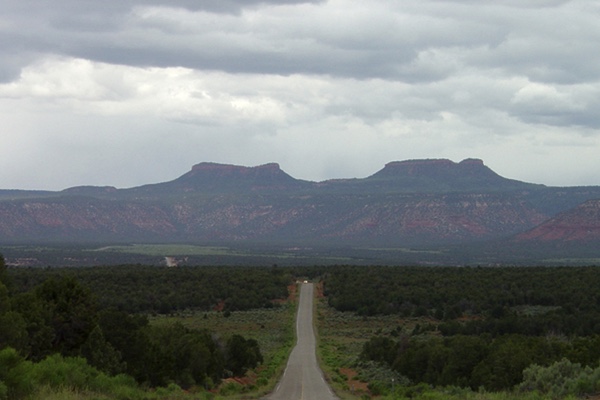 In 1906, President Theodore Roosevelt, a progressive Republican by his own definition, promoted the passage through Congress of the Antiquities Act, permitting him and future Presidents to utilize their executive powers to create or expand National Monuments, preventing the mining, drilling or logging of wide swaths of land on the American continent, and preserving those areas of natural beauty for future generations of Americans to enjoy.

Since TR, we have had 18 other Presidents through the end of the administration of President Barack Obama, and the Antiquities Act has been used by all but three of those Presidents—Richard Nixon, Ronald Reagan, and George H. W. Bush. Additionally, limited application of the law has occurred under Gerald Ford and George W. Bush. Interestingly, all five were Republican Presidents.

The Presidents, both Democrats and Republicans, from TR through Dwight D. Eisenhower all applied the act in double digit numbers, Republican Presidents, including TR (18), William Howard Taft (16), Warren G. Harding (10), Calvin Coolidge (19), Herbert Hoover (19), and Eisenhower (15) together issued 97 Monument proclamations, while Democrats Woodrow Wilson (18), Franklin D. Roosevelt (36), and Harry Truman (12) together had 66 such events. Single digit totals for John F. Kennedy (8) and Lyndon B. Johnson (5) made the Democratic total a competitive total of 79.

Republicans in the years from TR to Ike had a massive role in expanding National Monuments, but an atrocious total of only 11 times since 1960 to add to the 97 total before that date. This demonstrates how the Republican Party, the party of conservation and the greatest environmental President in TR, has sold out to developers, favoring the mining, drilling and logging interests over the push to preserve our natural resources for future generations of Americans.

Conservationists and environmentalists are now in a massive struggle with the Trump Presidency, which is proposing to reverse the contributions of Bill Clinton, and particularly, of Barack Obama. President Donald Trump has obsessive hatred and resentment of the Clinton and Obama records on this issue, and his Interior Secretary, Ryan Zinke, is aggressively cutting back on National Monuments. Additionally, Scott Pruitt, the administrator of the Environmental Protection Agency, an ally of the oil and coal industries, is busy undermining the EPA. Many Republicans in Congress are also allied with the anti-environment crusade, and Donald Trump has no interest in the agency, in that regard being very similar to the attitude in the Reagan administration, with such controversial figures as Secretary of the Interior James Watt, and EPA head Ann Gorsuch Burford, the mother of Supreme Court Justice Neil Gorsuch, doing everything possible to reverse earlier Presidents’ forward looking policies.

The one irony of this environmental discussion is that Richard Nixon, remembered for Interior Secretary Walter Hickel, and the establishment of the EPA under William Ruckelshaus and Russell Train, is often called the second most actively environmental President after TR. That is at least until Barack Obama came along. But Nixon had no role in adding to National Monuments, making him a very enigmatic figure who was influential in the environmental crusade, and yet had no interest in adding to the 176 such actions before his Presidency. It just adds to the complexities of trying to figure out the true legacy of the 37th President.

If Trump succeeds in reversing much of the progress made under Barack Obama and Bill Clinton, his Presidency will surpass Ronald Reagan as the worst environmental President of modern times. The damage done in the next few years could be irreversible.