Why Are There Political Prisoners?

Padraic Kenney is Professor of History and International Studies at Indiana University. He is the author of The Burdens of Freedom: Eastern Europe since 1989, A Carnival of Revolution: Central Europe, 1989, and Rebuilding Poland: Workers and Communists, 1945-1950. He has served as president of the Association for Slavic, East European, and Eurasian Studies. His latest book is Dance in Chains: Political Imprisonment in the Modern World (Oxford University Press, November 2017). 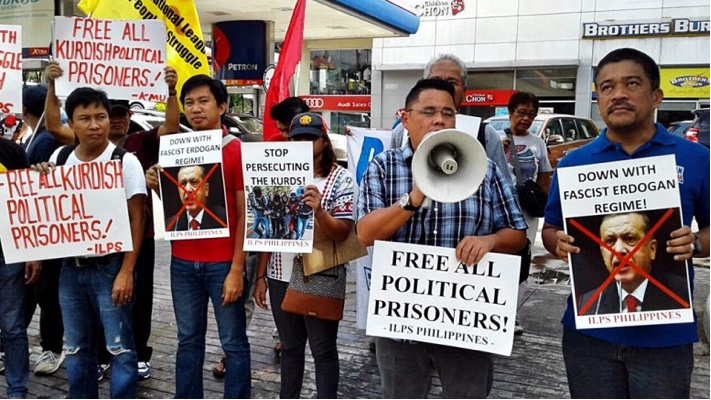 Just a half-dozen years ago, the world seemed to be becoming a less repressive place. The Burmese junta released leading dissident Aung San Suu Kyi from house arrest. Prisons opened their gates in Egypt and across North Africa. Even the population of inmates at the Guantanamo Bay Detention Center was steadily shrinking. It seemed remotely possible, as I began writing a global history of political imprisonment, that by the time I finished the book political prisoners would be largely historical figures. 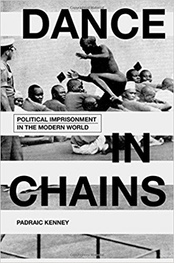 Now such optimism is clearly misplaced. If the better angels of our nature are still watching over us, they seem to tolerate quite a bit of backsliding. Most of the forty-one men remaining at Guantanamo have been relabeled “forever prisoners,” slated neither for release nor for trial. Recep Erdogan’s government detained tens of thousands following the 2016 failed coup in Turkey. Political incarceration remains a key regime strategy in countries ranging from China to Venezuela. Though Amnesty International has added many other human rights campaigns to its portfolio, there is no sign that the litany of suffering behind bars will grow any shorter in the foreseeable future.

It does not seem like the best strategy. Regimes can choose instead to tolerate their opponents, to expel them from the country, or to execute them. Imprisonment is expensive and incurs political costs, too: the suffragettes, for example, deeply embarrassed Britain, whether or not their hunger strikes hastened the vote for women. It might seem today implausible that opposition lawyer Gao Zhisheng, for example, could one day lead China, or that his Egyptian counterpart Mahienour el-Massry could play such a role in her country, but if so they would join a long tradition of politicians, from Eamonn de Valera in Ireland to Nelson Mandela in South Africa, who have ascended to power after being imprisoned by their predecessors. True, none of the men who have been held in Guantanamo will ever sit in the Oval Office, but they have still added fuel to the fires of American politics.

So why do regimes go to the trouble? In Dance in Chains: Political Imprisonment in the Modern World (Oxford, 2017), I examine a century and a half of imprisonment in Poland, South Africa, Ireland, Northern Ireland, and Guantanamo Bay. The imprisoning regimes range from Communist to Nazi to liberal democracy; their prisoners vary just as much. Yet in all cases, holding one’s opponents allows regimes to break down the collective identity that is essential to politics and to declare that the active, creative work of opposition is at an end. These are the stakes that make incarceration an attractive strategy.

Prison allows regimes to rename their incarcerated opponents as they choose: as “terrorists,” “criminals,” or even “non-persons.” Margaret Thatcher memorably dismissed the IRA prisoners during their hunger strike in the H-Blocks in April 1981: “There can be no question of political status for someone who is serving a sentence for crime. Crime is crime is crime. It is not political.” She was defending the British government’s policy toward the hunger strikers, but at the same time denying them a category, and the ability to act politically. This would have been much harder to do if they were dead—as ten of them would be, by September—or free.

The political prisoner who belongs in prison no longer has any business in opposition. Guards in Stalinist Poland would routinely quiz politicals they were escorting. The question “What are you in for?” forced politicals to acknowledge the regime’s version of themselves: “hostile activities,” perhaps, instead of “expressing disagreement.” This led to the next question: “Do you belong here?” The correct answer normalized their imprisonment and accustomed them to their new home.

This home has no explicit rules to follow, just subordination to the captors’ will. Usually, it has no endpoint, either. Sentences might be arbitrarily extended, as was common in the Soviet Gulag, for example. A trial might be endlessly postponed; if it finally occurs, the prisoner might well be denied access to key information, as many of those in Guantanamo can attest. The certainties of treatment that mark the days and years for a sentenced criminal prisoner are denied the political.

Informers, or even the threat of informers, undermine the political prisoner’s identity. Natoo Babenia, a saboteur allied with the African National Congress in the early 1960s, recalls the dreadful silence that accompanied any new arrival to a cell in Durban’s Point Prison: “People were too scared…. No one really knows who the others are, what you have said and whether you are already an impimpi [informer]. It was terrible. You could talk as much as you wanted. There were no cops to stop you. But no one spoke because we did not trust each other.” Trust and social ties that make politics possible could be destroyed from within by the debilitating doubts of political imprisonment.

The political prison is a fearsome, destructive place. Political differences disappear inside the cell: neither the nature of the regime nor the particular inclinations of the prisoners matter as much as the locked door, the miserable food, and the hostile guard. It is a wonder anyone survives with mental and physical abilities intact. Many do not, and that is still true in dozens of countries today. The practices of the twentieth century political prison are still alive and well across the world.

But if we think of the great variety of political activists who have flourished after their imprisonment, from Communists to nationalists to democrats, it may be that success comes not despite their captors’ efforts to isolate, dehumanize, and rename them. Instead, political prisoners discover in prison the limits to regime control, and in precisely the place where their story appears to end, reclaim their ability to act. Politics survives.