Is the Trump Administration Threatening the Integrity of our National Parks?

John Clayton is the author of Wonderlandscape: Yellowstone National Park and the Evolution of an American Cultural Icon, which was published in August. 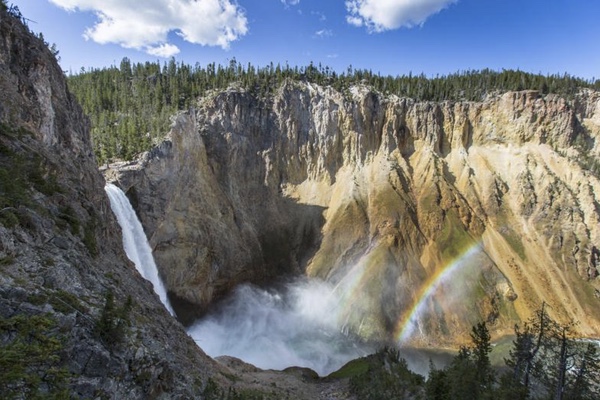 When Interior Secretary Ryan Zinke this summer proposed privatizing campgrounds in national parks, his opponents seized on this small move as a potentially big signal. Was this the first step in selling off public lands? 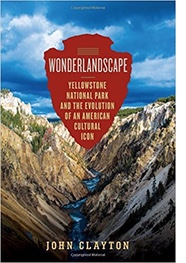 Zinke, who styles himself after the public-lands advocate Theodore Roosevelt, denied such symbolism. But what I found most interesting about the debate was the way it indicated a transformation in the meaning of national parks, their role in Americans’ self-identity. As I discovered in writing a book on the history of Yellowstone, what we want out of national parks keeps changing, with federally-run campgrounds as only the latest example.

When Yellowstone was established as the world’s first national park in 1872, its extraordinary geysers were seen as a unique wonder that should be protected from Niagara Falls–style overdevelopment. National-park status was a sort of zoning measure, to control development around these geological features. A famous phrase from Yellowstone’s enabling act—that it be for the “enjoyment of the people”—actually traces back to Frederick Law Olmsted, architect-in-chief of New York’s Central Park: both were efforts to zone preserves of nature away from the industrializing world.

At its founding, Yellowstone-as-Central-Park was not particularly noted for wildlife—indeed hunters on the 1871 Hayden expedition had trouble finding enough game to feed the party. Only in the 1890s, with widespread attention to the potential extinction of bison and other species, did Yellowstone also become known as a wildlife preserve. Subsequent generations then overlaid additional meanings on the park: as a remnant of a bygone frontier, as an embodiment of a rustic national character, and as the carefree home of a rascally cartoon bear.

One important such meaning came in the Progressive era, with the 1916 founding of the National Park Service (NPS). NPS director Stephen Mather and his assistant Horace Albright re-conceived Yellowstone, and national parks in general, as reserves of patriotism, physical representations of the culture’s inherent strengths that were jointly shared by all citizens rather than privately owned.

But operationally—and here is Zinke’s strongest argument—Mather outsourced to concessionaires the running of the parks’ hotels, restaurants, gift shops, and tour packages. The only reason he didn’t also outsource campgrounds: they didn’t yet exist.

In the 1910s, neither vehicles nor roads were yet reliable enough to allow much long-distance automobile tourism. So the vast majority of Yellowstone tourists arrived by train and toured the wonders with packaged groups in stagecoaches (replaced by motorized vehicles in 1917). The few visitors who arrived with their own horses could camp anywhere they wanted.

As vehicle traffic increased through the 1920s, the increased demand for campsites required regulation. So Albright, at this point serving as Yellowstone’s superintendent, established a series of campgrounds through the park. But by the time the campgrounds’ operations and character had been standardized, the outsourcing moment had passed.

And so eventually camping itself became associated with the glory of Yellowstone and other national parks. Although in truth you can sleep outdoors, sit around a campfire, and cook marshmallows anywhere, pursuing these activities within the sacred space of the national park has become a touchstone ritual.

The national park campground has become a sort of utopia, an instant community of friendly, like-minded folk who benefit from the sponsorship of a benign government. To privatize that—to make it just another market transaction—threatens the specialness we have chosen to impart to national parks.

Zinke seems willing to gamble on that threat in hopes of saving his department some money. It’s a worthy goal, although I doubt he will achieve it. First, there’s the history of waste in, say, defense contracting—and NPS’s own problems with what it sees as a greedy concessionaire in Yosemite. Second, outsourcing generally succeeds when it offers opportunities for labor substitution or economies of scale, neither of which seem very relevant to operating a campground.

If Zinke’s opponents do prove correct—if this is a first step in a wide scale dismantling of Roosevelt’s public-lands legacy—then that will be a far greater concern. (The key indicator may be how he resolves a separate executive order that could weaken the NPS’s 9B rules regulating oil and gas drilling in parks—a policy position that Mather and Albright worked tirelessly to establish.)

That fight, if it comes, will signify a different and far greater set of values that our culture has overlaid on national parks. For many people today, the parks aren’t just scenic wonders, but symbols of an appreciation for Progressive ideals. Roosevelt, Mather, and Albright believed that our society could collectively see nature as special, and collectively act on its behalf. Beyond camping or geyser-gazing, many today see the parks as standing for that hope.