Amy Werbel is Associate Professor of the History of Art at the Fashion Institute of Technology, and author of Lust on Trial: Censorship and the Rise of American Obscenity in the Age of Anthony Comstock (forthcoming, Columbia University Press, spring, 2018). 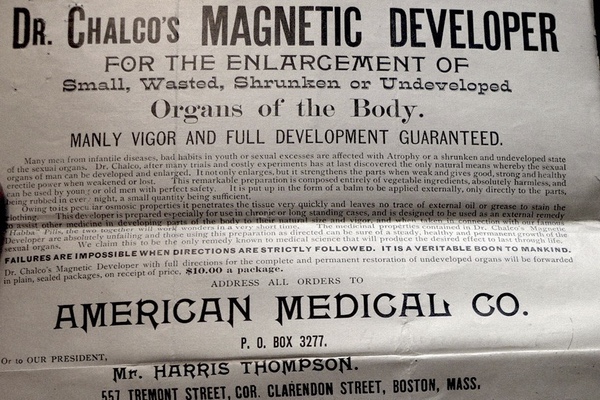 Historians across the board acknowledge the problematic history of monuments to the Confederacy. Many were erected on public land by private organizations during the Jim Crow era when legislators were instituting laws to systematically rob people of color of their citizenship rights. Since the events of Charlottesville, and subsequent destruction, defacement and removal of monuments to the Confederacy in Durham, Baltimore, and elsewhere, attention has turned to other symbols of historic oppression against Native Americans, Jews, and women. These symbols today contribute to a hostile climate for historically oppressed groups in a tradition of visual culture that has been used as a tool of power throughout recorded history.

Nevertheless, before we rush to erase the symbols of our tragic historical (and modern) oppression, let’s take a step back and think strategically about the ecosystem of American speech, and what censorship does, and does not accomplish. For the past ten years, I have analyzed the question of how it is possible that American culture became much more saturated with sexually-explicit text, images, and objects (including contraceptives), precisely during the years they were most forcefully censored. During the career of our most powerful and first federally-appointed censor, Anthony Comstock, 1873-1915, millions of texts, images, and objects were labeled “obscene,” seized and destroyed, and penalties in many cases were extreme.

By the 1890s, however, a shared recognition amongst the beleaguered began to emerge – being censored became a profitable selling point and powerful common cause. Theater producers tripled their profits when they could advertise potential closure. Artists joined professional organizations and publicized their own opinions about questions of artistic judgment. Women espousing feminist causes, including Emma Goldman and Margaret Sanger, likewise found common cause together as victims of suppression. They used acts of censorship against their speeches and publications to generate publicity and funds, attracting new supporters for the cause of reproductive rights even as censors worked hard to achieve the exact opposite goal. In all these cases, there was no better way to build popularity for a cause than to bait would-be censors and wait for the publicity and benefits to follow. When they could frame the debate as the cause of free vs. unfree speech, rather than arguing the merits of their actual cause, marginalized voices were amplified.

Today, purveyors of hate are profiting from this lesson from history far more than those seeking social justice and a more equitable future. To reverse this damaging situation, as the Reverend William Barber aptly summarized, we must remember that the real goal is not symbolic, but rather systemic, and so must the focus be of those seeking to right the wrongs of the past and present. “If you just pull down the statue but you do not pull down the statutes, the laws that support them, we still have issues,” Barber remarked.

All of us have choices to make about where to focus our attention, send our donations, march, write, organize, and advocate. As I concluded my research project, I realized how sad, in a way, that individuals like Anthony Comstock had devoted so many decades of strenuous and damaging effort to such a losing battle. His cause was not defeated instantly, but by the time of his death he was weak, humiliated, and disempowered. In due time, his efforts produced far more backlash than sustainable change, in large part because he alienated, rather than attracted potential allies for his cause.

To be sure, the catharsis of watching a statue fall or a plaque removed may provide some short-term healing, but long-term, the rush to enjoy that temporary thrill likely will prove self-defeating. With the benefits of hindsight, the wisdom of the Southern Poverty Law Center today shines through: “As much as you might like to physically show your opposition to hate, confrontations serve only the perpetrators . . . Every act of hatred should be met with an act of love and unity.”

If you want to take a lesson from the pages of history, make sure you remember the goal of changing hearts and minds, and not just symbols. That can’t happen without a process that respects the civil liberties of everyone who does not cross the line into threatening and/or violent speech and acts. Most importantly, think strategically about how your speech and actions fit into the larger ecosystem of American speech. Think about the reactions that are likely to follow, and who is likely to profit from them. Make sure your speech will build allies for your cause, and shape those efforts into demands for specific, systemic, and powerful social and political change. If you want to avoid repeating the mistakes of the past, don't count on censorship to solve anything.