What I’m Reading: An Interview with Archaeologist (and Historian) Joyce Tyldesley

Erik Moshe is a freelance writer based in Northern Virginia and an HNN features intern. 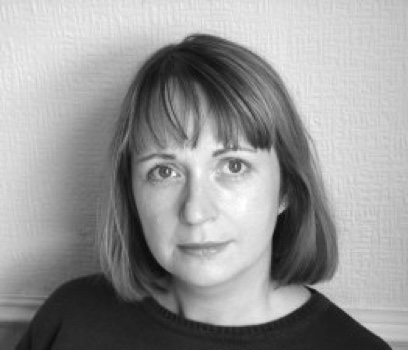 Joyce Tyldesley is an archaeologist, Egyptologist, broadcaster, and a Senior Lecturer in the faculty of Biology, Medicine and Health at the University of Manchester. Tyldesley is President of Bolton Archaeology and Egyptology Society. She is the author of"Daughters of Isis: Women of Ancient Egypt" (Penguin History) (1995), "Hatshepsut: The Female Pharaoh" (1998), and "Nefertiti: Egypt’s Sun Queen" (1999), "Cleopatra: Last Queen of Egypt" (2008), "Tutankhamen: The Search for an Egyptian King"(2012), among other books and publications.

My teaching term has just ended, so I am currently relaxing by re-reading Elizabeth Peter’s Amelia Peabody books. These deal with the late 19th and early 20th century excavation of several well-known Egyptian sites. They are of course fiction, but Elizabeth Peters was the pen name of the respected Egyptologist Barbara Mertz, and so alongside the mystery, they provide a fairly accurate account of life on an archaeological dig at this time.

It is very difficult to pick out a favorite. I love reading the works of James Baikie, a Scottish clergyman who wrote accurate and highly accessible books about ancient Egypt at the start of the last century. His works are outdated now, of course, but they provide an invaluable guide to the development of Egyptology. If I were to pick just one book it would have to be Barry Kemp’s Ancient Egypt: Anatomy of a Civilization. A groundbreaking book for Egyptologists.

I had always liked history as a school subject, and I became fascinated by ancient Egypt when the 1972 touring Tutankhamun exhibition came to Britain. But I came from a family of scientists, and I did not realise that history or ancient history could be the basis of a career. So when it came time to specialise, I decided to study sciences with a view to becoming a medic. After two years of studying physics, chemistry and biology I realised that I was definitely not suited to life as a medic, so I had a re-think, and decided to study archaeology at Liverpool University. I followed that with a doctorate in prehistory at Oxford University. I found, and still do find, prehistory fascinating, but for me it lacks some of the human contact that we can get from reading texts. After a year of teaching prehistory, I therefore started to write about the women of ancient Egypt. My aim was to create accessible but factually accurate histories – the sort of book that I would have enjoyed reading as a student – about people who had been more or less ignored in the Egyptological literature. For many years I supported my writing career by working as an accountant and teaching evening-classes in Egyptology. Then, in 2007, I started to teach Egyptology online at Manchester University. I am based in the UK, but because I teach entirely online, I now have students all over the world.

I think that you need all the skills of a good detective; an insatiable curiosity, a passion for the people and events of the past, a willingness to spend hours tracing minute clues, an ability to analyze and evaluate evidence, and a willingness to abandon theories which, although appealing, do not fit with the known evidence. It also helps to love reading.

I have just finished writing a book that considered the creation and post-excavation history of the world-famous Nefertiti bust, which is currently displayed in Berlin Museum. This has given me the opportunity to consider not only life in the later part of 18th Dynasty Egypt (c. 1390-1327 BCE) but also aspects of European history immediately before and after the Second World War. I found all of this to be fascinating, but I think that 18th Dynasty Egypt – a time of empire and monumental building - will always be my favourite time period.

I have had the great luck to study with a wide range of excellent teachers. All made a contribution to my development as a historian. If I were to pick out one, it would be Professor Kenneth Kitchen of Liverpool University, a man whose enthusiasm for the past is truly inspiring, and whose generosity in sharing his knowledge is unrivalled.

What are your hopes for world and social history?

Egyptology – the study of ancient Egypt – has traditionally been regarded as a subject completely separate from the study of all other ancient societies. In the past it was possible to study ancient Egypt without giving any real consideration to events or people elsewhere in the world. This is now changing, as it is realized that the ancient Egyptians did not exist in a time “bubble”: long may this continue.

I collect examples of Egyptianising jewellery; modern jewelry inspired by ancient Egypt. This reflects my interest in the transmission of ancient Egyptian history. Academics, students and history-buffs are likely to acquire their knowledge of ancient Egypt through research, conferences and reading, but these resources are specialist and not easily accessible; they have to be deliberately sought out. Many people absorb their knowledge of ancient Egypt indirectly, through films, fiction, and cultural influences such as fashion, art, and interior design. Jewelry offers a personal means of simultaneously decorating the body, appreciating the beauty of ancient Egyptian culture, and signaling an interest in the remote past. This is something that the Egyptians, whose graves have yielded large quantities of jewelry, would have appreciated. However, the Egypt represented in modern jewelry can be far removed from the land that the Egyptians themselves would have recognized.

The most rewarding aspect of my career has definitely been the links that I have made with other people who are as fascinated by the ancient past as I am.

My greatest frustration is with television history: the compulsion that TV producers have to take a fascinating and richly complex subject, strip it of all subtlety and argument, and present it as straightforward fact. Many people trust TV, and they trust that what they are being told is correct. They have no means of knowing that often they are being shown only half the argument.

I can’t speak for the whole of history, but the study of ancient Egyptian history has undergone some remarkable changes over the past thirty years. We now consider ancient Egypt in its proper context, and not isolated from the rest of the world. And we have far less emphasis on tombs and temples, and more emphasis on social and daily life. Speaking personally, one huge change has been the introduction of online resources. I do all my teaching this way; I am therefore able to work with students all over the world who would otherwise be unable to attend university. As more and more museums and libraries make their collections and archives available online, more and more people have direct access to resources which were once reserved for academics only.

If you could sum up world history in one word, what would that word be? Why’d you pick it?

Fascinating: not a very original word, but a true one.

My favorite saying, “Evidence of absence is not evidence of absence” is simple and unoriginal, but true. When I was writing about Tutankhamun, and the persistent belief that his tomb carries an effective curse, I developed, somewhat tongue-in cheek, “Tyldesley’s Law”: “Any theory about the behavior, beliefs and abilities of the ancient Egyptians, no matter how unlikely, will be accepted as truth by someone.”

This law can be applied to “big theories” (aliens, supernatural powers etc.) and “small theories” (the use of cosmetics, homeopathy etc.). Once aware of the law, it is impossible to avoid noticing just how often random inventions and innovations are attributed to the ancient Egyptians.

I am working on the proofs of my next book – Nefertiti’s Face: the Creation of an Icon – which is to be published early in 2018 by Profile Books in the UK, and Harvard University Press in the USA. I am also working on developing more online Egyptological resources via Manchester University.