Why Does Donald Trump Keep Flirting With Disaster?

James David Robenalt is an author and lawyer. His most recent book is January 1973, Watergate, Roe v. Wade, Vietnam and the Month That Changed America Forever and he was a contributor to Ken Gormley’s edited book, The Presidents and the Constitution: A Living History. He lectures with John Dean, www.watergatecle.com. 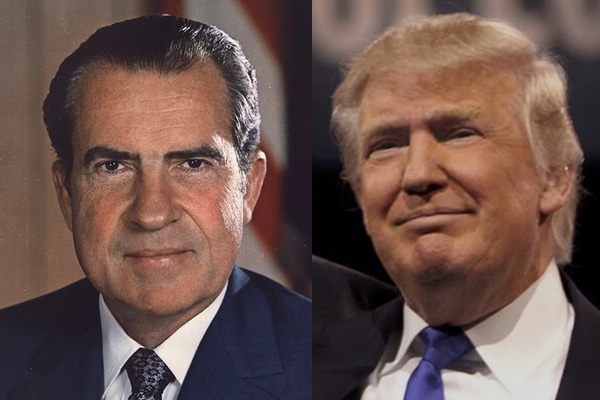 We are all in some giant bouncy house with a petulant, overweight child furiously jumping up and down in the middle, causing all of us to crash this way and that, knocking into each other and straining the walls of the house itself. At some point, something has to give. Either we throw the fat kid out of the house or we all risk cracked skulls or worse—the house could collapse or be destroyed. 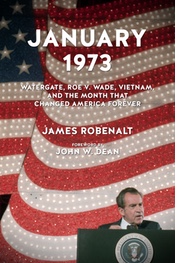 I wish this analogy were made in jest, but it is not. Donald Trump has been wildly careening between threatening nuclear war with North Korea and implicitly patting murderous white supremacists and Neo-Nazis on the head for taking on the “other side.” He loves chaos; he lives for the attention and the thrill.

Why does he act so erratically? What is it in his make-up that makes him a particular menace in the presidency?

As someone who has given national lectures to lawyers over the last seven years with Richard Nixon’s former White House Counsel, John W. Dean, I am now asked in every interview whether Donald Trump and Richard Nixon share common personality traits or flaws. My answer is that, yes, they are very much alike, though there are Olympic-size differences.

Keep in mind that Donald Trump started his campaign for the presidency in 2015 with an homage to Richard Nixon. “The Silent Majority is back, and we are going to take our country back,” Trump said at a rally in Phoenix in July 2015. His reference was to a hugely popular speech President Nixon delivered in 1969 when he was asking for support of his policy in Vietnam.

Like Nixon, Trump attacks the elites, the media and the intelligence agencies—ensuring leaks will be a mainstay of his presidency. He has thin skin and obsesses over enemies. He fires people investigating him. His scandal involves the break-in (electronically) of the Democratic National Committee and his campaign’s alleged ties to the Russian electronic burglars. He appears to be orchestrating a cover-up rather than cooperating fully with investigators. He thinks a double-standard is being applied to him. He has known the sting of rejection from the establishment and he seeks revenge.

Their differences are obvious. Richard Nixon had a Ph.D. in the presidency, having served eight years as vice president under President Eisenhower. Nixon travelled the world, becoming a premier expert on foreign policy. Nixon read widely, especially history and particularly the biographies of some of his (progressive) presidential heroes: Teddy Roosevelt and Woodrow Wilson. Nixon also knew how Congress worked, having served as a congressman and then as senator from California.

Trump was born rich; Nixon in poverty. But they both took from these circumstances a deep resentment that they were not recognized for their own worth, their brilliance, their hard work. Trump was probably bullied as a rich kid who would make it just because his father was rich. Nixon was bullied for other reasons, but came to the same conclusion about life: “I’ll show them.” Importantly, neither of them had anything to lose when they developed these habits of vengeance. Once triumphant, though, they knew no other way.

In John Ferrell’s dazzling recent biography, Richard Nixon, The Life, he retells the story of one of Nixon’s former staffers visiting him in exile after he resigned the presidency. Suddenly, Nixon shared an “atypical moment of self-awareness.”

Ken Clawson, a former White House communications guru, met with Nixon in his seaside mansion at La Casa Pacifica not long after the president left office. “Sitting in his office,” Ferrell writes, “ranging back over his years in politics, Nixon described how the candle had come to singe the moth.”

“What starts the process, really, are laughs and slights and snubs when you are a kid,” Nixon began. “But if you are reasonably intelligent and if your anger is deep enough and strong enough, you learn that you can change those attitudes by excellence, personal gut performance, while those who have everything are sitting on their fat butts.”

Nixon continued: “Once you learn that you’ve got to work harder than anybody else it becomes a way of life as you move out of the alley and on your way.” The pattern starts to take hold. “In your mind you have nothing to lose, so you take plenty of chances, and if you do your homework many of them pay off. It is then you understand, for the first time, that you have the advantage because your competitors can’t risk what they have already.”

Think of Trump in 2016. He had nothing to lose while his competitors did. He was an outsider and he was rewarded, over and again, for his demeaning remarks and bullying tactics –“Lying Ted,” “Little Marco,” “Low-energy Jeb,” and eventually “Crooked Hillary.”

But Nixon identified the time bomb that ticks in this sort of reckless lashing out. “It’s a piece of cake until you get to the top,” he mused with Ken Clawson. “Then you find you can’t stop playing the game the way you’ve always played it because it is part of you and you need it as much as you need an arm or a leg.”

And here is the nub. “So you are lean and mean and resourceful and you continue to walk on the edge of the precipice because over the years you have become fascinated by how close you can walk without losing your balance,” Nixon said.

Clawson interjected: “Only this time there was a difference.”

Nixon agreed. “Yes,” he said, “this time we had something to lose.”

I have optimistically written in the past that Donald Trump would do well to read history, especially biographies of the presidents, thinking he needed to learn from the men who occupied this unique office. He could learn how they handled crises and how they dealt with their mistakes. But that view was hopelessly naive. Trump is Trump. The way he impulsively deals with the world is baked-in. He has no more chance of rising above whatever demons possess him than Richard Nixon did. He is clearly fascinated with walking along the precipice.

As a nation, we can no longer accept this risk. We cannot leave the keys to our nuclear arsenal in his hands; we cannot allow him as leader of this pluralist nation to continue to whisper into the ears of the white supremacist terrorists who have been emboldened by his presidency.