What Does Trump’s Election Say about American Culture and Values? 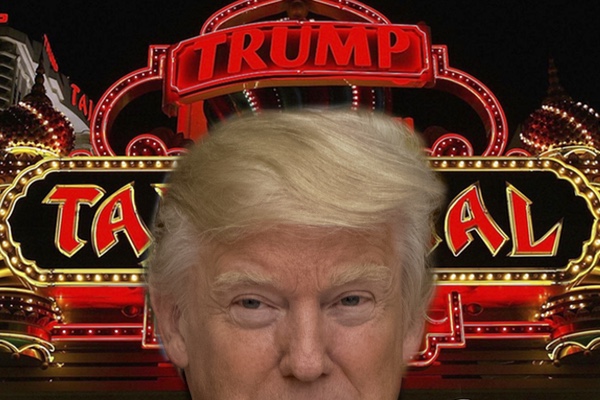 Among the large percentage of Americans who are aghast at the election of Donald Trump as president, one sometimes hears, “How could this have happened? How could we Americans have elected such a clueless fool?” A man who bragged that because he was a “star” he could grab parts of women’s bodies whenever he wished. A man who made so many outlandish statements, many of them reflecting his colossal narcissism, that one hardly knows where to begin.

Yes, Hillary Clinton ran a poor campaign against him. Yes, as HNN’s Rick Shenkman indicated in 2009, the average U.S. voter is poorly informed. And yes, there are numerous other explanations for why Trump won a majority of the Electoral College and was as popular as he was in small towns and rural areas. But these admissions do not go deep enough. Blame falls not just on Trump voters, but also on our entire system, including our culture and values, which has nourished these voters.

In the broadest sense and in the way many anthropologists use the term, culture embraces the whole way of life of a group, including their physical and mental activities: thus, Chinese or U. S. culture. How do we characterize the latter? In 1963, anthropologist Jules Henry wrote in Culture Against Man that the U. S. culture of his day was “a culture increasingly feeling the effects of almost 150 years of lopsided preoccupation with amassing wealth and raising its standard of living.” He believed that the two main “commandments” of U. S. culture were “Create More Desire” and “Thou Shalt Consume,” and that these two commandments contributed to planned obsolescence, instability, “technological drivenness,” and to making any religious or moral restraint on wants outmoded. In 1987, over 90 percent of U. S. teenage girls in one survey listed shopping as their favorite leisure activity.

In 1993 historian William Leach wrote that during the twentieth century “American consumer capitalism produced a culture almost violently hostile to the past and to tradition, a future-oriented culture of desire that confused the good life with goods. It was a culture that first appeared as an alternative culture . . . and then unfolded to become the reigning culture in the United States.”

Readers might object that there is much more to American culture than just consumption. But are Henry and Leach wrong in indicating the central role in it of capitalism and the profits it seeks by encouraging the ever-growing and varied consumption of goods and services?

Increasingly what we consume and value is entertainment. Already in 1985, Neil Postman wrote in Amusing Ourselves to Death, “Our politics, religion, news, athletics, education and commerce have been transformed into congenial adjuncts of show business, largely without protest or even much popular notice. The result is that we are a people on the verge of amusing ourselves to death.”

As a “metaphor of our national character and aspiration,” he selected Las Vegas, “its symbol a thirty-foot-high cardboard picture of a slot machine and a chorus girl. For Las Vegas is a city entirely devoted to the idea of entertainment, and as such proclaims the spirit of a culture in which all public discourse increasingly takes the form of entertainment.”

In December 2016, I wrote, “If you were pressed to name one individual who most personifies the [Vegas] Strip’s image and money-making values it would be the man whose name is plastered on the nearby Trump International Hotel,” and “the crude emergence during the last year of Donald Trump from just another glitzy celebrity to now the most powerful person in our country . . . represents a victory . . . of the dark Vegas-Strip aspect of our culture.”

Shortly before this, two scholars argued “that Trump’s campaign to become the Republican nominee was successful because it was, in a word, entertaining—not just for the white rural underclass, not just for conservatives, but also for the public at large, even those who strongly oppose his candidacy. Whether understood as pleasing or offensive, Trump’s ongoing show was compelling.” In their article, the two authors remind us of many of Trump’s past entertainment connections—e.g., his casinos, his beauty pageants (including the Miss Universe pageant in Moscow in 2013), his connections with professional wrestling (see also here), and his starring role for over a decade in the reality-TV game show, The Apprentice.

When Postman wrote in 1985 about “amusing ourselves to death,” television was the leading form of entertainment. In 1993, Zbigniew Brzezinski, former National Security Adviser to U. S. President Jimmy Carter (and father of Mika Brzezinski, whom Trump recently insulted), could still write that television had “become prominent in shaping the [U. S.] national culture and its basic beliefs,” that it “had a particularly important effect in disrupting generational continuity in the transfer of traditions and values,” and that it helped produce “a mass culture, driven by profiteers who exploit the hunger for vulgarity, pornography, and even barbarism.” But by 2005, Postman’s son Andrew noted that entertainment had considerably broadened including the Internet, cell phones, and iPods. Today, we could add much more including Netflix and all of Amazon’s entertainment options. On a recent walk along a river trail, of the first ten people I saw, nine of them were looking at their cell phones.

Our pursuit of entertainment reflects our values, but so do many other aspects of our culture. Take, for example, one of our best-selling newspapers, USA Today. Its four sections are labeled, News, Money, Sports, and Life. The last section is primarily about entertainment, entertainers, and celebrities.

Key gauges of our values are what we spend our money on and what salaries people earn. According to an Associated Press study, the average Major League Baseball salary was scheduled to “break the $4 million mark for the first time in 2015, continuing a trend that has seen payrolls skyrocket due in part to increasing revenues from broadcasting deals.” Superstars in various sports, of course, make much more. Other big earners are other entertainers (as professional athletes certainly are), like film stars, as well as hedge fund managers and CEOs. Compare such salaries to those of social workers, home health aides, and teachers, and tell me we do not place more value on entertainment, business, and money as opposed to helping people and education.

But, one might argue, the prominence of Las Vegas, Hollywood, television, and sports are not the only phenomena that reflect our values. How about “traditional values” and the emphasis conservatives place upon them? According to one conservative web site: “Hollywood ‘values’ are characterized by public obscenities, decadence, narcissism, hypocrisy, rampant drug use, extramarital sex leading to the spread of sexually-transmitted disease, abortion, lawlessness and the promotion of the homosexual agenda. . . . The lack of morals and difference of values in Hollywood culture has been destroying the fabric of American culture, particularly the family.”

Since 2006, conservatives have held annual Values Voters Summits. Featured guests have included right-wing commentators like Sean Hannity, Bill O'Reilly, and Ann Coulter. Key issues have been opposition to abortion and to same-sex marriage and promoting “family values” and a strong national defense.

As a Huffington Post essay indicated, “‘Family Values’ is one of the buzzwords of the radical right—especially the religious right,’ but the advocates of the phrase are more concerned with what they consider traditional values than with the true welfare of children and women.

Our problem as a nation, the problem that helped lead to Trump’s victory, is that too many people did not possess the right values. They embraced the intolerant, close-minded ones of the radical-right, which are obsessed with issues such as abortions, same-sex marriages, and making “America strong again,” and/or they were attracted to the glitzy, superficial, money-grubbing values of Las Vegas, beauty pageants, World Wrestling Entertainment, and shows like The Apprentice.

Paradoxically, Trump advocated the first set of values and symbolized the second. At the 11th annual Values Voters Summit in 2016, Trump told his listeners that during a “Trump administration, our Christian heritage will be cherished, protected, defended, like you’ve never seen before.” He also appealed to Christian parents who wanted more financial support for religious schools by saying, “As your president, I will be the biggest cheerleader for school choice you’ve ever seen.” And he stated that he would “also fight for the American family and American family values.”

According to exit polling for the 2016 presidential election, Trump gained the support of 81 percent of the white, born-again/Evangelical voters and 60 percent of white, Catholic voters, despite Pope Francis’s deep disagreement with Trump on many issues.

Instead of the values Trump represents or pays lip service to, what we needed in the election was to prioritize values that reflected political wisdom such as respect for truth, compassion, empathy, prudence, humility, temperance, tolerance and a willingness to compromise.

But our culture does not foster such values. Such values do not “sell.” They are not exciting enough, not new enough for a population addicted to technological and other novelties, whether of a new Trump tweet or the latest iPhone. Compared to the showmanship of someone like Trump or the conservative former Fox News star Bill O’Reilly, wisdom values are “boring.”

Along with Trump, O’Reilly is an especially interesting example of our deeply flawed culture and values. He prides himself on his best-selling “history” books like Killing Lincoln, but historians regard them as unreliable. His new book Old School espousing traditional family values appeared the same week that it was reported that he had settled suits with five women who had accused him of sexual harassment or verbal abuse.

Respect for truth? A 2009 Pew poll indicated that while 87 percent of U. S. scientists maintained “that humans and other living things have evolved over time and that evolution is the result of natural processes such as natural selection,” only 32 percent of the U. S. public agreed. And while 84 percent of scientists declared the earth is getting warmer because of human activity, just 49 percent of the public agreed. Since 2009, evidence for evolution and global warming has just increased, but for far too many of our fellow citizens, Fox News or some other biased source has triumphed over facts and scientific objectivity. Epitomizing this is our Lier-in-Chief, who has told so many lies since taking office that the New York Times hascatalogued them.

Humility? In 2016 a Huffington Post piece stated, “Listening to the media these days one would think that our leaders have lost all sense of humility, if indeed they ever had it.” An up-to-date dictionary could list Trump as an antonym for humility, and the same is true for many other wisdom virtues like compassion, empathy, prudence, temperance, tolerance and a willingness to compromise.

If we as a nation hope to revive ourselves, we need to reexamine our culture and values and ask ourselves are they conducive enough to help us replace our present national disgrace with a man or woman worthy of our nation’s highest office. If they are not conducive enough, we need to alter them.