Erik Moshe is a freelance writer and an HNN features intern.

Dr. Gary W. Gallagher is the John L. Nau III Professor in the History of the American Civil War at the University of Virginia. He graduated from Adams State College of Colorado and earned his M.A. and Ph.D. in History from The University of Texas at Austin. Prior to teaching at UVA, he was Professor of History at The Pennsylvania State University. Professor Gallagher is one of the leading historians of the Civil War. His books include The Confederate War, Lee and His Generals in War and Memory, and Stephen Dodson Ramseur: Lee's Gallant General. He has coauthored and edited several works on individual battles and campaigns and has published over 100 articles in scholarly journals and popular historical magazines. Professor Gallagher has received many awards for his research and writing, including the Laney Prize for the best book on the Civil War, the William Woods Hassler Award for contributions to Civil War studies, the Lincoln Prize, and the Fletcher Pratt Award for the best nonfiction book on the Civil War. Professor Gallagher was founder and first president of the Association for the Preservation of Civil War Sites and has served on the Board of Directors of the Civil War Trust. 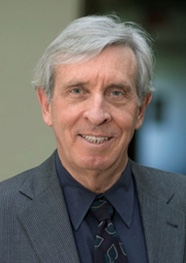 I re-read Jane Austen’s novels every year (well, all but Northanger Abbey), and I am working on Persuasion right now. I am also very much enjoying Julie Schumacher’s Dear Committee Members, which evokes the academic world in ways alternately hilarious and painful. As for works of history, I am reading Joe Jackson’s Black Elk: The Life of an American Visionary—for the second time, having first encountered it while on a prize jury. I find it a remarkably successful use of biography to get at a range of questions relating to Lakota and, more broadly, American history.

I do not have a book that stands out as my clear favorite, but I always profit from returning to David M. Potter’s work. The essays in The South and the Sectional Conflict, particularly “The Historian’s Use of Nationalism and Vice Versa,” remind me of the long-term value of scholarship that reflects superior analytical gifts, intellectual integrity, and deep immersion in sources.

I can say with great firmness that I did not choose it in the hope of retiring early with a large bank account! I have been drawn to history since I was in grade school, and I was fortunate to have excellent teachers at various points in my schooling who urged me to follow my interests. By my second year of undergraduate school, I knew I would try to become an academic historian. I urge my own students to find a profession they love, one that makes them excited about going to work, rather than dreading it, every day. I cannot imagine a better way to spend a professional life than teaching and writing about history.

The baseline is performing the hard work that yields a good foundation of knowledge—a foundation that should be made stronger by continuing to engage in research throughout a career. In the classroom, the quality of conveying genuine engagement with the topic is essential. Students can tell immediately if a teacher is going through the motions, and they respond, properly, by withdrawing intellectually or dropping the class. In terms of scholarship, historians must be able to sustain solitary work, often for protracted periods. Anyone who prefers always to be part of a team probably should avoid historical research. Perhaps the most important quality is a determination to go where the evidence leads, whatever initial expectations might have been. Hewing to a promising thesis or theory in the face of preponderant evidence to the contrary is, at least in my view, unforgivable.

The American nineteenth century always has been my principal teaching and scholarly area of interest. More specifically, Civil War-era history has proved endlessly fascinating to me—and has expanded exponentially during the course of my career since the early 1970s, with social history, gender history, cultural history, and memory studies, to name just four analytical categories, providing almost endless new ways into the field. The cast of characters and range of issues—whether the work of the founding generation would survive, whether slavery would continue to mock the soaring language of the nation’s foundational documents, whether central or state and local authority would prevail, among others—set the era apart and allow historians who study it to reach a potentially large lay audience as well as other scholars and undergraduate and graduate students. Because the great issues and events of the mid-19th century have continuing resonance—current debates over the Confederate memorial landscape are a good example—the Civil War often inspires heated cultural and political debates that have both academic and nonacademic dimensions.

I’ll mention two. In undergraduate school, Norma Lois Peterson provided an excellent example of someone who, though teaching at a small state school and chairing a department for more than twenty years, nonetheless published three books with university presses. Her example always comes to mind when I hear someone say that it is possible to do a good deal of teaching or to publish consistently—but not to do both.

In graduate school, George B. Forgie set a formidable example—someone who consistently earned the rapt attention of large groups of students while also presenting history as so complex as to defy any attempt to reduce it to black-and-white simplicity. He accomplished this while holding the line on grades, which I also admired and have tried to do myself.

What are your hopes for world and social history?

I suspect world history will continue to grow in terms of how much attention it receives in curricula—and will continue to challenge even the best teachers in terms of structure and coverage. Social history also will endure and continue to yield valuable scholarship, though I doubt it will return to the prominence it held in the late 20th century.

I have been a bibliophile most of my life, interested in books both as tools and as objects. For some reason, I very early on gravitated to first editions in crisp dustjackets. I did collect rare books for many years—association copies, inscribed first editions, copies annotated by the authors, and the like. At one time or another, I owned scores of unique copies and hundreds of very desirable ones, as well as a good bit of choice ephemera. I no longer collect rare books, though I still have a substantial working library of several thousand volumes. I never collected artifacts, though I have a few I use in the classroom—Union patriotic covers from the Civil War; a first-issue, one-dollar greenback from 1862; and objects related to the various memory traditions associated with the generation that experienced the conflict.

What have you found most rewarding and most frustrating parts of your career?

I have found teaching and publishing to be equally rewarding. At the undergraduate level, it has been wonderful to see students grapple with complicated questions and decide, in the end, that there are few simple answers. I almost always have taught at least one course a year at 8:00 A.M., and the students who drag themselves to class at that hour have a special place in my heart. (I often, at the outset, read the St. Crispin’s Day speech from Henry V and tell them their 8:00 A.M. cohort will have a particular bond going forward.) A number of my undergraduate students have become history teachers at the middle- and high school levels. With graduate students, I savor the moment when they can share a dissertation-turned monograph with me. News of a prize awarded a dissertation or first book is even better. I derive almost as much satisfaction from my students’ publishing a book as from my doing so—though I will not pretend to be detached when it comes to opening the first copy of something I’ve written.

As for frustrations, I would list the usual ones—failing to reach some students, coming to terms with increasing levels of university bureaucracy, hearing during question-and-answer sessions after public lectures that slavery had nothing to do with secession and the coming of war in 1861, and, if I may deploy a little humor here, the deeply troubling phenomenon we all have experienced when a reviewer or some other critic misconstrues the argument in something we publish.

The development of new analytical lenses, a few of which I already mentioned, has brought seismic change to the study of history. So also has the astonishing rate at which published and unpublished materials have been made available online, the search engines that make huge numbers of newspapers and other sources accessible in ways undreamed of twenty years ago, and the types of mapping that permit representation of social, economic, and political change over time.

What I say here will underscore a point I already made. My favorite saying comes from my graduate adviser, Barnes F. Lathrop: “Go where the evidence leads you, and you’ll always be all right.” I find myself repeating this to my own graduate students. I add that following this seemingly obvious, though not always observed, admonition yields published work that likely will have a longer shelf life than much considered more fashionable at a given time.

As for my own history-related saying, I urge students and lay audiences to avoid what I call the “Appomattox syndrome” in approaching history—that is, avoid beginning at the end of a story and working backward to try to understand how and why it played out. Reading forward in the evidence, I stress, reveals far more contingency and militates against a sense of inevitability. Regarding the Civil War, beginning at the end supports the idea that both United States victory and emancipation were inevitable, something that would have come as a surprise to the wartime generation as late as the summer of 1864 (though Lost Cause architects labored, retrospectively, to persuade people that Union manpower and resources made Confederate success impossible).

I have three co-editing projects in progress right now with UNC Press, LSU Press, and Fordham University Press. I also am working on a book-length exploration of how Americans understand the Civil War—in both the scholarly arena and in popular culture. I have written a good deal about the difference between history and memory, including how cinematic interpretations affect popular historical understanding, and this book will allow me to extend that part of my work.