The Shameful Way Donald Trump Is Like Andrew Jackson 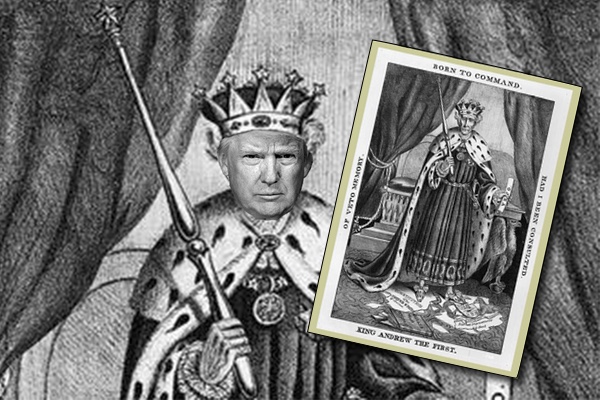 Donald Trump avows his admiration for Andrew Jackson and seeks to identify with him. He displays a portrait of Jackson in the Oval Office, visited his estate at Nashville (The Hermitage) to observe Jackson’s birthday, and criticized Obama’s decision to remove Jackson’s picture from the twenty-dollar bill. President Trump has never enumerated the aspects of Andrew Jackson that particularly appeal to him, but it is not difficult for a historically-minded observer to see what the seventh President has to offer our current one. Jackson was a strong nationalist, as Trump aspires to become, a commanding personality, such as Trump imagines himself, and did indeed rally a nineteenth-century version of the provincial American working class, which Trump has made his own constituency. In Jackson’s case this meant small farmers; in Trump’s, white blue collar workers. Jackson’s nationalism expressed itself in denunciations of foreign countries and could be directed against Mexico, making it particularly suitable for Trump. 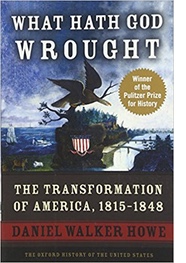 But the congeniality of Jackson’s nationalism to Trump’s purposes goes deeper. Jackson’s was a racial form of American nationalism. To identify as an American in Jackson’s sense was to identify with the white race. Jackson rallied his followers against the American Indians by promising that the Indians’ land would be made available for white settlement once its present occupants were “Removed.” “Indian Removal,” with capital letters, proved the principal achievement of Jackson’s presidency in its first year, and defined who his supporters and opponents would be for the rest of his term. In practice, Indian Removal meant forcible expulsion of people from their historic lands, marching them under military supervision for hundreds of miles to locations that might be very different in climate and environment from what they were accustomed to. Groups might even be relocated onto lands that had already been assigned to someone else. Indian Removal betrayed earlier government assurances that Native peoples could remain in place provided they pursued the way of life of Western Civilization and assimilated. An analogy exists to Trump’s avowed policy to round up and displace millions of “illegal immigrants.” The betrayal of the promise of assimilation to the Indians seems parallel to the betrayal of the American Dream for many of today’s immigrants, especially if they are Mexican or Muslim.

The Indians were not the only racial group targeted by Andrew Jackson. Jackson not only practiced and profited from black slavery on a large scale, as President his policies consistently supported and strengthened the institution of slavery. He halted the efforts his predecessor, John Quincy Adams, had made on behalf of international cooperation in suppressing the illegal Atlantic slave trade, though all other maritime countries approved it. When Charleston, South Carolina, would jail any free black sailors who dared come ashore from Northern or foreign ships, the Monroe administration declared the practice unconstitutional. Jackson’s administration reversed the finding.

Jackson even sacrificed white people’s freedom and privacy to prevent the delivery of antislavery publications in the South. Federal law required the United States Post Office to deliver mail to the addressee, but when Northern antislavery publications began to mail copies to Southern addresses, Jackson immediately told his Postmaster General how to prevent it. In those days people had to go to their local Post Office to pick up their mail. Put up a notice at the Post Office, he directed, saying that mail had arrived for so-and-so which the postmaster is sure they don’t want to receive. However, if they publicly request it, the mail will be given them, to comply with the law. Jackson well realized that, in the South, anyone known to request antislavery messages would be targeted for persecutions, maybe violent, until they had to move away. The Postmaster General followed Jackson’s plan, and it worked as intended. No one ever requested their antislavery mail.

Of course, President Trump probably doesn’t know a lot about President Jackson’s particular policies. But he is certainly aware that Jackson has fallen out of favor with many historians and public commentators—members of the elite that Trump likes to defy. Like Trump, Jackson came to the political system as an outsider, whose candidacy for President was not taken seriously at first by the political establishment. As a fellow “outsider” to respectable opinion, Jackson appeals to Trump.

There are, nevertheless, significant differences between these two Presidents, as informed observers have pointed out. An obvious one is that Jackson was born poor and Trump rich. Another that has shown up already is Jackson’s greater experience as a political decision-maker. Even though considered an outsider to presidential politics, Jackson had pre-presidential experience as a military commander, territorial governor, member of Congress, and (even) justice of the Tennessee State Supreme Court. Trump’s more restricted experience as a business leader does not yet seem to translate effectively into running the White House and managing legislation.

A significant difference between the two Presidents has yet to receive public notice. Trump has been enjoying support from Evangelical Protestants. Jackson did not. Evangelicals mobilized against his Indian policy because they identified with tribal members who had converted to Christianity, and they recognized Removal as a betrayal. Denied political participation, the Native Americans depended on white sympathizers to help make their case. Christian missionaries to tribal communities proved courageous leaders in the unsuccessful fight against Indian Removal.

In sum, President Trump has correctly identified a precursor with whom he shares a lot in common. But what he and Andrew Jackson have in common is not always to the credit of either.