Adam Laats is Associate Professor of Education and History (by courtesy) at Binghamton University (SUNY). He is the author of The Other School Reformers: Conservative Activism in American Education (Harvard University Press, 2015). He blogs about school and society at I Love You but You’re Going to Hell. 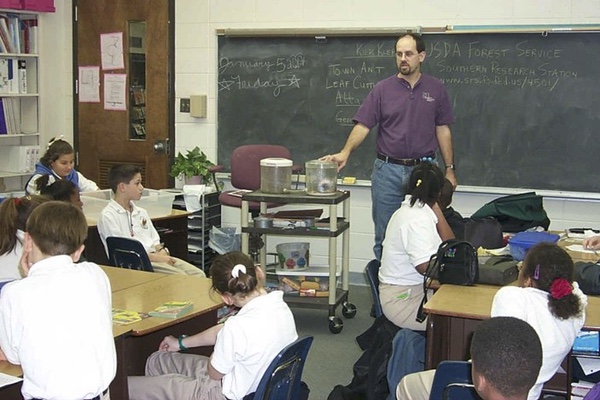 Trump’s first hundred days may not all be sunny. In at least one area, though, his honeymoon with conservatives continues. By “restoring local control” of public schools, as he promised to do last week, he might think he is giving educational conservatives what they have always wanted. The conservative quest for “local control,” though, hasn’t always been as simple as it has seemed. 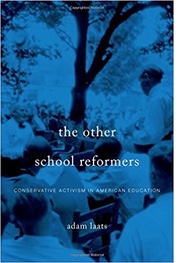 In his recent executive order, President Trump directed Education Secretary Betsy DeVos to conduct a 300-day inquiry into the relationship between federal and local control of public schools. The review, an Ed Department official promised, will put local leaders in charge of “what happens in the classroom.”

Back in the 1930s, for example, conservative stalwarts in the American Legion battled hard against the educational influence of the federal government. Their complaint was not with government influence itself, however, but rather with the fact that government influence was going in the wrong direction. As one pamphlet warned, federal school policy had fallen prey to a “well-organized plan to wrest from us our publicly supported institutions of learning and use them to proselyte for this ‘new social order.’ ” The education policy of the federal government, in other words, had been taken over by subversive self-appointed leftists.

When he was in charge of the Texas state school board, for example, the conservative school activist Don McLeroy said it again and again. He wanted to take back control of Texas schools. Not from the federal government, but from the experts who had been allowed to sneak into positions of federal power. “I disagree with these experts,” McLeroy shouted in 2007, “Somebody’s got to stand up to experts.”

The real problem, for Dr. McLeroy and so many other conservative educational activists, is the influence in federal school policy of a coterie of self-proclaimed “experts.” Too often, those experts have pushed schools toward evolution, multiculturalism, and leftism.

When the experts were on their side, however, conservatives have not cared much about local control.

Back in the 1920s, for example, the leader of the resurgent Ku Klux Klan embraced a federal role in education and copied wholesale the recommendations of educational experts. It made sense. During World War I, the National Education Association advocated a ferocious anti-immigrant platform, one that would use public schools to effect “the complete Americanization of millions of foreigners.”

Klan leader Hiram Evans rejoiced. Yes, he agreed, the federal government should be given sweeping control over local schools. Like the wartime NEA, he hoped such power would help public schools “grind out Americans like meat out of a grinder.”

Some of today’s leading conservative intellectuals also want more power to educational experts—as long as they’re the right ones.

William J. Bennett, for example, tried hard to convince his fellow conservatives that the Common Core State Standards were a good idea. Undiluted federal influence was bad, Bennett conceded in 2014. But the Common Core was a conservative idea, he insisted, created by a conservative group of educational experts, empowered back in the glory days of the Reagan White House.

Other conservative intellectuals have agreed. As Chester Finn and Michael Petrilli have argued, when Bennett was in charge of federal education, he took “serious steps” to move it in healthy, conservative directions.

What is it that conservatives want out of public schools? It makes sense for President Trump to think that “local control” is the ultimate conservative dream. In fact, however, conservatives have usually been after bigger game.

True, conservatives have often lamented the influence of the federal government in local schools. But the real complaint has been about the overweening influence of secular, leftist experts in federal education policy.

If and when the federal government is under conservative control, conservatives have been all for it. Ironically, then, by putting arch-conservative Betsy DeVos at the helm, President Trump is promising his conservative supporters local control just when they won’t want it.