The GOP Is Fast Undoing the Good Deeds of Richard Nixon 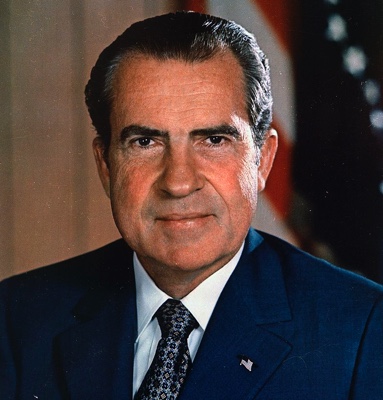 Nixon remains our most controversial President, and every time some new revelation comes out about the Watergate and related scandals under his Presidency, his reputation in history suffers further.

But the reality is that, for all of his faults and shortcomings Nixon actually accomplished in domestic affairs an agenda which marks him, despite everything we know, as the most “progressive” Republican President since Theodore Roosevelt.

And now, the positive legacy of Richard Nixon in domestic policy, an area usually overlooked by many, is facing final repudiation by the Republican Party that he led for nearly a generation. The Republican Party wished to ignore him because of the scandals that brought him down, but now they are attempting to wipe out all of the changes he brought about by his pen, which a majority of Americans support. If Trump and Paul Ryan are successful, Nixon’s impact will be far less than one might have thought when he resigned in 1974.

Richard Nixon had innumerable battles with the opposition controlled Democratic Congress during his five and a half years in the White House, but he also cooperated with them in signing into law many Democratic initiated reforms in domestic policy. Had he chosen to use his veto power, much of what was accomplished would not have become law. One could say correctly that in many respects Richard Nixon continued the Great Society domestic agenda of his predecessor, Lyndon B. Johnson.

Nixon signed the law creating the Environmental Protection Agency in 1970, which has done so much good work in the past 47 years, but is now on the chopping block of its new head, Scott Pruitt, who seems hostile to controls on industrial pollution, indifferent to the fate of wildlife, and suspicious of science. Nixon also signed specific laws to regulate air and water pollution, and expanded national park land under the protection of the Department of the Interior. Now there is discussion of allowing mining in the Grand Canyon and in other national parks, and even privatizing national parks.

Nixon also signed legislation that established the Consumer Product Safety Commission in 1972, an agency that has had such a positive impact, and laid the basis for the Consumer Protection Financial Bureau, which was established under Barack Obama in 2010 (and advocated by Elizabeth Warren before she ran for the US Senate). President Trump and the Republican Congressional leadership have no qualms about destroying this important area of government regulation.

Another of Nixon’s very significant government initiatives was to establish the Occupational Safety and Health Administration in 1970. It’s now threatened with dissolution, due to the influence of powerful corporate interests which have no desire to consider the protection of labor conditions, as the profit motive is all that concerns them.

The establishment of the National Oceanic and Atmospheric Administration in 1970 was designed to make it easier to track storms, including hurricanes and tornadoes, but now there is a war on climate science in the Trump Administration, and no concern about the long-range effect of cutting funding and research in this and other areas of scientific research.

Nixon also approved major increases in Social Security, Medicare, and Medicaid, and began the Supplemental Security Income program, insuring a guaranteed income for elderly and disabled citizens. He introduced the concept of a “guaranteed income.” The proposal never went anywhere but showed a different mindset than we see presently in the White House, which seems hostile to any kind of long-term concern for the poor of this nation.

In the area of civil rights Nixon signed into law Title IX, which guaranteed equal access and opportunity to women in all educational and recreational activities in colleges, universities, and public education at all levels. Another law confirmed the principles of Affirmative Action. This has led to massive opportunity and advancement for groups that had historically been victims of prejudice and bias. The Trump administration seems committed to pushing an agenda explicitly designed to ensure the dominance of the white male European majority.

Nixon endorsed the proposed Equal Rights Amendment to the Constitution, which was also endorsed by his successor, Gerald Ford, and the GOP Party platform. It was subsequently opposed by Ronald Reagan. Today the Trump administration often seems downright at odds with women, opposing even Planned Parenthood’s efforts to provide birth control.

Finally, Nixon made four appointments to the Supreme Court, with one selection, Justice Harry Blackmun, proving to be a very progressive member of the Court. Blackmun wrote the majority opinion in the most controversial case of modern times, Roe V. Wade, the abortion decision, which the Republican Party has been trying to reverse ever since the 1980s. Now, with Donald Trump’s successful appointment of Neil Gorsuch to the Court, the odds that Roe will be reversed have been enhanced.

Once upon a time defenders of Richard Nixon like historian Joan Hoff could point to his domestic legacy as proof that there was more to his administration than Watergate. But the GOP today is working hard to see to it that what remains of his positive accomplishments are wiped out. That’s very unfortunate – for him and us.